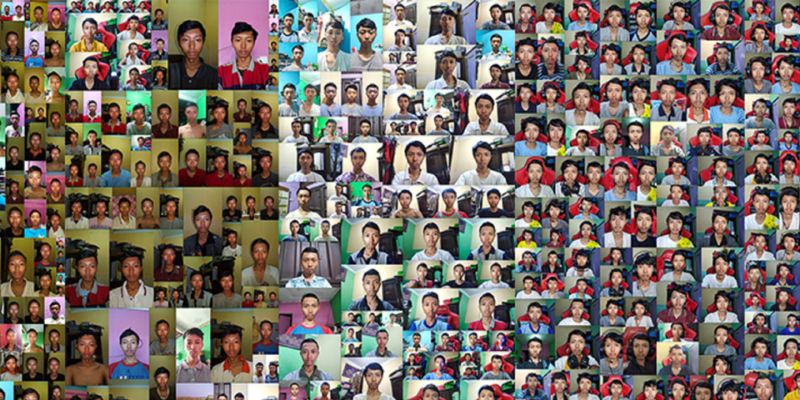 We’re all guilty of taking shameless selfies from time to time without a thought in the world. However, for one individual, it’s made them a millionaire.

What began as a “funny experiment” for Indonesian student Sultan Gustaf Al Ghozali has literally turned his life upside down.

The 22-year-old had been taking a selfie of himself daily over a five-year period when he decided to turn into a collection entitled ‘Ghozali Everyday’.

Harnessing the power of the blockchain, he created the collection into an NFT and, as the old saying goes, the rest is history.

Listing his photos on OpenSea – the world’s first and largest peer-to-peer NFT marketplace where users can purchase gaming items, domain names, digital art and any other items backed by a blockchain – Al Ghozali has seen insurmountable success.

What started as a joke on January 10 eventually blew up, leading to 933 sales. He initially started pricing them at $3 which amounts to (0.00001 ETH).

The student went on to sell hundreds of selfies earning over $1 million (Dhs3.67 million), something which truly baffled him.

“Today sold more than 230+ and until now I don’t understand why you want to buy #NFT photos of me!!!” he said on Twitter at the time. “But I think you guys for 5 years of effort that’s paid off.”

today sold more than 230+
and until now I don't understand why you want to buy #NFT photos of me !!!

but i thank you guys for 5 years of effort paid off pic.twitter.com/nHZJnowCMC

Al Ghozali has become a viral sensation, a millionaire and an NFT guru all from what started as a simple joke.

It just goes to show, you never know if your selfie could be the next big NFT money maker…