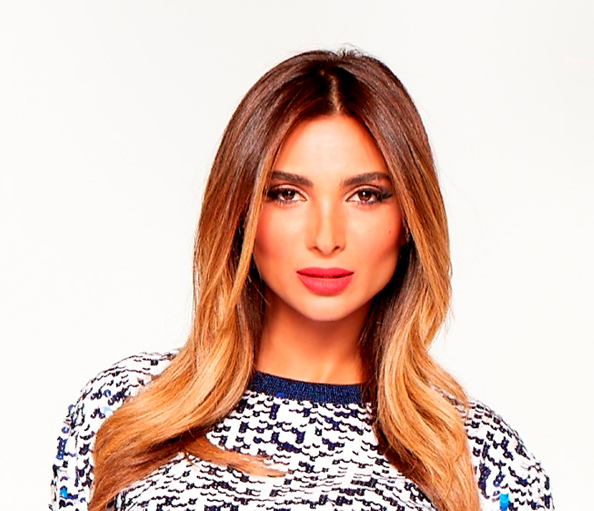 One of the most famous beauty brands in the world, Maybelline New York, has announced that TV personality Aline Watfa has become their first Middle Eastern ambassador.

The former Miss Lebanon finalist and presenter of popular fashion and beauty programme, Style on MBC1, will follow in the footsteps of supermodels including Christy Turlington and Adriana Lima to star in an upcoming ad campaign for the brand’s cult eyeliner, The Colossal Kajal, due out later this year as well as undertaking various promotional duties for the beauty giants.

Speaking about her collaboration with Maybelline New York, an understandably excited Aline said: “I am honoured and thrilled to have been selected as Maybelline New York’s very first Arab spokeswoman. I look forward to what lies in store for me ahead and am proud to continue the great work that the beautiful women who preceded me carried out!”

When asked what prompted the beauty giants to choose Aline as the face of the brand in the region, Laurent Duffier, General Manager of the Consumer Products Division & Maybelline New York in the Middle East revealed: “We wanted a spokeswoman that not only fit our brand values and DNA but also that our Middle Eastern audience loved and related with and we found a perfect match in Aline Watfa. She has great and valuable experience in the fashion industry which makes her a perfect fit for Maybelline New York.”

Catching her first big break on LBC’s popular live show Hawakom the beauty was approached to host her own TV show nine years ago and hasn’t looked back since. With a passion for fashion, beauty and lifestyle, she also shares her personal tips and tricks on her eponymous blog and social media channels, a medium she will undoubtedly use to document what is sure to be a blossoming partnership with Maybelline New York.