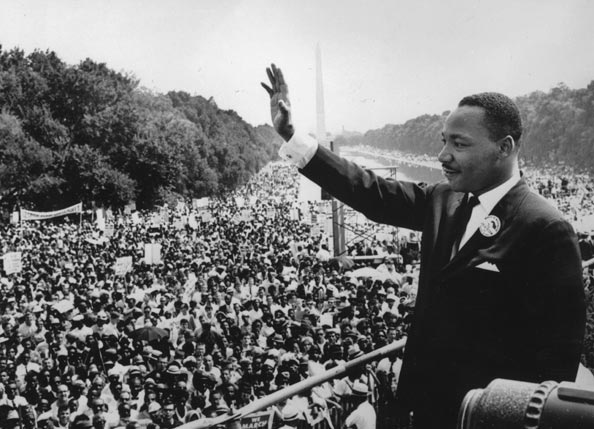 As the United States celebrates Martin Luther King Day today, here are a few lesser-known facts about one of the greatest humanitarians and leaders of the 20th century.

So this is what you probably already know about Martin Luther King: he played a leading role in advancing the civil rights of African-Americans and other underprivileged people through a strict policy of non-violent civil disobedience. His ‘I Have a Dream’ speech is one of the greatest pieces of public oratory in the world and is still a manifesto, which has relevance today. Here’s what else you should know…

• Martin Luther King was an incredibly bright student. He skipped two years of high school and enrolled in college at 15 years old with no formal high school qualification. By age 19 he held a degree in Sociology. He then went on to obtain a Bachelor of Divinity degree and a PhD in Theology. Ironically, although he is considered to be one of America’s greatest orators he obtained a C grade for Public Speaking at school.

• A 22-year-old Bob Dylan, along with Joan Baez, performed prior to Martin Luther King ‘I Have a Dream’ speech at the March on Washington in 1963. The march was attended by an audience of over 200,000 people and watched by millions on television.

• The day before his assassination he arrived in Memphis after his plane had been delayed by a bomb threat. He addressed an enthusiastic audience at Mason Temple with his ‘I’ve Been to the Mountaintop’ speech in which he indicated he might die prematurely. In the speech, he said: “And then I got to Memphis. And some began to say the threats, or talk about the threats that were out… Well, I don’t know what will happen now. We’ve got some difficult days ahead. But it doesn’t matter with me now. Because I’ve been to the mountaintop. And I don’t mind. Like anybody, I would like to live a long life. Longevity has its place. But I’m not concerned about that now… I’m not worried about anything. I’m not fearing any man.”

• In another ironic twist of fate, his autopsy report suggested that although he was only 39 when he died his heart looked like that of a 60 year old. Many attributed this to the stress he endured during the 13-year civil rights movement.

• U2’s 1984 hit song Pride (In the Name of Love) is about Martin Luther King. The lyrics that reference the assassination are factually incorrect: “Early morning, April 4 / Shot rings out in the Memphis sky / Free at last, they took your life / They could not take your pride” – King was shot around 6pm in the evening, not in the morning. The band acknowledged the error and often replace ‘early morning’ with ‘early evening’ when performing live.

• King’s murderer was believed to be James Earl Ray who was arrested at London Heathrow airport. He was extradited to Tennessee, Illinois and was charged.  He confessed to the murder on March 10, 1969 but three days later recanted the confession. He said a man he met in Québec, with the alias Raoul, was behind the assignation. Ray got a 99-year prison sentence. There are conspiracy theories suggesting he was a scapegoat.

• The FBI and Memphis Police Department came under scrutiny after the assassination because they had removed the security detail that met Martin Luther King’s  party at the airport, one hour prior to the assassination. They believed that it was unwanted by King’s company. A detective who was assigned to conduct surveillance from a fire station across the road from the motel where King was staying, and was killed, was removed two hours before the assassination because there was a perceived threat to the detective’s life. After King was shot there were several police officers in the immediate vicinity but they were ill-prepared to deal with such an emergency, even though it was clear that King had been under threat. They failed to secure the area, therefore indirectly abetting James Earl Ray’s escape.

New film, and historical drama, Selma, starring, Cuba Gooding Jnr and Oprah, is based on the 1965 Selma to Montgomery voting rights marches led by James Bevel, Hosea Williams, and Martin Luther King. The marchers faced prejudice and gross violence, but continued to walk, showing the desire of black American citizens to exercise their constitutional right to votes. “What happens when a man stands up and says enough is enough?” asked Martin Luther King.