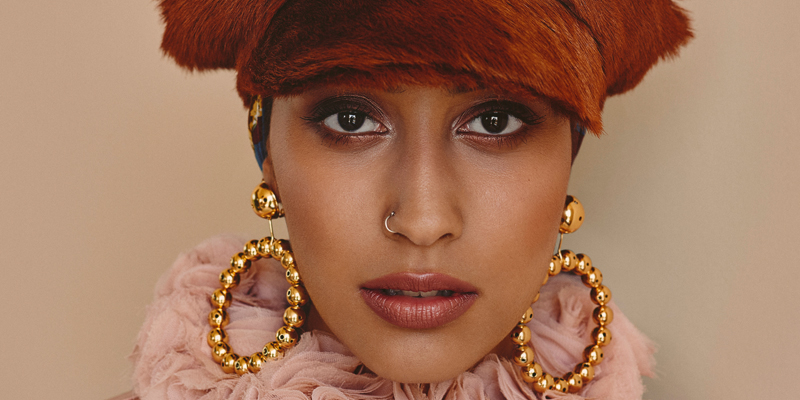 Model, Muslim, game changer. Twenty-five-year-old Mariah Idrissi is changing the face of fashion on a global scale – an impressive accomplishment for a former retail manager who shot to fame, literally overnight.

Born in Kingsbury, north-west London, Idrissi is the daughter of Pakistani and Moroccan parents. She had a modest upbringing with her two brothers and confesses that school life was at times, tough. But that didn’t stop the model following her passion for drama, art and poetry.

Read:
Michael Cinco gets super romantic with this blush-pink wedding gown
Did you know Amal Clooney’s sister has a fashion label?

At just fourteen she performed alongside poets at a local theatre, cementing her passion for the creative arts. Little did she know, she was preparing herself for the global stage.

Fast-forward almost ten years later to when a casting director approached Idrissi while she was working at a children’s shop at Westfield Shopping Centre in 2015. 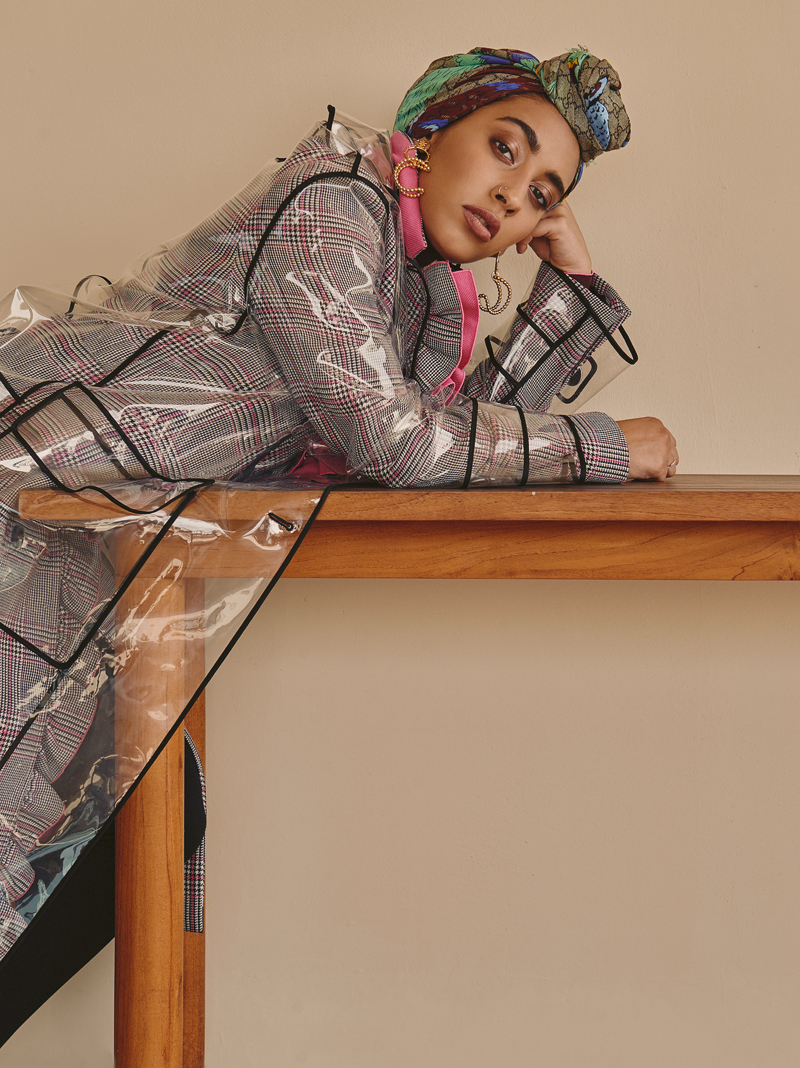 “The agent just walked up to me and asked if she could take my photograph because she liked my look,” Idrissi recalls. “I was taken by surprise but she said I could potentially make some money on the side, and that she would be in touch. I didn’t really think about it that much until I got a phone call two weeks later.”

This was the telephone call that was to catapult Idrissi onto a journey that she could never have imagined.

Read:
Nike just signed up this iconic hijabi model to star in its new campaign
Ones to watch: Our favourite models from the region

“The agent called me and said that she had a cool gig with retailer H&M that I may be interested in, but even then I didn’t really think anything of it. It was weird for me because I was always into creative arts but never wanted to get into fashion. And I thought no one would ever see me in that two second clip in the advert!” she laughs.

The Swedish retail giant cast Idrissi alongside a diverse group of models of different sizes, ages, genders, ethnicities and varying degrees of able-bodieness in its sustainable fashion campaign Close The Loop, a short film to promote the recycling of old clothes at its stores. 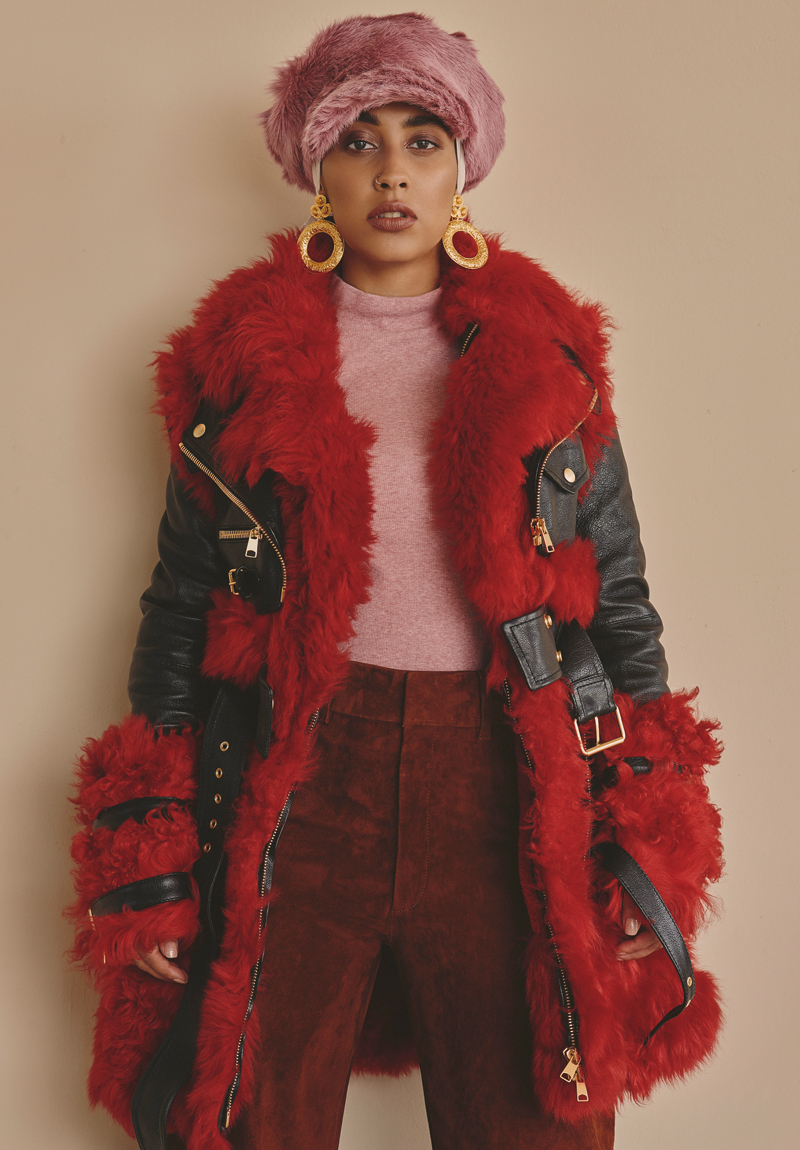 “It literally exploded overnight. I woke up the morning after the campaign went live to discover I’d made headlines and been thrust into the spotlight as the world’s first hijab-wearing model. The BBC called me that day and asked me to go on the news, and I instantly became known as a modest fashion expert and was thrown into public speaking.

“I remember my mother and I laughing! But I saw this as my chance to become a model beyond the conventional reasons. My community needed me to be their voice. I became not only a face, but a face and a voice for modest fashion. I knew I had a responsibility,” she explains.

Idrissi went on to work with several major news and radio outlets and garnered international interest, promoting a discussion about women not only wearing head scarfs for religious reasons, but as a form of style. She also started to be recognised as an influencer for modern women across the globe.

At the start of her new career, Idrissi confesses to being out of her depth. Remarkably, never before had a hijab-wearing model been signed by a professional agent (she was quickly snapped up by the renowned Select Model Management in the UK, and is represented by The AgenC here in the Middle East).

“It was a rollercoaster of a ride. I had to carve my own path as no one had done it before me. But it was so natural how it all rolled forward and fell into place. I knew I had to use my new platform for something good.”

One of Idrissi’s first major public speaking appearances was for a TedxTeen Changing the Face of Fashion talk at London’s O2 Arena in front of an audience of thousands, with thousands more tuning in via the web.

“I was nervous but it went really well,” she recalls. She used this opportunity to express her disappointment about the lack of diversity in the fashion industry. 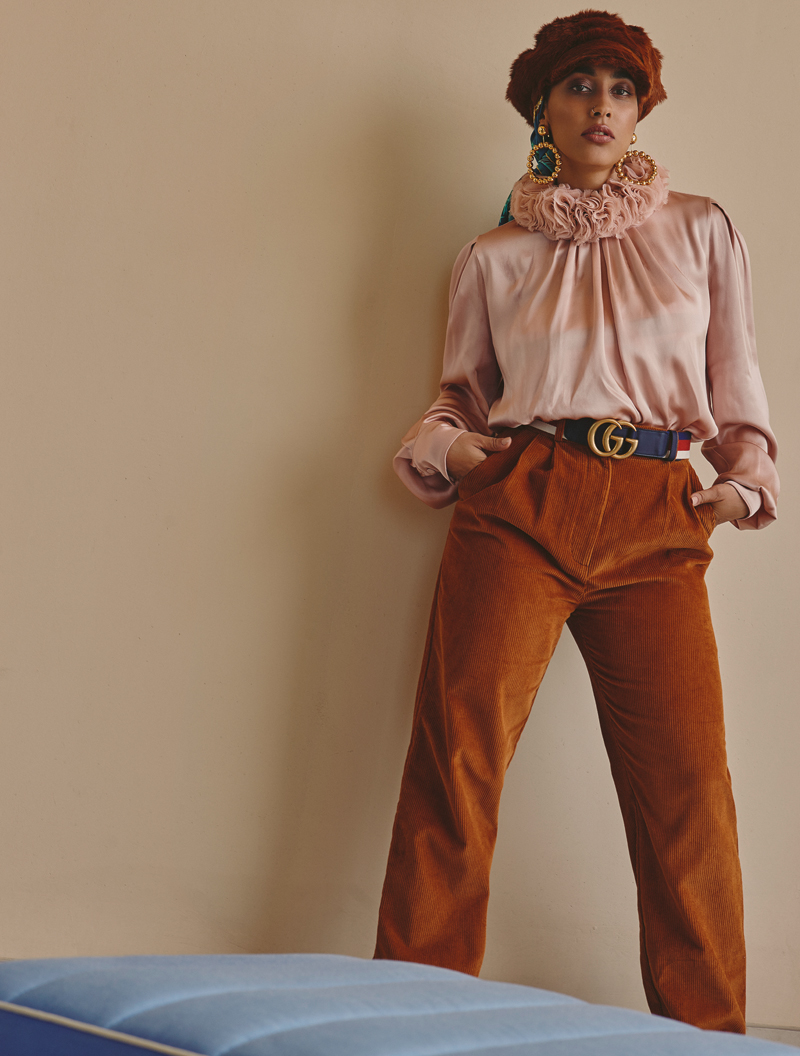 She explained that while retail stores in the UK often hired staff of different ethnicities, when it came to their advertising campaigns until that time, none of the major brands had ever used a woman who wore a head scarf. This was soon to change.

Thanks to that infamous H&M campaign going viral, designers, including Dolce & Gabbana, have started to take note by expanding their collections to cater for modest-style dressing. They’ve also begun including hijab-wearing models on the catwalks – notably Muslim model Halima Aden who was the first to walk the runways in New York and Milan just this year.

But Idrissi explains that we still have a long way to go. Sharing that message is a responsibility she doesn’t take lightly.

It’s not only about changing perceptions in fashion for Idrissi, but changing the narrative surrounding Muslim women in general. It’s a topic she’s passionate about and a stereotype she’s tried hard to offer an alternative to. And although she’s broken new ground as a model, she’s also found success in being a role model for other young Muslims.

With her social media platforms steadily growing (she has just shy of 60,000 followers on Instagram) women often reach out to express their gratitude and share their own stories after being inspired by Idrissi’s journey. 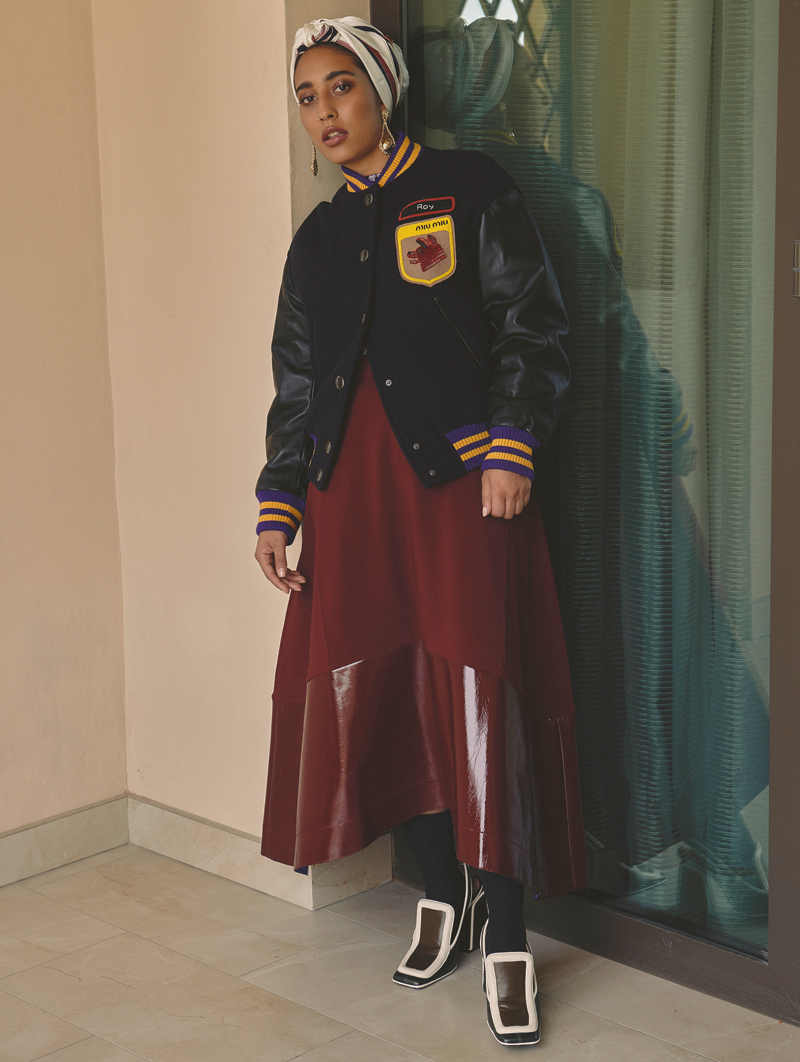 “One lady messaged me and told me she was from a small village in France and in that area they didn’t hire girls in hijabs to work in their retail stores. Once people saw the H&M campaign they protested outside shops demanding they be hired – and it worked. That was a really nice story for me to hear.”

“Actress Yara Shahidi from Black-ish is really cool, I follow her and she follows me back! I also love Huda Kattan. I think she’s the ultimate beauty game changer. She’s a boss. As well as having her own success she’s taught people to support one another and not be so competitive. She highlights individuality, which I admire.”

Idrissi explains that it hasn’t always been smooth sailing in her career. “I’ve had a few people say that modeling is a contradiction of a modest way of life, but I’m careful to pick and choose what I do and only work with brands that I believe in, and I’m dedicated to using my platform for other things.”

In addition to modeling, Idrissi is a passionate humanitarian. She works closely with Human Care Syria and endorses their Women’s Hygiene and Sanitation project. She has also been a part of the National Health Service social action campaign to drive donors to register and give much-needed blood to the UK’s health system. “My mother has always been involved in charity work, so it felt natural for me to follow in her footsteps,” she says.

A self-confessed history nerd, Idrissi spends a lot of her spare time visiting museums and castles.

“For me it’s so therapeutic. It’s like studying but not in the traditional sense of just reading a book. I just appreciate learning,” she says. “I also love Disney. I’m obsessed. I won a competition to go to Disney World in Florida when I was fourteen and now I go back at least once every year.”

When she isn’t chasing Mickey Mouse, Idrissi listens to music (she loves Rihanna) and enjoys traveling to other destinations across the map. She visits Dubai, Turkey and Morocco often, and says the Dominican Republic has the best beaches in the world. 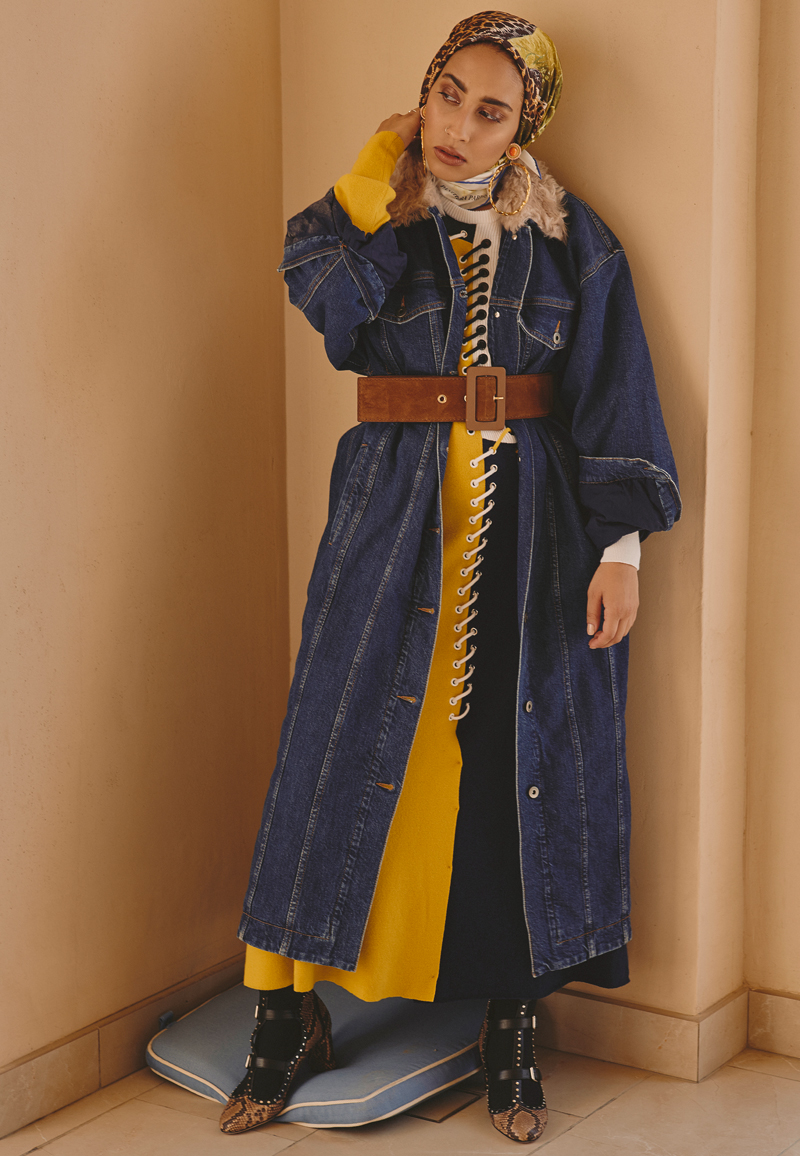 When it comes to fashion she believes  “we have more than enough choice these days. Today I’m wearing an abaya because it was easy, but a lot of the time everything I wear is from regular stores, from mainstream designers. I find it easy to mix and match to create a modest look – which also happens to be on trend now anyway. I think a lot of stores have started to realise that women, no matter their religion, want to cover up a little more, so we have more variety now.

“It’s the marketing side of things that needs to catch up and be more diverse, which is what I am trying to change. They need to show people how to create a modest look that’s stylish, using different models. I also offer brands strategic marketing advice – this is an extension of my modeling work, I don’t just want to wear the clothes, it’s important for me to also be behind the scenes engineering the change I want to see in the industry.”

On a daily basis Idrissi keeps her makeup look simple. She follows a strict skincare routine of cleansing morning and night, and using a facial exfoliator once a week. 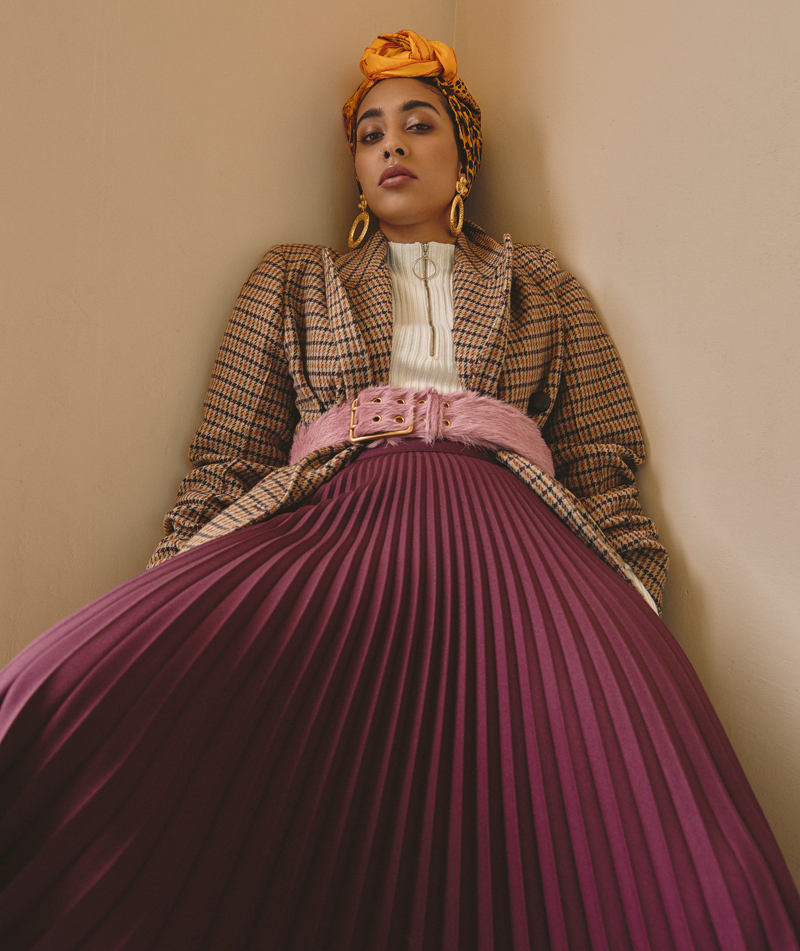 “If I’m going out, my signature look is winged liner with a nude lip. I also like to play with colours. I’ll do a simple eye with a really bold lip colour like blue or lilac. I’m a fan of M.A.C lipsticks. I also have something really exciting coming up next year with a beauty brand.”

So what does the future hold for Idrissi? She’s on a mission to push the boundaries both personally and professionally, plus she reveals that she would like to move into film.

“I wanted to get into acting but because I wore a hijab I felt like it wouldn’t be an option for me, so during my studies I learnt how to create movies instead. But my dream is to be in a Disney film or be the voice of a really cool character like Jasmine, or a funny animal. Even though life has brought me different opportunities I haven’t forgotten my love of film.

“Now I’ve made it as the first hijabi model, surely I can make it as an actress too…”

Beauty
Valentine’s Day 2023: The ultimate luxe gift guide for your loved ones
5 hours ago