It’s been an important week for diversity in the fashion industry. First we had more black models strutting the catwalks during Fashion Weeks, then there was a successful social media campaign that put Middle Eastern beauty on the map, and now H&M, for the first time, has featured a Muslim woman as the face of it’s campaign.

The beautiful Mariah Idrissi is H&M’s first Muslim model, starring in the high street brand’s fabulous campaign video about sustainable fashion. The one and a half minute film, shows a plethora of models with a commanding voiceover explaining new trends for the season – “Wear brown shoes after 6pm… wear a hat indoors… wear a short skirt after 40… wear a short skirt if you’re a man… stand up… mix in… wear shoes with sandals… look chic, look sheikh…”

The short film, Close The Loop, which also has a small cameo from Iggy Pop, is filled with the young, the old, plus size models, models of every ethnicity and even an amputee with a prosthetic leg because, as the voice of H&M explains, “there are no rules in fashion but one: recycle your clothes.” 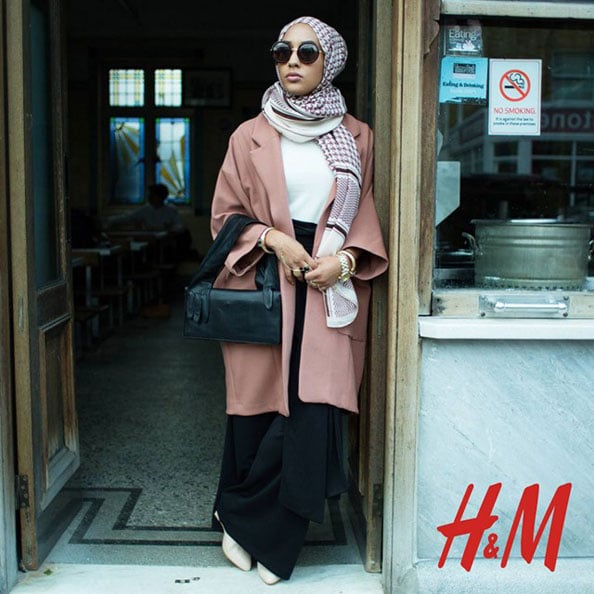 Despite breaking down barriers in the industry, the main message is to be more conscious with your clothes. “Leave your unwanted garments in any of our 3,300 stores. We reuse them or recycle them into new clothes,” reads the finale message. “Recycling one single T-shirt saves 2,100 litres of water.”

By avoiding the stereotypes, H&M has received rapturous comments. Blogger, Muslim Girl, said of Mariah Idrissi, who wears a headscarf in the film: “Mariah Idrissi didn’t just model for an ad campaign, she awakened the people. In a simple and quiet way she made others look at a Muslim woman without fear or contempt but with a healthy curiosity. Mariah opened a conversation that has always been strained.”