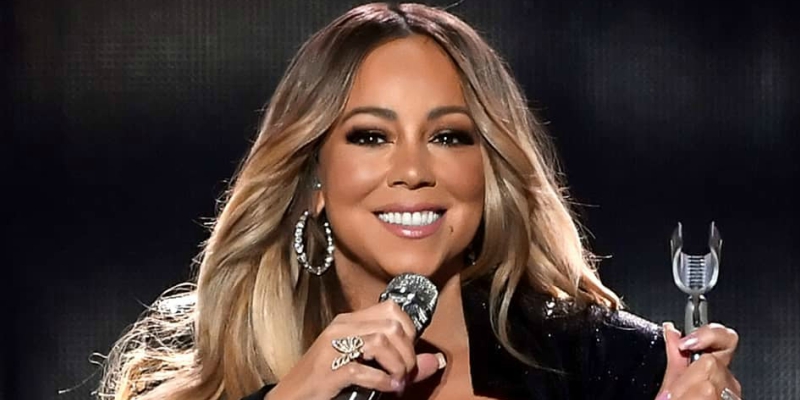 American singer Mariah Carey, rang in the New Year with a performance of her biggest hits at Nikki Beach Saint Barth. She stole the show in a glittery floor-length dress by Kuwaiti designer Yousef Al-Jasmi.

The singer took to Instagram to share a picture after the performance of her in her dress, which she captioned, “I couldn’t have asked for a better way to ring in 2019 than performing in such a magical place!”

The dress is from Kuwaiti designer Yousef Al-Jasmi, who is know for his love for sparkle. Mariah’s silver sequin fitted dress, featured a plunging neckline and a lot of crystals. She completed the look with wavy locks, a diamond necklace, silver bracelets, and simple make up.

This is not the first time that the 48-year-old dazzled in a look from the Kuwaiti label. She was seen sporting ‘Jasmico’ on two other occasions. She wore a black sparkling fitted dress from the Khaleeji designer for the 2018 American Music Awards.

She also wore a Yousef Al-Jasmi piece while being presented with a star on the Walk of Fame at Hollywood Boulevard in 2015.