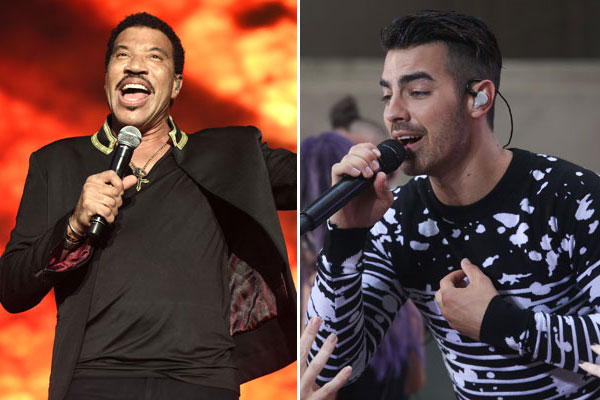 Yes, it’s none other than Lionel Richie, who’ll have us dancing All Night Long when he plays at the capital’s after-F1 party on Saturday November 26.

The Chemical Brothers will be taking to the stage on Friday November 25, and Rihanna will follow Richie to perform on Sunday November 27.

This will be the eighth annual post-race concert held in Abu Dhabi, and the second time the Dancing on the Ceiling legend has played in the UAE.

He first performed at the Dubai Media City Ampitheatre in 2014:

However there’s a catch – the F1 gigs remain exclusive to Abu Dhabi Grand Prix race ticket holders, so if you want to catch any of these acts in the flesh, you’ll have to snap up a pass.

Tickets start from Dhs525 for a day and are available from Virgin Megastores, Etihad Shops and online at YasMarinaCircuit.com.

Is super-catchy pop more your thing?

If so, you’ll definitely know last summer’s notable earworm, Cake by the Ocean.

Well, it’s been announced that the guys behind it, US band DNCE, will also be coming to the UAE (pretty good news after a month of cancellations).

If you want to nab tickets for the event, you can buy them at 117Live’s website where they start from Dhs350.