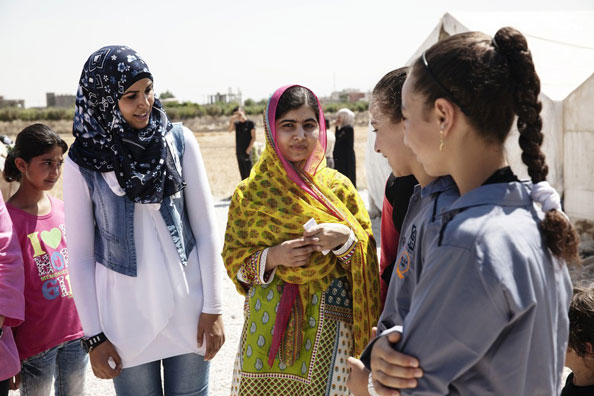 Most teenage girls celebrating their 18th birthday typically do so with decadent panache – wearing a designer outfit and partying with friends at some swanky venue – but not Malala Yousafzai, the inspirational Nobel Peace Prize winner marked her milestone by asking world leaders to stop “failing Syrian people.”

As if she couldn’t amaze us anymore, Malala Yousafzai‘s selfless birthday celebration was a poignant step in the raising awareness of the plight of Syrian refugees. While visiting the Malala Yousafzai All-Girls School, which, located near the Syrian border in Lebanon will provide quality secondary education to more than 200 Syrian girls living in informal camps and out of school in the Bekaa Valley region, the teenager said: “I am honored to mark my 18th birthday with the brave and inspiring girls of Syria.” 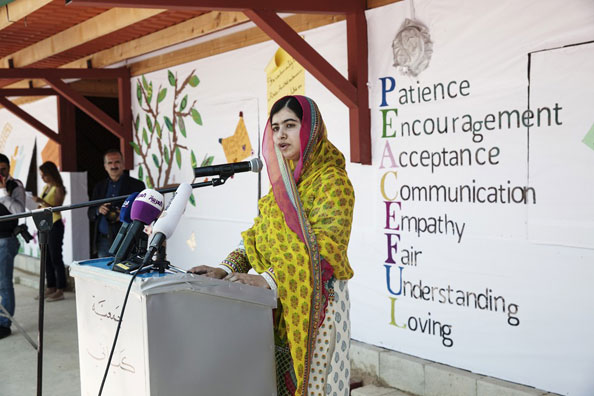 Malala Yousafzai makes her inspirational speech, raising awareness of the plight of Syrian refugees, on her 18th birthday

“I am here on behalf of the 28 million children who are kept from the classroom because of armed conflict. Their courage and dedication to continue their schooling in difficult conditions inspires people around the world and it is our duty to stand by them,” she added. “On this day, I have a message for the leaders of this country, this region and the world – you are failing the Syrian people, especially Syria’s children. This is a heartbreaking tragedy – the world’s worst refugee crisis in decades.”

The powerful speech was made on her birthday, a day which has been called Malala Day ever since her 16th birthday in which she made her first public speech since being targeted by the Taliban for her commitment to education. Malala was shot three times in the face by a Taliban soldier. Why? The young Pakistani human rights advocate was being punished for supporting women’s rights to education – the Taliban had banned girls from attending school in her native Swat Valley in northwest Pakistan.

Before the brutal attack, the brave youngster documented her thoughts on women’s rights to education in a blog for the BBC and even took part in a New York Times documentary about her life in the region. Her rise in prominence made her a target.

Yet, undeterred Malala has continued in her campaign to make the world a better and fair place.

As well as making the empowering speech, the Malala Fund – a non-profit organisation led and inspired by Malala to empower girls through quality secondary education – announced a grant of US$250,000 toward UNICEF and UNHCR efforts “to provide baccalaureate and life skills training to 200 Syrian refugee girls ages 14 to 18. The new curriculum will enable students to receive their baccalaureate or vocational degrees through the Lebanese Ministry of Education and Higher Education or the Syrian equivalent.”

Students who are unable to commit to the four-year educational programme will be taught skills that will help them find work or generate their own income.