Malala Yousafzai has just been accepted into Oxford University 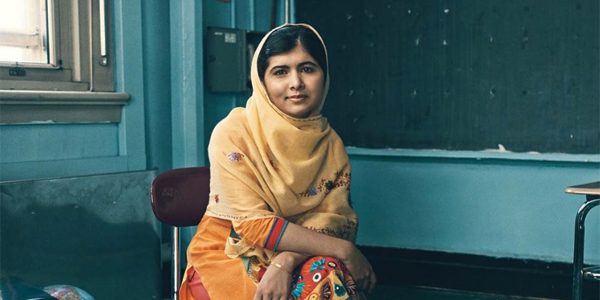 It’s a brand new chapter for the inspirational young woman…

At the age of 15, Malala Yousafzai was shot in the head for speaking out about girls’ right to education.

Fast forward five years, and the schoolgirl activist has just been accepted into the UK’s prestigious Oxford University.

The Pakistani activist, who is the world’s youngest Nobel laureate, shared the news via Twitter on Thursday. The post was retweeted 14,000 times, and among those to congratulate her was Harry Potter author J.K. Rowling.

So excited to go to Oxford!! Well done to all A-level students – the hardest year. Best wishes for life ahead! pic.twitter.com/miIwK6fNSf

In a blog post last month, the 20-year-old wrote about her last day of secondary school. She said she was thinking about the millions of girls around the world who, unlike her, would not get to complete their education.

Read more:
Malala Yousafzai Is The Youngest Ever UN Messenger Of Peace
Malala Spent Her Birthday Fighting For Girl Power In The Middle East

“I promise to ​keep fighting​ until the day that every girl can put on her uniform, pack up her books and walk to school without fear,” she wrote.

In 2012, Yousafzai was shot in the head and neck in an assassination attempt by Taliban gunmen on the way home from school. Her story led to an international outpouring of support, and she was transferred to Birmingham, England for lifesaving treatment.

The teen went on to make a full recovery, and has continued to campaign for young women’s access to education ever since.

She was awarded the Nobel Peace Prize in 2014, and this year was named the youngest ever United Nations Messenger of Peace – the highest honour that can be bestowed by the UN secretary-general.

Yousafzai will study philosophy, politics and economics at Oxford.