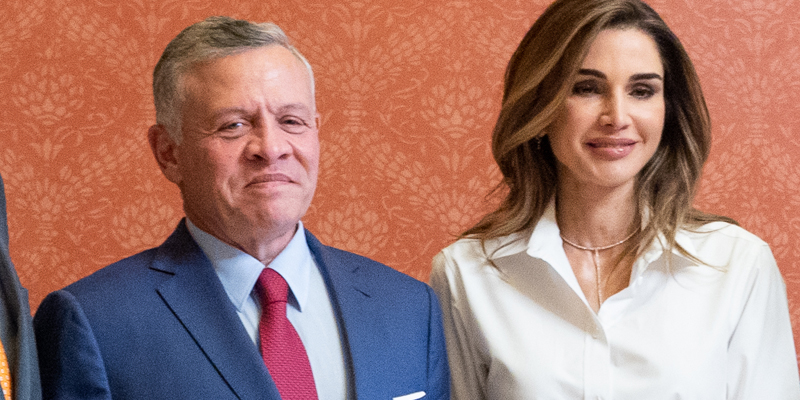 Queen Rania has launched a competition and the prize is incredible

The ever-stylish Queen chose a classic white shirt from Maison Makarem. The balloon short sleeve shirt was paired with a Sacai skirt to the meeting. The skirt was coloured in marigold and olive – two shades that played big at New York Fashion Week this September in the Oscar de la Renta and Michael Kors shows.

Maison Makarem first launched in the spring of 2015. Layal describes her fashion house as being created for women “not defined by labels or trends.” The Maison Makarem woman she says is “a reflection of no one but herself”.

The designer was born in Lebanon, before moving to Nigeria as a child and currently lives between Beirut and London with her husband and three children.

Love the blouse? Head over to Maison Makarem to pick one up