Mabrook! Sheikh Mohammed welcomes a new grandchild on his birthday 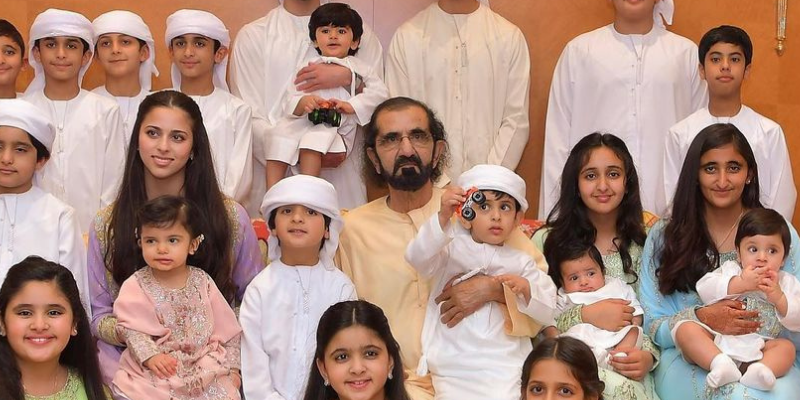 It turns out it was an extra special day for the Dubai Ruler as he welcomed a new addition to the family, a grandson.

As reported by Arabian Royal Agency, the couple named the newborn Maktoum.

Sheikh Majid and his wife wed back in 2014 and welcomed twins Mohammed and Dubai the following year in July 2015.

The couple then had another daughter Maitha in May 2017 and another son Rashid in February 2019.

To mark the birth of his new son, Sheikh Majid shared a photo of himself with his five children on Instagram. The newborn Maktoum was being held by his eldest brother Mohammed.

Sheikh Mohammed bin Rashid is known for being a family man, particularly when it comes to his grandchildren.

During Eid Al Fitr celebrations back in May, His Highness was seen with 23 of his grandchildren in a photograph posted by his son, His Highness Sheikh Hamdan bin Mohammed bin Rashid Al Maktoum, the Crown Prince of Dubai.