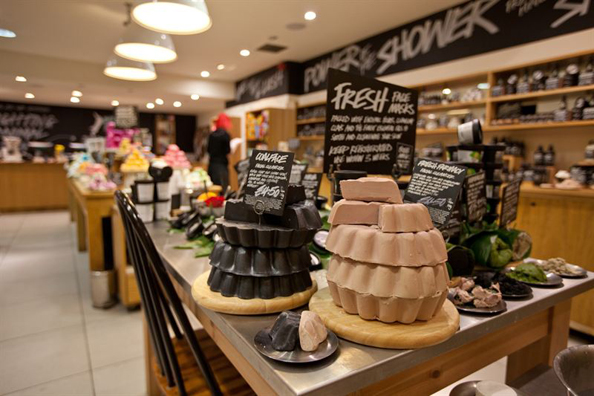 Coinciding with the start of the new school year, ethical beauty brand Lush is launching its first ‘Erase Bullying’ campaign in the GCC.

Working to highlight the pressures young people can face in today’s society, throughout the month of September the company will transform its shops across the Middle East turning into ‘compassion centres’ for customers. It will also be using its social media channels to highlight ways in which the public can help erase bullying and learn to be more accepting and kinder to one another.

The campaign has already had great success across the Americas where it was launched last year in response to tale of a Lush employee in Canada who admitted to suffering at the hands of bullies during his school years. Customers were encouraged to take part in the movement against harassing behaviour by painting over a selection of defamatory words written on Lush store windows by artist Bryce Evans and highlighting awareness for the campaign on social media. Stores in the region will receive a similar makeover but with Arabic words included and some original phrases taken out to respect the local culture.

The initiative brings to light a less talked about problem for youth in the area but an undeniably prevalent one. A survey carried out by the International Computer Driving License GCC Company, whose foundation advises children, last year revealed that one in three students in the UAE has faced some form of cyber or personal bullying during their time at school. Since then several committees within schools across the country such as Raffles World Academy have created student-led campaigns to stamp out any anti-social behaviour.

Renowned just as much for their charitable tendencies as they are for their cult products, Lush adopts an environmentally-friendly approach to all their packaging and has been the backbone of many philanthropic efforts involving areas such as animal rights, climate change and ocean preservation in the past.