Lush Bites Back With Campaign To End Shark Fin Trade 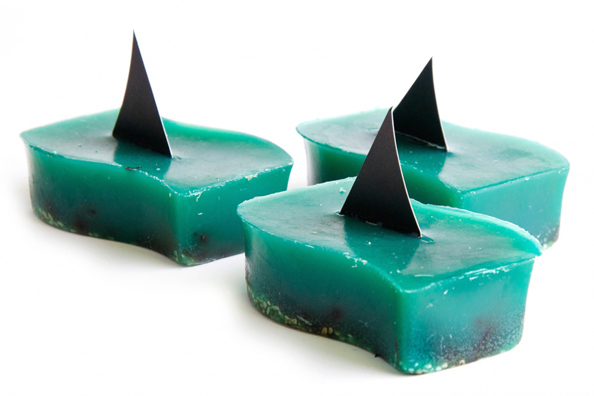 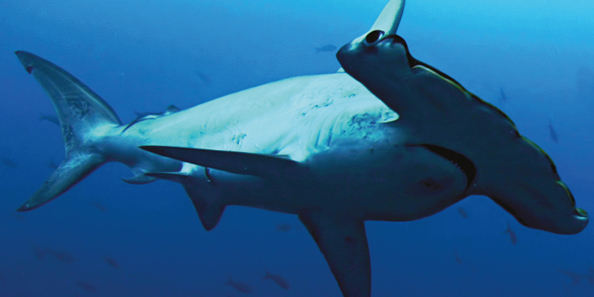 It’s almost unfathomable that an estimated 100 million sharks are killed annually primarily to feed the growing desire for ceremony and status in Asian markets. Lush Cosmetics is throwing their global retail weight behind the conservancy effort to save these endangered animals with their #FinFree campaign.

Almost two-thirds of annual shark kills are for their fins which are cooked into a brutally cruel culinary delicacy – shark fin soup. Needing only the fin to produce this ‘luxury’ dish, fisherman will often hack the fin off a live shark and return the animal to the water to face a slow death. Sharks are also killed, to a lesser degree, for other seemingly unnecessary purposes such as energy drinks, vitamins, pet supplements, dog toys, lipsticks, lotions, shark leather and vaccines.

Sharks together with skates, rays and chimaeras make up the chondrichthyan fishes (Class Chondrichthyes) and are part of a group of 1,000 species which have existed for about 400 million years. But it seems that unless urgent action is taken to curb the growing fishing trends, humans may be responsible for their complete annihilation which could destroy the earth’s already fragile eco-system.

Sitting at the top of the ocean’s food chain, sharks are responsible for keeping the delicate balance between species below the sea’s surface. There is a potential environmental disaster looming on the horizon as sharks have late maturity, slow growth and low reproductive rates meaning that we are close to the tipping point where it may be impossible for shark populations to recover from this largely unregulated and lucrative industry. Boris Worm, a marine biologist at Dalhousie University in Nova Scotia, and lead author of the study Global Catches, Exploitation Rates, And Rebuilding Options For Sharks explains: “Biologically, sharks simply can’t keep up with the current rate of exploitation and demand. Protective measures must be scaled up significantly in order to avoid further depletion and the possible extinction of many shark species in our lifetime.”

Because sharks are a migratory species it is imperative that there is a global movement to protect them – encouragingly many countries, including the UAE, have already signed agreements or legislation to ban the trade and to actively protect shark species.

In even more hopeful news, according to a recent Guardian article, sales of shark fin may be on the decline in China thanks largely to austerity measures put in place in 2012 banning shark fin from menus at state functions and an increased public awareness about the consequences of the eating shark fin soup. 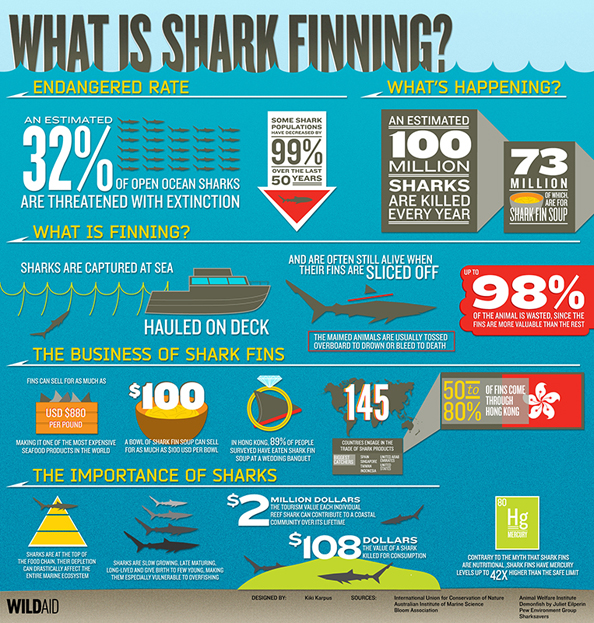 If you would like to contribute to Lush’s efforts to save the shark and our planet support their #FinFree campaign by signing the shark awareness pledge in-store. They are also selling a ‘Shark Fin Soap’ with vegan, cruelty-free ingredients including skin-softening seaweed, cleansing sea salt, lime and lavender throughout the campaign which will run from April 13 to 29, 2015. All profits from the sale will go to United Conservationists to support their FinFree™ movement.

For admirable campaigns to save our world by Lush, visit here.