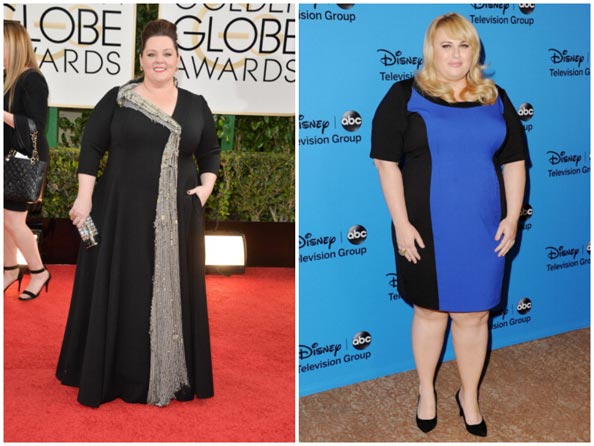 Returning from my Christmas holidays, feeling two stones heavier than when I left, I wasn’t surprised to see everyone in the office was on some form of detox or elimination diet. And I mean everyone, not just the women. Turn on social media and it seems over half the population is on a post-festive-period dietary wind down. Two people, however, are refusing to feel the pressure to slow down – actresses Melissa McCarthy and Rebel Wilson have made a no diet pact.

Melissa, of Bridesmaids fame, and Rebel, also popular for her role in Bridesmaids and Pitch Perfect, are both renowned for their curvy figures, and it seems they want to keep it that way. A source told RadarOnline: “Rebel and Melissa have known each other for five years and there’s a lot of love there. They’re agreeing with each other that they have to provide a positive image for girls everywhere.”

On a recent flight to Australia, Rebel proved she was keeping up with her part of the agreement, tweeting an image of her at the pancake station with the caption: “Thanks @virginAustralia for the aca-amazing flight to LA! There was an all-you-can-eat pancake station and awesome crew.” 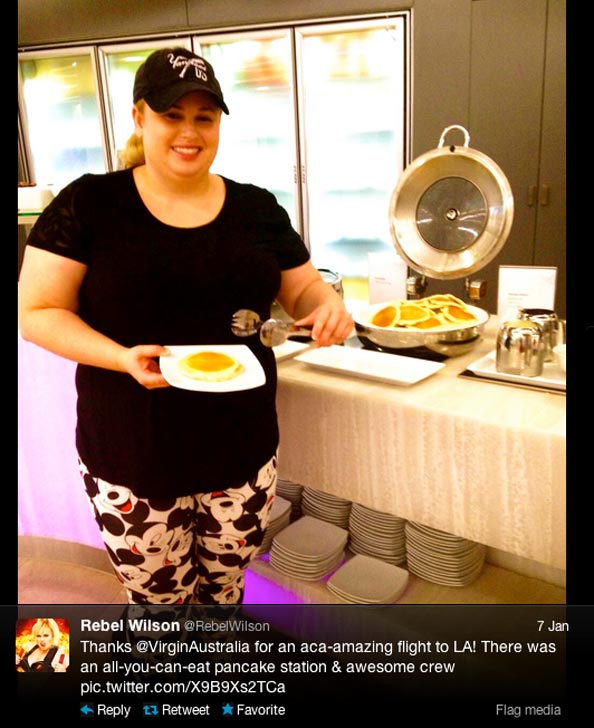 While stars like Nicole Richie seem to be shrinking before our eyes (allegedly thanks to a diet of sunflower seeds and chewing gum), it’s quite refreshing to see celebrities refusing to conform inspite of the intense pressure to look a certain way on the big screen. While it may have been one of the most controversial covers of 2013, Melissa McCarthy looked great in her Elle cover. The controversial part? She was covered by an oversized coat, which some thought was fat-shaming. However, it later transpired that it was the actress’ idea to wear the jacket. “I wanted it to look like a walk of shame,” she joked.

While Melissa’s weight has oscillated since her rise to fame, she has never been another one of Hollywood’s skinny minnies. She has embraced her body shape and even plans to create her own fashion range. “I’m working on a plus-size line,” she said. “I’m at a size where it’s hard to find something that doesn’t make me look like Ann B. Davis [Alice on The Brady Bunch]. God bless her. I love that woman, but I don’t want to dress like her.”

Unfortunately, even though Melissa seems confident with her image, she has had to deal with critics condemning her size. In one review for The New York Observer a journalist referred to Melissa as “tractor-sized” adding, “McCarthy… is a gimmick comedian who has devoted her short career to being obese and obnoxious with equal success.”

Her reaction? To immediately throw up all the food she had ever eaten and starve herself? No, the 43-year-old fought back, saying: “I felt really bad for someone who is swimming in so much hate. I just thought, that’s someone who’s in a really bad spot, and I am in such a happy spot. I laugh my head off every day with my husband [Ben Falcone] and my kids who are mooning me and singing me songs.”

Deep down that’s what really matters – happiness. Regardless of what shape or size we are, everybody wishes, ultimately for happiness. We can guarantee that even if we lose the weight and reach our targets, we still won’t be pleased – we’ll just find something else to scrutinise about ourselves.

So, while people may criticise Rebel and Melissa for their plus-size frames, at least they are happy. I just wish more people, including myself, could be more confident in their shapes to not care and feel the same. Maybe our New Year’s resolutions should be less about changing our figures and more focused on doing fun things, whether that’s pulling moonies or singing like Melissa’s kids.