Meet the Arab scientist recognised for her work with Artificial intelligence

This week marked the the sixth edition of L’Oréal-UNESCO for Women in Science Middle East Fellowship. Six Arab female scientists were recognised for their contribution in the region and among them was Dr. Maryam Al Yammahi.

Data science, including Big Data and artificial intelligence, are playing an important role in the fourth industrial revolution. Dr. Maryam’s research is based on leveraging data gathering, analysis and prediction to make better decisions.

We chat with Dr. Maryam about the future of AI in the region. 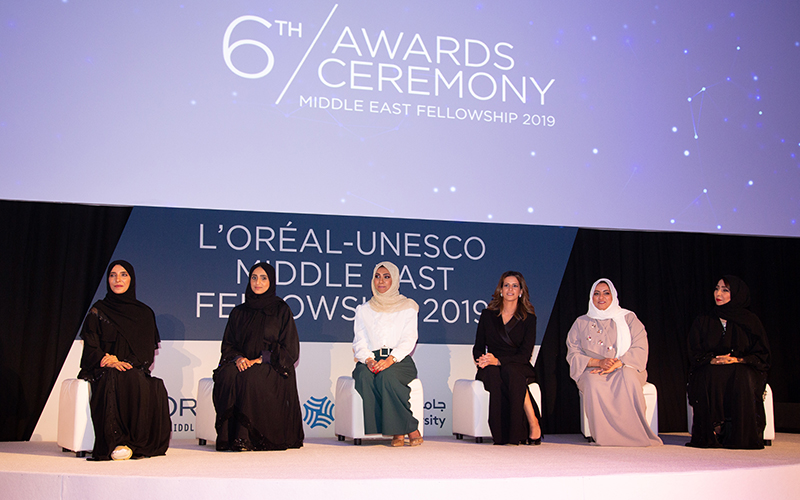 How significant will artificial intelligence become in the future?

Today, Data science including Big Data and Artificial intelligence playing an important role as main driver in many aspects and fields, especially within the new revolution of 4th industrial.

Within the current worldwide digital revolution, Artificial Intelligence (AI), also known as Machine Intelligence, is one the most dramatic technological changing aspects in the human nation. AI is one of Computer Science fields that is aim for simulating intelligence in machines so that they can think, feel, and make decision like human. You have probably heard of some today’s AI applications like Siri, Netflix, Alexa, Tesla, and many others. Not forgetting the robot that can play chess better than human can. These applications of AI and more are developed every day bringing us to unexpected future and thus having disruptive impact on most aspects of our life.

There are many governmental leaderships including UAE, China, and USA are advancing and embraced “innovation- driven” strategies to become premier in AI by 2030.

How is it being implemented today in the Middle East?

Artificial intelligence is one of the most trends in societies globally in the next 20 years, and despite this progress in this area, it is still at the beginning. Artificial intelligence helps us think differently and different thinking is the engine of innovation, invention and wealth in the new economy. This is what the UAE and its wise government are aiming for.

The future orientation of the UAE in artificial intelligence and its prestige in this field, but demonstrates its ability to match the recent technological advances, which will reflect a new revolution and a historic turning in the UAE and the middle east society.

The strategy of the UAE Artificial Intelligence targets its sectors of all kinds and all its government services mainly as well as the future infrastructure of the state, which seeks to achieve tangible progress in all fields and at various levels in order to achieve the first place globally for the UAE in the investment of artificial intelligence.

Artificial intelligence will create a new and promising market in the region and in the modern economy, which will increase the state’s economy and human development. It reduces the costs of transportation and project completion, and in turn achieves a remarkable rise in the country’s GDP.

What is the most fascinating discovery you have made during your research?

This project is contributing on the Data Science field, specifically, in Big Data problems. This research focused on very important subject of computational intelligence with Big Data systems. It is a new invented system and method for efficient access and retrieval of the information in Big Data systems.

I have successfully developed a unique program with great capabilities to process and analyse a huge amount of data. It is a program that can be seen as a more advanced Google search engine, because it filters out the most relevant information, which can then be used for a particular purpose. The advantages of this new system will benefit many sectors, especially information technology and artificial intelligence, as well as applied fields in any kind of data such as data in the fields of medicine, space and other fields

What advice do you have for anyone looking to follow the same career path?

My message to the women to purse their career in sciences is that: “ you are passionate; you are patient; your perseverant, then that’s makes you a good scientist , so be that and do not follow the majority”.

What is the best piece of advice you ever received?

Be consistent in getting whatever you are ambitious for.

What has been the biggest challenge you had to overcome?

Being a mother, a student and a researcher in one of the challenging fields. However, I believe that challenges create opportunities and facing those challenges was the motivation to finish what I have started and create an opportunity.