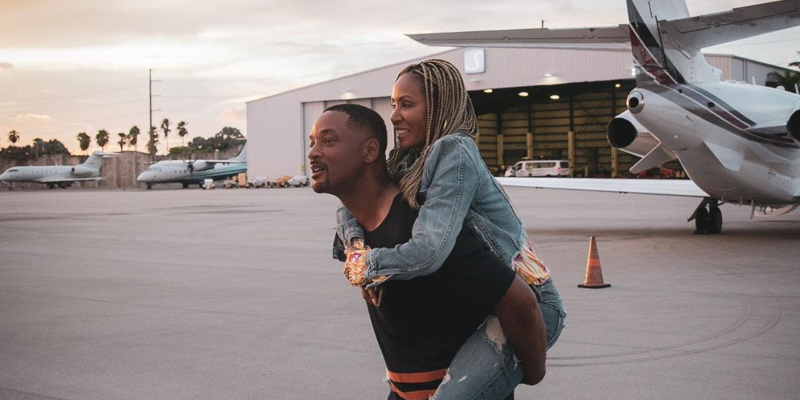 Hollywood royalty has touched down in Dubai it seems.

Will Smith and Jada Pinkett Smith appear to be in the emirate, with the latter leaving a huge clue in a recent Instagram post.

Sharing a photo of herself with her 10.7 million followers, Pinkett Smith was seen wearing a peach-coloured hijab, stating she was in the Middle East.

“I really think the colour peach in the Middle East … suits me,” she captioned the post.

However, it was the background of the photo that really gave it away. If we’re not mistaken, the couple seems to be staying at the luxury Bvlgari Hotel.

In the first selfie, Pinkett Smith posted, the balcony furnishings appear to give away her whereabouts. But it’s the second photo that really points to where she’s staying, as it showcases the signature patterned-like white detailing on the balcony, which is seen is almost all the Bvlgari Hotel rooms in Dubai.

It should be noted that the timing of when the photo was actually taken isn’t 100 per cent clear and nor has Smith himself posted to social media to share he’s in Dubai. 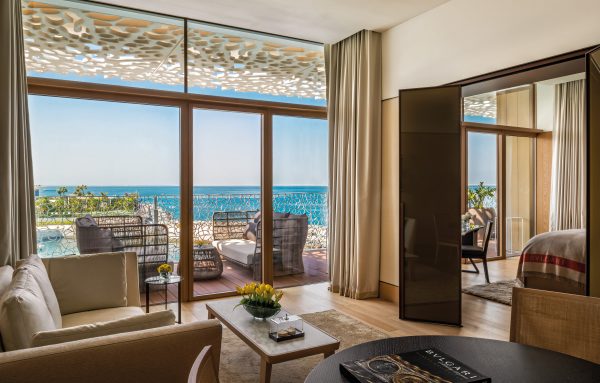 The last time the couple visited the emirate together was August 2019, when they were spotted at Emirates Golf Club with a fan.

Even more recently, back in February, the I Am Legend actor was seen in the UAE being photographed with UFC star Khabib Nurmagomedov.

It’s no secret Smith loves the UAE and has even previously called Dubai “his favourite city on earth”. The city even had a starring role in one of the six episodes of his Facebook Watch series Bucket List.

If the couple is currently here, team EW is very much hoping the A-listers will be sharing more of their trip.

Who knows, maybe we’ll bump into them at dinner?