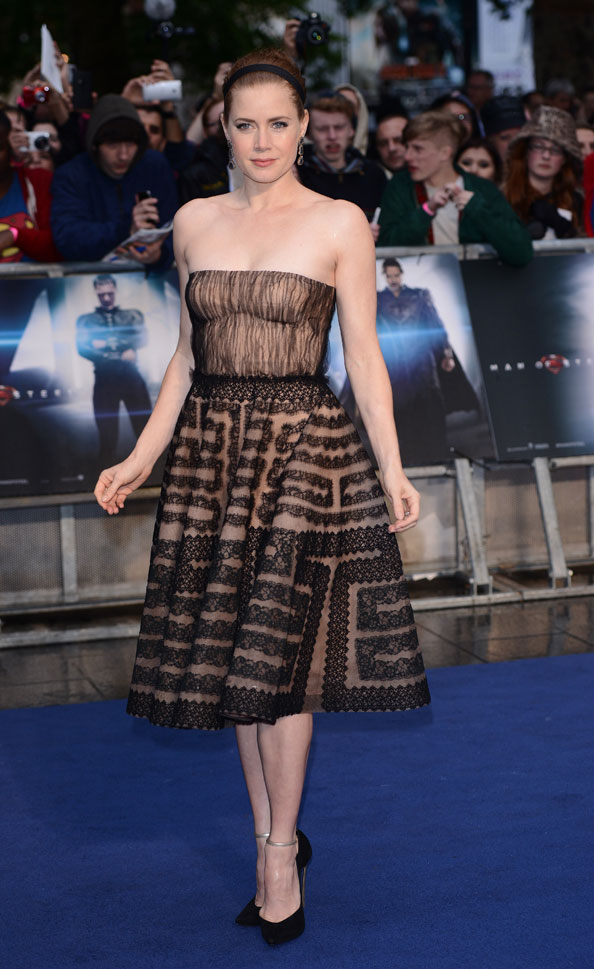 Last night Amy Adams wowed in a beautiful black and nude lace Valentino couture frock for the London premiere of her latest film, Man of Steel.

The 38-year-old actress teamed the strapless prom-style dress with black Casadei heels, jewel drop earrings and a slicked back hair do complete with a head band.

Amy snagged the coveted role of Lois Lane after dreaming about it since childhood. The redhead admits: “Superman is a touchstone of my childhood. Some of the films I’ve done have been quiet, affecting dramas but I grew up watching big movie spectacles like Superman and Star Wars. It was where my education and love of film came from.”

You can catch the mother-of-one starring alongside Russell Crowe, Michael Shannon and Henry Cavill in the new blockbuster movie out this weekend. Produced by the man behind the Dark Knight trilogy, Christopher Nolan, we expect it to be a big hit.
Beat the crowds and buy your tickets here!