London Fashion Week | Round Up 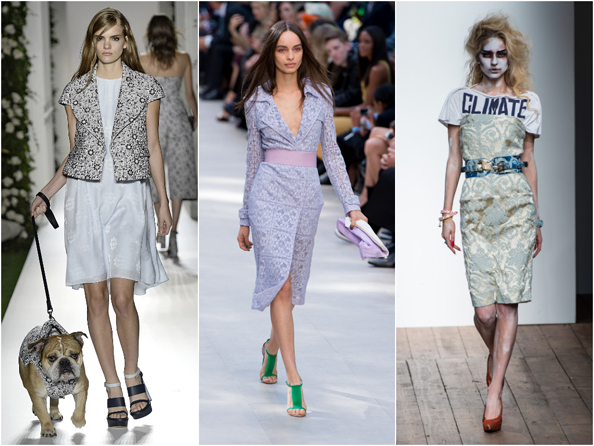 London Fashion Week sadly came to an end yesterday, however, if you missed out on the action, fear not as we have rounded up the best shows of the week.  This year it was as much about the Front Row (aka FROW) as it was about the fashion. From Harry Styles wolf whistling at Cara Delevingne to Anna Wintour cosying up with Philip Green and Kate Moss, the celebs were out in full designer-clad force.

The clothes were, of course, every bit as noteworthy as the A-listers in attendance. From eco-warriors at Vivienne Westwood to sport stars at Stella McCartney, here’s our pick of London Fashion Week’s best in show: 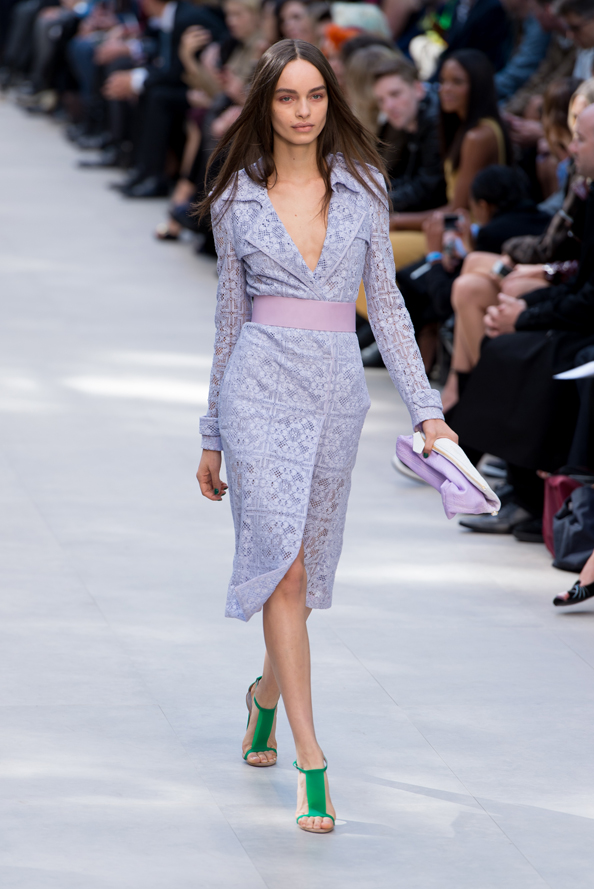 It may have been pouring with rain in Kensington Gardens, but inside the Burberry Prorsum S/S14 show, Christopher Bailey made the sun shine. Models strutted down the catwalk in genteel, lacey ensembles, many of which were made using old Victorian machines. Soft hues of lavender, lemon and rose kept the collection fresh, with a dash of print here and there for good measure. EW particularly loved the reworked iconic Burberry trench coats – sophisticated tailoring in silks and cashmeres made them irresistibly elegant. 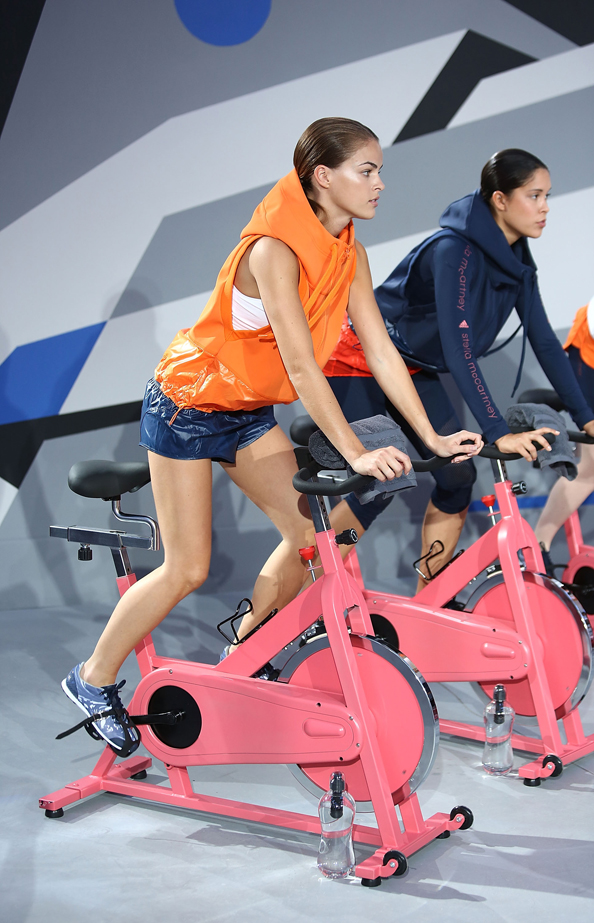 In her new sportswear collection for Adidas, Stella McCartney shocked even the most seasoned London Fashion Week goer. Not only were there no models modelling (Stella used real sportswomen instead), but she also decided to show the garments in action. Syncronised swimmers plunged into tanks wearing black cutout costumes, and cyclists peddled on static bikes in bold hooded jumpers and wet-look shorts. The overall theme challenged the women’s sportswear stereotype, using unisex colours such as orange and navy, and making them feminine. With Kate Moss looking on, sandwiched in between Phillip and Brandon Green, Topshop Unique’s S/S14 capsule collection proved its worth. Graphic prints on silk were a common thread throughout the show, with a tropical influence present in most outfits. The collection was refreshingly edgy in comparison to recent years – shorts were short, dresses were backless and smocks were oversized. Rich jewel shades on bonded silks made for an overall bohemian feel. 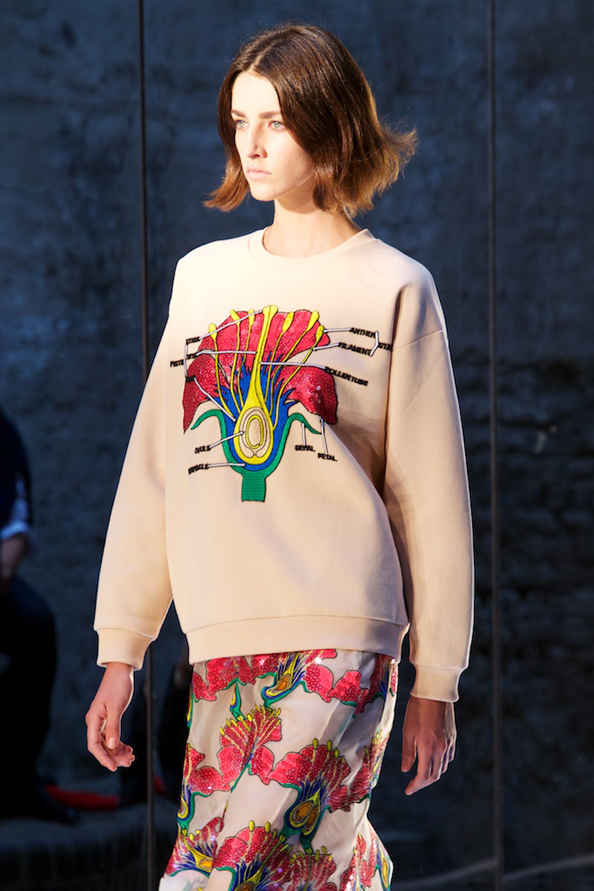 Floral is certainly the buzzword for next spring, but Christopher Kane has taken this trend and made it his own. Oversized jumpers and midi skirts were adorned with flowers that would look at home in a high school biology book. Slip dresses, sheer paneling and pleats kept things feminine, and stopped the playful graphics from coming across too immature. 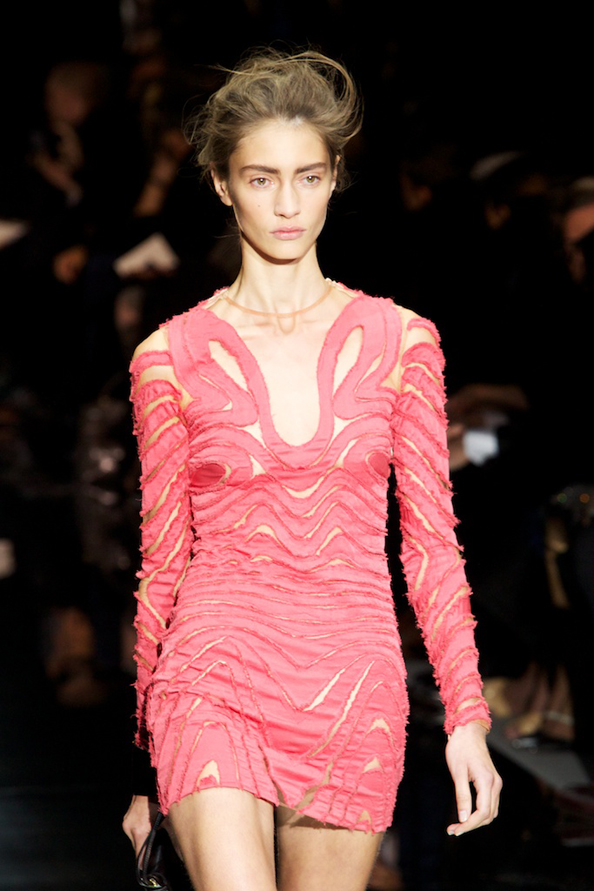 Sassy, edgy and packed full of attitude, Tom Ford was all about creating a reaction. Dresses were mainly thigh-skimming, figure hugging and with cut-outsd, leaving little to the imagination. Footwear was equally scandalous, with chunky black platforms and knee-high boots. Sticking to a simple monochrome palate with jeweled tones and red shades thrown in for good measure, the collection let bold shapes and daring sheers do the talking. 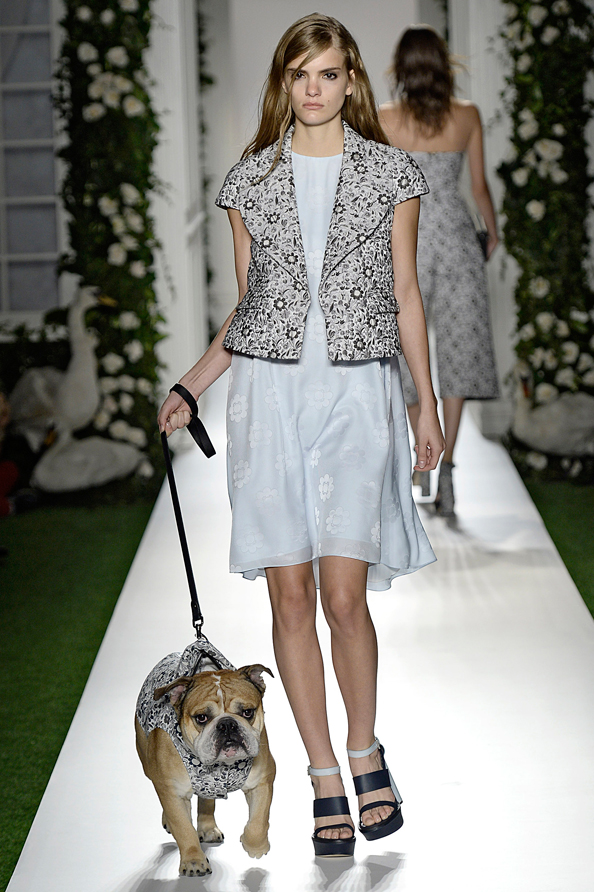 Emma Hill made her exit from the Mulberry fashion house in style, with a S/S14 collection that oozed British tailoring and ladylike simplicity. Using a palette of spring colours such as cream and orange, embellished dresses and short suits featured heavily. Turbo, Mulberry’s designer-clad bulldog, who stole the show in a floral ensemble and a moody stare, joined models on the runway. 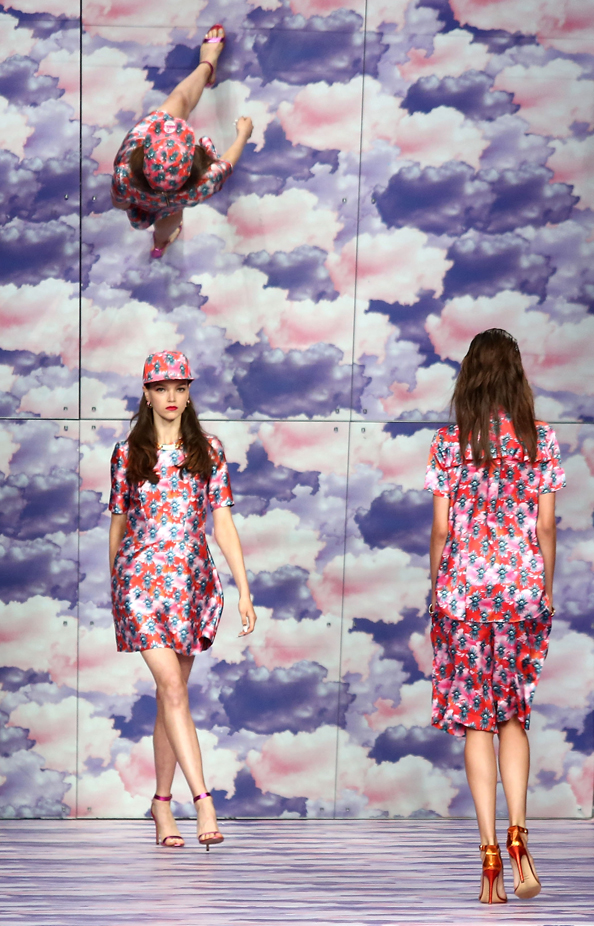 Acid-rave florals conquered the catwalk at Henry Holland’s show. Vibrant shift dresses and shorts were accessorised with elegant strappy heels. Silk was the fabric of choice, with many models adorned in it from head-to-toe. Proving that he knows how to flatter the female figure, Holland’s collection was tailored to perfection with cinched waists and structured shoulders. The fashion label’s signature street-style was also evident with oversized T-shirts and urban caps. 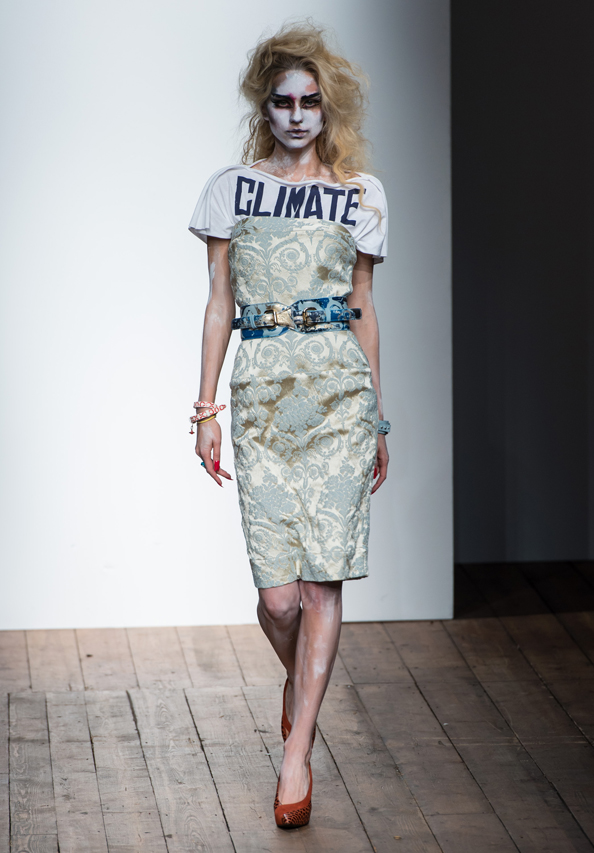 Westwood has never shied away from airing her political views in public, and her Red Label S/S14 collection brought another opportunity to spread an environmentally-friendly message. Following a weird and wonderful interpretive dance by Lily Cole, who was draped in a Grecian-style gown, models took to the catwalk in outfits with eco-warrior flair. The word ‘climate’ featured on many garments, while abstract face-paints added intensity to the overall look. A melting pot of feminine and punk; structured floral dresses and edgy T-shirts shouldn’t work but, because it’s Westwood, they do.