Today, November 9, marks the 25th anniversary of the fall of the Berlin Wall – one of the most historic events of recent time. Tonight, echoing the events of 1989, 8,000 biodegradable balloons, with personal messages attached, will be symbolically released into the night sky by a ‘human chain’ of patrons.

To commemorate the silver jubilee of the fall of Berlin Wall, organisers of the anniversary celebrations, Kulturprojekte Berlin, commissioned Berlin artist Christopher Bauder to create a beautiful Lichtgrenze (Border of Light) – an art installation that comprises of 15km and 8,000 battery powered LED balloons to hover over where part of the 154km Berlin Wall once stood from Bösebrücke on Born-holmer Strasse to Mauerpark, past the Reichstag to Potsdamer Platz and Checkpoint Charlie to Oberbaumbrücke. Several major roads have also been cut off to vehicle traffic as the wall once did. 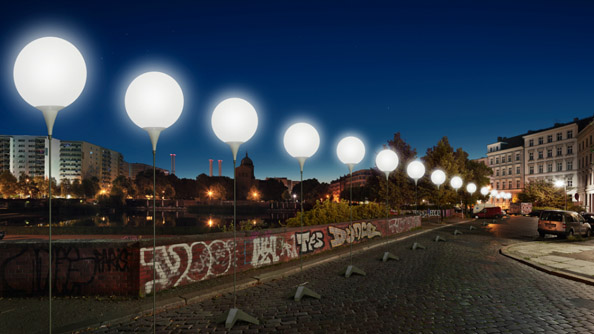 The light installation will also be supported by the open-air exhibition 100 Wall Stories – every 150m, along the wall’s path, information panels tell moving stories from the divided city, such as escape attempts, political propaganda and artistic interventions like forbidden Wall photos.

After World War II, Germany was divided among the four occupying Allied Forces which defeated Hilter’s Third Reich, creating the Federal Republic of Germany (FRG), or more commonly, West Germany was managed by the United States, United Kingdom and France and the German Democratic Republic (GDR) and East Germany governed by the communist Soviet Union. 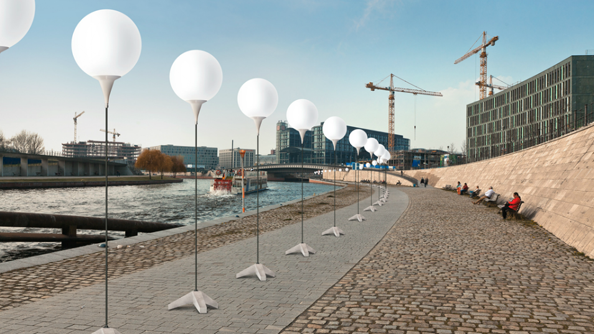 The city of Berlin that was situated in East Germany was also separated into respective West and East Berlin. The ‘Berliner Mauer’ in German or the ‘Berlin Wall’ was a barrier that separated East and West Berlin from 1961 until 1989 – it started off as a wire fence but was continually upgraded to a fairly sophisticated fortified concreted structure with checkpoints and guard towers right up until 1980. The wall prevented freedom of movement between East and West Berlin and the border separated many families. 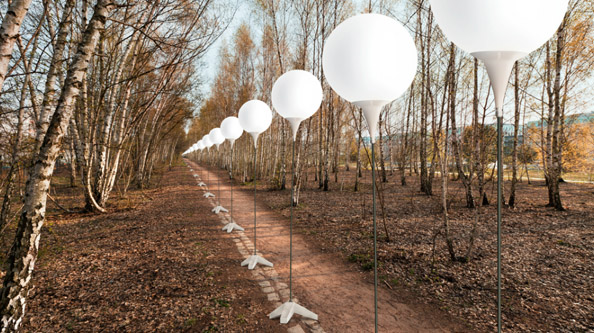 Nowadays there are few remaining traces of the Berlin Wall and many new buildings have been built in the ‘death strip’ and the city is quickly reclaiming the space that once caused so much anguish for the divided population. As artist Bauder explains to the New York Times: “There’s buildings where the wall was. The scars are slowly growing over, but I think it’s good from time to time to tear it open just a little bit and take a peek at what it might have been like to live in this city back then.” 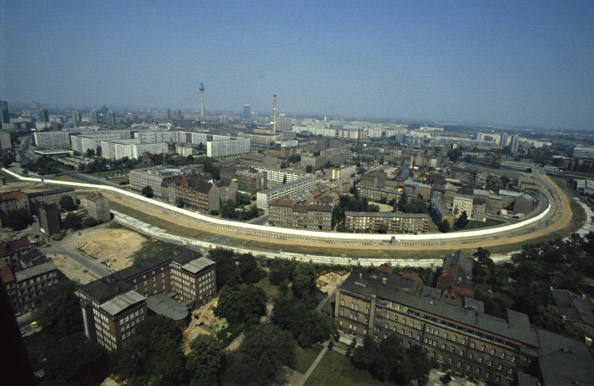 While the wall was once a massive, imposing structure, the 25th anniversary installation is in direct contrast – it is incredibly light, bright and signifies a new positivism that the residents of the capital city and country have for their future.

LICHTGRENZE – a light art project for the 25 years fall of the wall memorial November 2014 from WHITEvoid on Vimeo.