Life In A War Zone By CNN Correspondent Arwa Damon 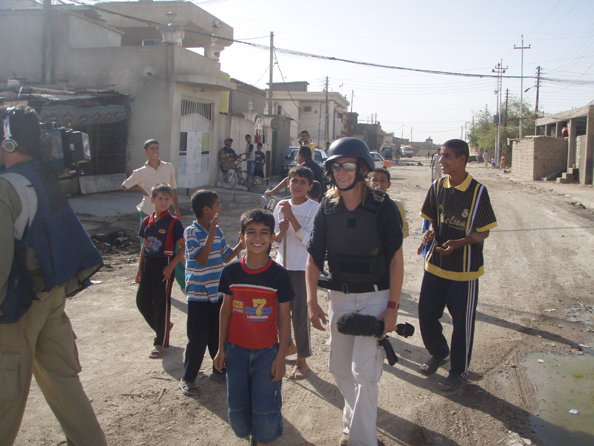 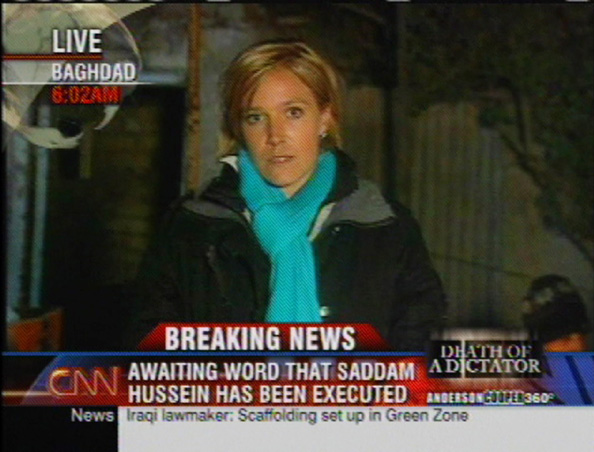 In 2003 America invaded Iraq. Caught in the sudden conflict was Arwa Damon, who despite having no journalism training, found herself in the middle of one of the biggest stories of our generation. Now an award-winning reporter (she recently won the Courage Award from the International Women’s Media Foundation) whose most recent work has seen her covering the conflict in Syria and interviewing Boko Haram informants, she reveals all about life in a war zone…

I was 25 with short spiky blonde hair and a nose ring. I was wearing baggy cargo pants, scarves and lots of bangles. I didn’t look like your typical war correspondent.

I was in Iraq on my first ever assignment – to cover the general news lead up to the imminent war. When I arrived, Iraq had yet to be turned into the horror that it would shortly become after the US invasion toppled Saddam Hussein. I had absolutely no journalism experience, never mind war zone experience, but  I managed to land a job as a freelance producer with Feature Story News, largely because of my Arabic speaking skills.

Myself and the crew had driven into Baghdad after a 10-hour slog through the desert from Jordan. I remember walking into the Al-Rasheed hotel, which back then had “Bush is criminal” written in the tiles just outside. Everyone had to walk over those tiles to enter the hotel, and it was there I ran into one of the older journalists who had told me I would never make it. I hadn’t even had a chance to try! That all changed within a few weeks, when the war started, and I found myself in the middle of one of the greatest stories of our generation.

It was pure pandemonium. I remember sitting on the stairs at the Ministry of Information watching the hard-core journalists, who I only knew from TV and had admired, and hardly believing that I was there among them.  I was naïve, bright-eyed and bushy tailed, and utterly idealistic, but I knew it was my only shot at proving myself. I had to learn fast and learn on the ground, including all the media and journalist jargon.

But, despite all of this, I was excited. I knew it was where I belonged. Perhaps it’s because of my Syrian-American background but I felt I could be a bridge between cultures and create cross border awareness and understanding.

One of the first lessons I learned on the job was that we are not invincible. Death in war zones can come when you least expect it, and not always in the seemingly most dangerous situations.

I had to learn quick. Luckily I was very fortunate that I was with a very experienced team, and, to date, they have set the standard of journalism for me. They took me under their wings and gave me the journalistic framework that laid the groundwork for who I am today. I’m very much a product of so many of those who have helped me throughout my career.

I’ve been a frontline reporter since 2003, but it was never my intention to be a war reporter – it was accidental. I was at the right place at the right time and I have always been driven to get to the nitty-gritty of a story and the only way to do that is to be there at the front with those who are living the horrors every day. 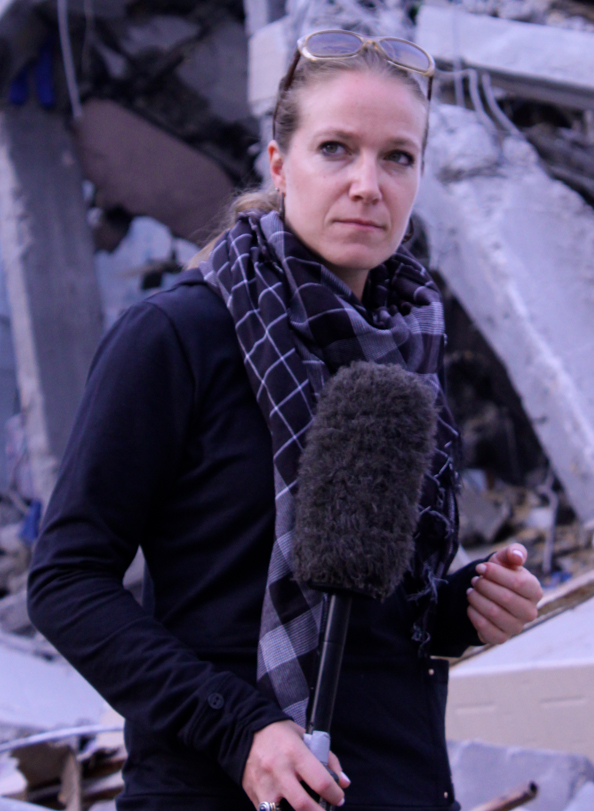 That’s exactly what it is – horrors. Reporting on the human suffering and emotion. War zone reporting can tend to have an aura of glamour to it; but there is nothing glamorous about death, killing, or just about anything that one confronts in the field. I quickly lost my naiveté, but have held on to my idealism. It can be a fight every day, not just to get through the day but, sometimes, to get the story told and on air. It can be frustrating and it can make you angry. If you’re not careful it will break you.

My experience in Iraq would grow to define me, as a person and as a journalist.

My job is pretty much still the same as that first assignment and that’s hard on my friends and family. This is a selfish job. It owns you and it can take you away from the ones you love, and the ones who love you. I’ve also lost close and dear friends in the field, but I have to continue.

It’s not about finding the courage or the strength to keep going. It’s about knowing that they, and I, and all of us, we stand for something. Or at least we try to. No one story is worth dying for. I think we [the press corps] largely agree on that. But the body of work that exists as a whole because of the risks that we take, and what that has created over the generations, is worth the sacrifice. We are not under any illusions; our industry has its collateral damage. We chose to take on that responsibility and the risk. It can be a game of Russian roulette.

When you take on this job you sacrifice a part of yourself that you cannot ever get back, a part of your soul. But that sacrifice pales in comparison to what those whose stories you are covering have and are going through. 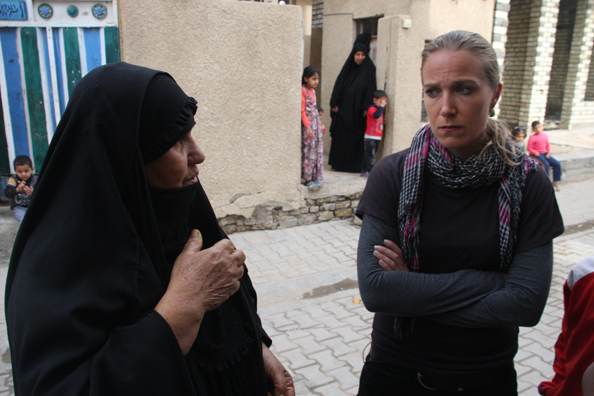 Arwa Damon in Iraq, 10 years on from her first report there

One of my biggest achievements was being able to tell the story of five-year-old boy called Youssif. A group of masked men had thrown gasoline on his face and set him on fire in front of his home. No one knows why. When we met him his face was a hardened mask of scar tissue, he could barely open his mouth, eating one grain of rice at a time, his eyes filled with anger and confusion.

The response to the story from CNN’s viewers was overwhelming. The Children’s Burn Foundation took on his case, and viewer donations poured in (Arwa won the 2014 Courage in Journalism Award for her report on this story).  The call I was able to make to his parent to say “Youssif is going to get help” is still the best moment of my life. I remember thinking to myself that day “if I never do anything else with my career, if this is it, then so be it, it’s worth it.”

Reporters seem to be perceived by the public as having this “just do it’ mentality – risking all to get a story, but it’s not that way. There is a lot of pre-planning that goes into assignments, especially from a security perspective. But once you are on that road, once you are in that situation, you can’t turn back. I remember crawling through the 2km sewage tunnel we had to go through to get to Baba Amr in Syria.  It was pitch black, with just a faint light from the flashlight the rebel fighter had in front of me, and I knew that the Syrian military could bomb it at any point, or that they could be waiting to ambush us on the other side. You have to be able to control your fear. At the same time you need to have fear, a healthy fear, and a respect for the dangers – that will help keep you alive – but you have to be able to control and compartmentalise it as well. 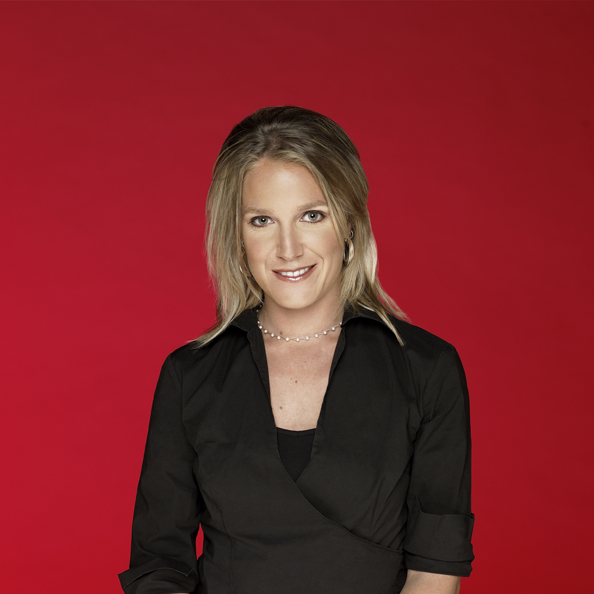 There is no single worst thing about this job. There are countless stories of others’ sorrow. It can be overwhelming and suffocating. Seeing others in pain, like with Youssif, watching as they cope with a tirade of emotions and hurt, and feeling utterly helpless at times – that’s hard. It’s also the guilt that is hard to deal with, the guilt of having the luxury to leave, and the constant self-questioning – was there a better way to tell the story?

I wouldn’t change what I do. The sad reality of the world we live in is that there is too much death, too much injustice, and I can’t live with the thought of not being there to report it, doing whatever I can in my power to at least keep trying, for the sake of those who do not deserve to suffer in the ways that they are. Will I ever leave the frontline? I think the real question is will the frontline leav

For more about life as a war corespondent, read Kate Aide’s Story here