In her book, Burqas, Baseball And Apple Pie, bestselling author Ranya Tabari Idliby exposes the reality and hardship faced by a Muslim family living in America.

September 11, 2001, promised to be a beautiful day in New York. It was Leia, our daughter’s first official day in kindergarten. Sami, the proud father, took pictures of her in her pleated, starched-stiff, green plaid uniform, as I carefully packed a miniature Quran in her oversized backpack: a talismanic symbol of love and protection, for a new stage of our relationship, defined by long school-day separations. Never did I imagine that the same Quran I was packing so lovingly would within the hour be used to justify the terror, to unleash the death and destruction that have become our indelible memory of the day.

I did not know it then, but parenting would never be the same. As an American Muslim I would no longer be able to parent without addressing the elephant in the room: Islam. Even if I chose to ignore it, it would not ignore me. Almost a decade after the attack on the World Trade Centre, classmates still think it’s funny to call my son a terrorist or ask if, as a Muslim, he celebrates 9/11. 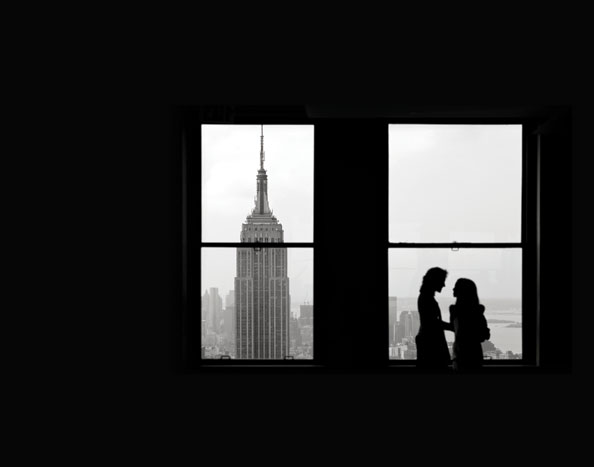 My quaint and private Islam, with its familial rituals and traditions, was being accosted. It had become public property and, for many, a public enemy.  Overnight, every talking head on television, every pundit, every journalist, had become an expert on all things ‘Muslim’. Islam was on trial in America, and it was guilty of being violent, punitive, anti-women, anti-freedom, anti-democracy and anti-progress. Many feared that the West and its enlightened values of democracy, freedom and diversity were being threatened by a clash of civilisations, by the Muslim barbarians from the East.

I knew that our Muslim faith – a faith whose stories, poetry, heroes and heroines; sights, smells and sounds; domes, minarets and prayers; art, architecture and mosaics; and its prayer beads in the hands of my father and grandfather before him – was now more of a burden than a privilege that I was handing down to my American-born children.

As a mother, I owed my children explanations. It was not fair to ask them to remain true to the religion of their ancestors only out of loyalty. I could no longer be an accidental Muslim – a Muslim by birth. I had to learn why we choose to be Muslims. I had to learn how to empower my children and shield them, to answer their questions and wipe away the tears.

If I ever had any doubts about my maternal mission they were quickly dispelled after a visit to Leia’s first grade classroom. As I surveyed the art on the walls, I was surprised by a picture she had drawn for a class project in which she was asked to complete the phrase, “It’s okay when…” She had drawn herself separate and apart from two other girls holding hands. Her completed phrase read: “It’s okay to be Muslim. It makes me feel weird when I am the only Muslim and everyone around me is either Christian or Jewish.” Clearly, my maternal skills were going to be challenged by the questions and comments that my children continue to bring home.

Taymor, my son, recently explained how he thought it was fitting to give his friends a “free pass” at the school lunch table in memory of 9/11, where his friends could say “anything bad about Islam and he would not answer back”. School textbooks explained that Muslims sanction wife beating. One obtuse history teacher explained how religious conversions were not common in the past and then he delivered his punch line: “Not that anyone would want to convert to Islam today.” Friends were sceptical of Leia’s Muslim identity since she clearly did not wear a headscarf or pray five times a day and both Leia and Taymor’s friends were certain that the Easter bunny and Santa would not pay them a visit, since they were Muslims.

Confused and anxious for my children I hit the books. I spent hours    seeking comfort in the solitude of my home, searching for answers. It did not take me long to connect with the universal truths within Islam. The fact that Islam, the third of the Abrahamic faiths, did not come to deny the truths that came before it but to renew and confirm them. That Muslims believe in the virgin birth of Jesus, who is one of 25 prophets we are asked to revere, and in Mary, who has an entire chapter dedicated to her in the Quran and who is described as “chosen above the women of all nations to deliver the promised Messiah, Jesus”.

This line of prophets begins in the Old Testament and runs through the New Testament. Muslims see diversity as a sign of God’s divine mercy, for had God willed he would have made us all of the same colour, nation and tribe. Inspired by Islam’s ecumenical roots I reached out to a Christian and a Jewish mother with the idea of writing a book that would explore and highlight our common Abrahamic roots. The publication of my last book The Faith Club helped me find our footing within the extended Judeo-Christian tradition. Cultural and Christmas holiday traditions I had grown up with were not just commercial but could be tied spiritually to Islam.

If Christmas is about celebrating the birth of Jesus, then I do not see why Muslims could not enjoy some Christmas cheer. I had even begun wondering why Americans speak of the Judeo-Christian tradition and not the Judeo-Christian-Muslim tradition. But faith is never static. If my spiritual journey had started as an exploration of Islam’s connections to Christianity and Judaism then Burqas, Baseball And Apple Pie, my second book, is a memoir that explores our identities as American Muslims to America and as progressive Muslims to Islam.

Two incidents served as the catalysts for the book. The first happened when I was in Omaha. After a presentation I gave on Islam, an older gentleman approached the table where I was seated. “How dare you sit here and not apologise for 9/11?” he asked. “Your people are the source of violence around the world.” Biting down my rising panic and holding on to what I hoped was a smile I thought I would assuage his concerns by revealing our shared patriotism. “Your people are my people, I am an American too.”  “Oh no your not!” was his unequivocal response.

My Omaha friend reminded me that the identity of my American Muslim children is not without its determined detractors. It is an identity considered an anathema by some, a contradiction in values and loyalties. The second issue came my way through a BBC news report on the stoning to death of Aisha, a 13-year-old Somali girl, whose name in bitter irony means ‘she lives’.  Aisha had naively gone to a sharia court to report her rape and was swiftly stoned to death for adultery. I sat at the kitchen table and cried. It was no longer enough for me to excuse her death as a case of a failed Somali state. I needed more. I wanted Aisha’s pain to become our pain.

As American Muslims my children will be challenged and questioned on incidents that happen in the name of Islam thousands of miles away no matter the distance or circumstances that separate them. Islam in America and in the West can elicit a lightning rod of emotions on a number of issues: the status of women, violence in the name of Islam or banal and foolish fatwas that make all Muslims vulnerable. As a mother, I have made public my most private and intimate thoughts, never an easy task, and grappled with the issues. An audacious effort, since I am neither scholar nor theologian. But that is the point. For ultimately, Burqas, Baseball And Apple Pie is a love story. A love we all share for our children; for our human need to believe in a better tomorrow; a more dignified, just and humane tomorrow.

As we move forward, it is not the clash of civilisations that defines our most interconnected and diverse world, but rather the complicity of civilisations. The candour, collaboration, and the cooperation of civilisations as we solve, heal, cure, and advance God’s irrefutable and absolute values.  My ultimate wish is that my children’s identities will not be a paradox but a bridge for a better tomorrow. By holding both components of their hyphenated identities accountable to their higher ideals, I hope they will be empowered agents of change. They remain, in spite of the naysayers, American, Muslim, and proud. America’s heart and soul are in its historic promise, its superpower ability to welcome, assimilate, and empower those who continue to flock to its shores. That is truly America’s unrivalled, unmatched pride, and legacy. It is our own.