Real-Life | How A Coffee Business Gave Life To Abandoned Women 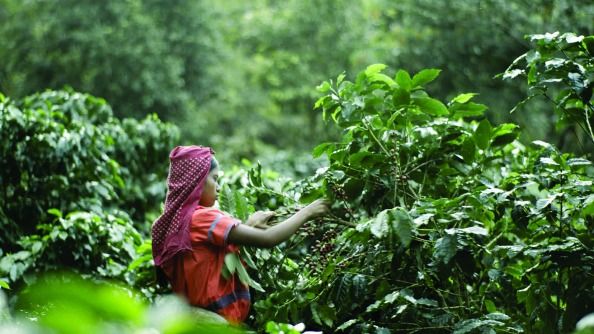 Sarah Garden talks to director Lesley Chilcott about how her latest documentary on coffee turned into an unlikely feminist manifesto.

Where does a coffee bean come from? Many adults don’t know the answer to this question, despite around 54 per cent of us in the developed world drinking at least one cup every day. It took a lot of people to produce that cup, and although some are cashing in on our caffeine fix, many of the farmers make farcically little money. Often they rely on coffee to support themselves, their family, and their villages. Most live in impoverished parts of the world. Most are women. 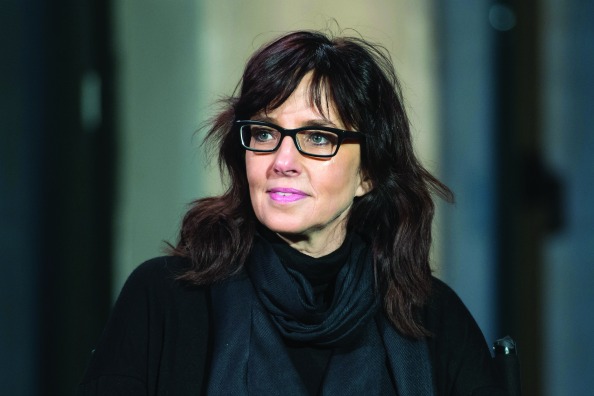 “The bean comes from a cherry,” explains Oscar winning producer and director Lesley Chilcott, whose latest documentary, A Small Section Of the World, tells the incredible story of a group of women who grew coffee to drive themselves out of a destitute situation. “Worldwide we’re so separated from food and drink, and I wanted that to be part of the film.” But what she wasn’t banking on finding was a story of astonishing resilience, ambition, and gender prejudice, with a message that would resonate with women from all walks of life.

Coffee Crunch
Back in the early 1990s there was a coffee crisis in Costa Rica. Farmers abandoned fields to search for work in neighbouring countries. In Biolley, a small village so far into the mountains that many locals didn’t even know it existed, women were left without husbands, fathers and brothers to provide an income. Out of sheer desperation, they decided to grow their own coffee. “They burnt it all and had to throw it away,” says Lesley, telling the story with such excitement you’d think it was the first time. “Even when they managed to grow it, people didn’t have any money to buy it; they just wanted to exchange more beans. So the women said, ‘OK we need to build a mill [to roast coffee].’”

With some donated land and a tiny loan, they constructed a functioning mill, without much thought as to how they would use it. The first batch was dried so badly that the entire season of coffee was ruined with mould. They remained completely resolute in their ambition, but unsure where to turn for support. “It was extremely difficult for them at the start,” Lesley continues. “In Costa Rica, especially outside of the city, there was a lot of machismo still.” She talks of one woman who rarely left the house, as it was her role to sit at home waiting for whatever her husband brought her.

This was the beginning of Biolley’s coffee business – a group of women with a pile of mouldy coffee, too scared to knock on doors to ask for help.

Gender Prejudice
Most women raised in coffee growing areas have a limited knowledge of production. There are 500 million people worldwide who rely on coffee for an income. Of that number, 25 million are farmers – most live in second or third world countries and are paid pittance. A large portion of this workforce is women, and as well as substandard conditions, gender inequality is rife. “Seventy per cent of the labour is preformed by women, but men take the coffee to market,” says Lesley. “They negotiate, they decide the price. Somewhere between the market and the way back to the village, a percentage of the money disappears.” 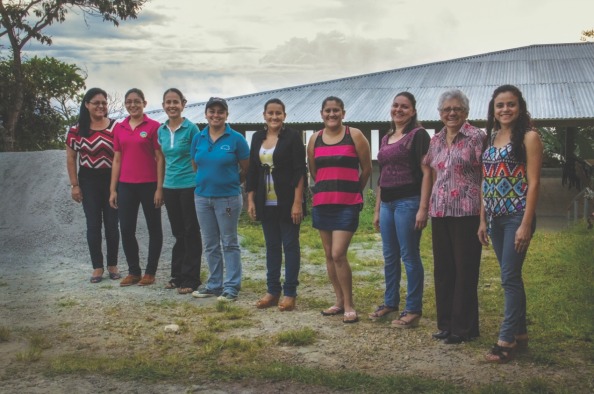 It’s easy to see why the women in Biolley failed so many times. Not only did they have very little knowledge and a crippling lack of confidence, but they also faced a great deal of stigma. Negotiating prices, selling and distribution was, and largely still is, seen as a man’s job. But with no men around and with children to feed, they kept going.

Turning Point
Grace Mena, an independent coffee distributor based in Costa Rica, is at the top of her game in this male dominated industry. With the women of Biolley striking a chord with her own journey to success, she provided them with the tools to learn the trade. La Asociación de Mujeres Organizadas de Biolle, otherwise known as ASOMOBI coffee, was born. “Finally they went to classes and produced such high quality coffee that they were able to sell it to illy,” says Lesley proudly. As one of the biggest coffee brands in the world, illy now continue to help ASOMOBI keep standards high.

What’s most remarkable of all is the result their small endeavour has had on the community. They’ve sent the first generation of children to college, and some of them are coming back with business acumen and new ideas. Possibly the biggest compliment, however, is that the men have returned home. Most of them work at ASOMOBI. “They had a meeting a couple of years ago and the men actually said: ‘if we had burnt the coffee, and it was mouldy, and we kept failing, we would have given up by now. You guys just kept going,’” beams Lesley. “[The men told them] ‘We know it’s because you’re determined women that our entire village has changed.’” 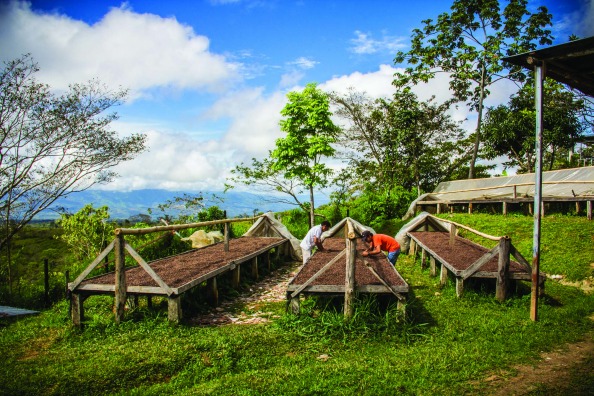 Women In Coffee Unite
ASOMOBI is a micro mill with a micro story, but their struggle reflects a much wider problem. Coffee, poverty and women’s rights are so intertwined that a group of people, including Grace Mena, set up the International Women’s Coffee Alliance. As the world moves towards gender equality, so too must the industry that brings us our morning latte. “When you go to countries like Uganda, none of them have had a meeting for women, so the IWCA provide a place,” says Lesley. “They can go to the government and say, ‘I’m part of this group.’ The quiet revolution that was happening in Costa Rica and ASOMOBI is happening in lots of other places.”

Far from the fields of Central America and rural Africa, Lesley believes that there’s a message here for all women. Having come away from Costa Rica drawing parallels to her own industry. “There’s still a ridiculously dismal amount of women directing,” she says. “It just happens to be a story about coffee, but its message is universal. They wouldn’t take no for an answer, and they wouldn’t take any s*** from men.”