Lebanese designers & stars reflect one year on from the Beirut blast 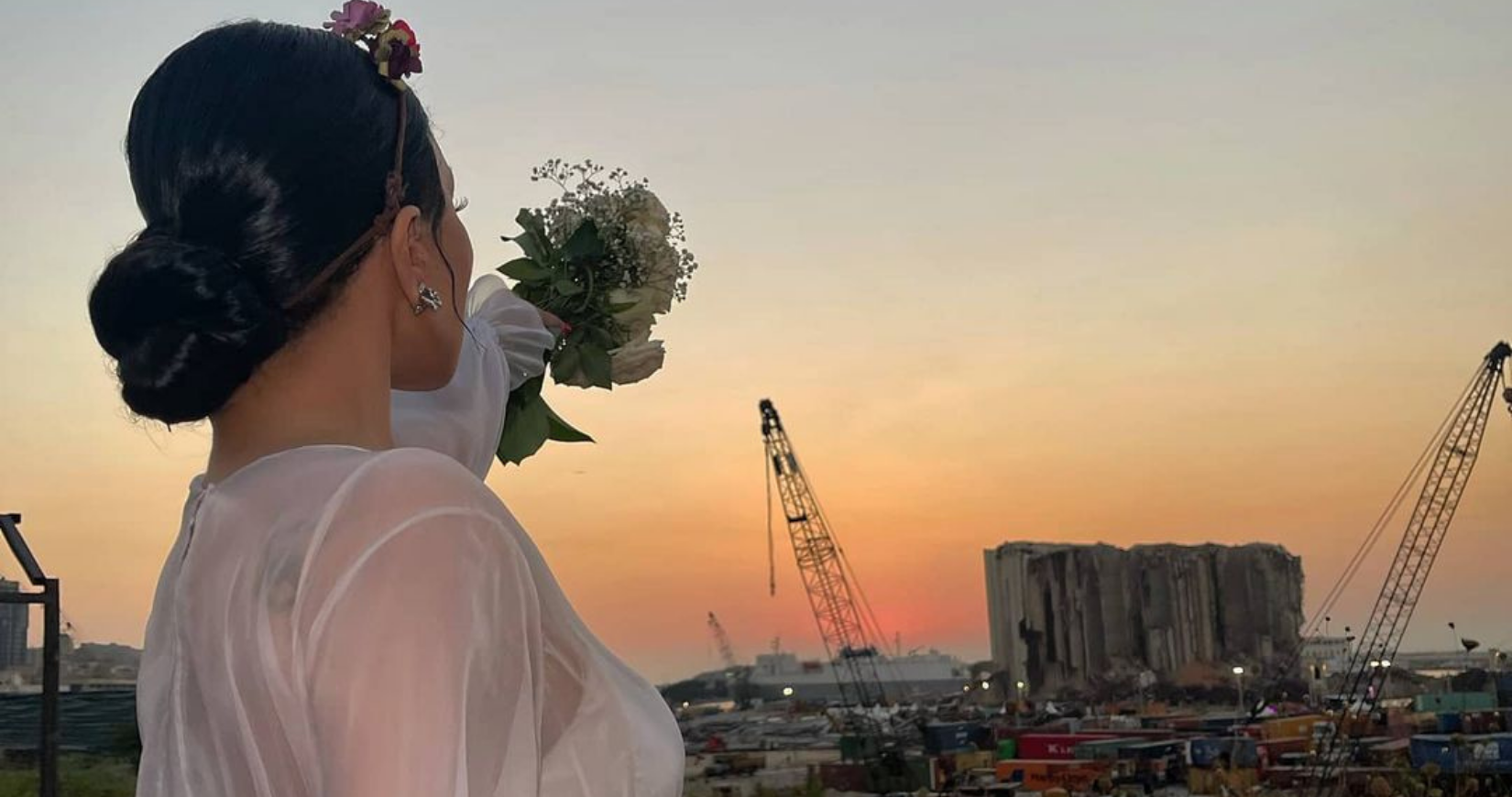 One year ago today, on August 4, 2020, Beirut was left devastated by the explosion at its main port, one of the largest and busiest in the Eastern Mediterranean.

The blast decimated hundreds of buildings across the Lebanese capital and over 200 were people and 6,500 were injured.

Grappling with the blast, the COVID-19 pandemic and a difficult economic and political circumstances, it’s been an incredibly hard 18 months for Lebanon.

On the one year anniversary of the blast, we remember the resilience of Lebanon as a country.

Marking one-year since the blast, many high profile Lebanese figures and designers have spoken out about the moment “time stopped” on August 4, 2020, paying tribute to the victims of the blast and sharing their hope for justice in the future.

Last year, Zuhair Murad’s 11-storey Beirut atelier was decimated by the blast. Reflecitng on the devastation one year on, the designer paid tribute to all of the victims.

“A year after the tragedy that shook an entire city, broke families apart and shattered innumerable dreams, our thoughts are with Beirut, with the families of all the innocent souls that were unjustly stolen from us and with every person affected by this dreadful disaster. We will never forget,” he said.

Sharing a photo of herself holding flowers over the port of Beirut, where the blast took place, Haifa Wehbe shared her heartbreak for her city and her hope it would return to its glory one day soon.

Lebanese actress Nadine Njeim was one of the many left injusted from the blast, having to undergo a six-hour surgery due to the injuries she sustained.

The actress shared a series of photos from her Beirut apartment showing the results of the devastating blast, with a lenghty caption remembering the fateful day.

“On the memory of August 4, we will never forget the human crime that happened against the Lebanese people,” she said. “This is not a war. This was a normal day, like every day of the year, with people staying in their homes safely and comfortably… Suddenly, for a moment and without an eye, they blew up us! why? We all know the answer. God is greater than you, and God is with every human being who has been physically, morally and materially harmed. God has mercy on the victims and give patience to their families. The stone will be compensated, but the person will not be compensated. Nothing will compensate us except the justice of heaven. Keep going.”

Haute couture designer Rabih Kayrouz reminded everyone that we need to “keep talking about Beirut”, also saying his “heart his heavy” about the catastrophic blast.

In a post shared to Instagram, fashion designer Sandra Mansour reflected on the moment “time stopped” in the Lebanese capital.
⁣
“Through the utter wreckage and broken glass of our showroom, we looked at our destroyed surroundings in disbelief, overwhelmed with emotion,” she said. “Hard to believe it’s been a whole year since a collective tragedy that still feels like yesterday.”

Paying tribute to the victims of the blast, she said that “our souls still ache in solidarity with everyone who lost their loved ones”, but added there is still “hope for justice and a better tomorrow”.
⁣
“With heavy yet resurrected hearts, we stand in solidarity with each other and pray for the Lebanon of our dreams to finally become a reality,” she continued. “To victims, may your souls rest in peace.⁣ To survivors, may your hearts continue to heal.⁣ To Beirut, may you be born again.”

Dubai-based Karen Wazen, who is from Beirut, shared a tribute to Lebanon’s capital.

“One year since the explosion took the heart of Beirut, for everyone in Lebanon, time sotpped on the 4th of August 2020,” she said. “No justice has been served, the days pass, people survive, but they don’t live… the wounds haven’t even begun to heal. The heart of every Lebanese is still broken. I ask you to please remember the families of the victims of the explosion in your prayers. We will never give up on justice.”

Our thoughts are with those affected one year ago on this fateful day for Beirut, Lebanon.