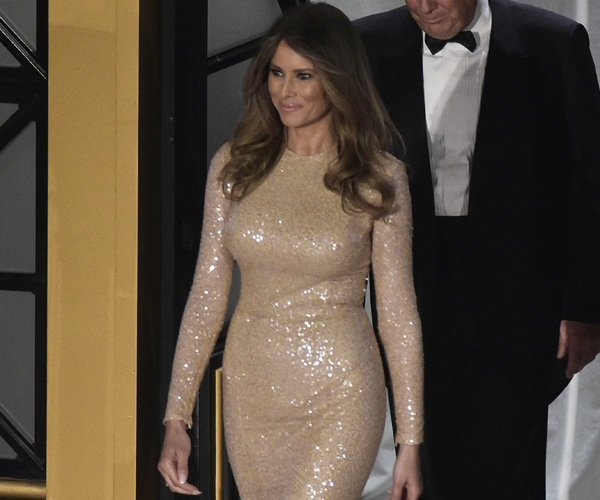 Several designers, including Tom Ford, Marc Jacobs and Phillip Lim, revealed they would refuse to dress Melania Trump ahead of her husband’s inauguration as the 45th President of the United States.

However, as this weekend proved, not all labels shied away from dressing the brand-new First Lady, and Trump chose one Middle Eastern designer to round out her Washington-fit wardrobe.

The former model donned a glimmering golden gown by Beirut-born Reem Acra for a dinner with campaign donors the night before her husband’s official start to his four-year term. 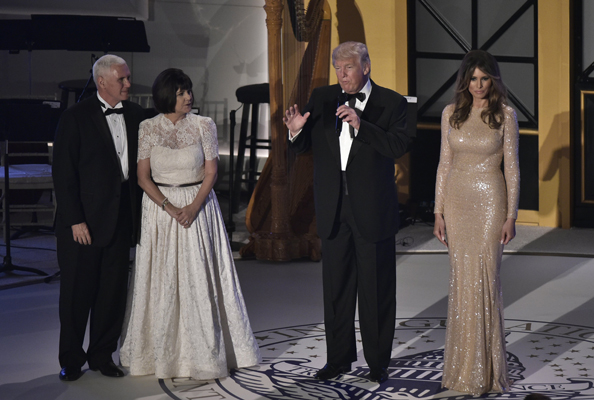 With a sweeping fishtail and figure-hugging bodice, the number ensured Trump stole many a headline the next morning. 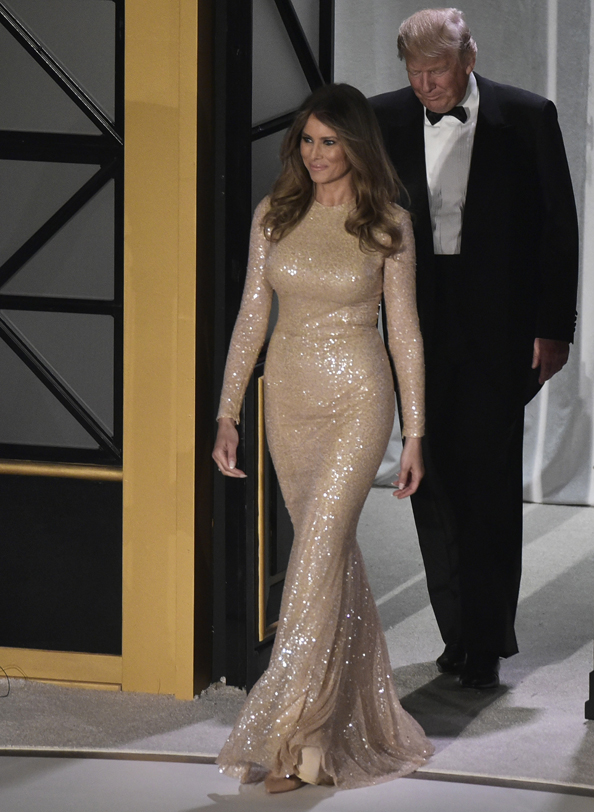 “The First Lady–Elect is wearing the renowned international designer Reem Acra to celebrate the 58th presidential inauguration at a candlelight dinner with her husband, President-Elect Donald Trump, and their supporters,” a Trump spokeswoman told WWD.

And the choice is unlikely to have been without thought, with many fashion critics believing her choice in designer hints at her sartorial strategy for the forthcoming years.

Donning a custom-made coat by New York designer Norisol Ferrari for a wreath-laying ceremony earlier in the day, Trump chose two designers with ateliers in America, supporting the local fashion industry (much like Michelle Obama in her eight-year tenure as FLOTUS).

However by choosing Lebanese-born Reem Acra, the model – who emigrated to the US from Slovenia herself – looks to have given a nod to a fellow immigrant amid Donald Trump’s famous anti-immigration stance  – Vanity Fair US even called the move “fashion diplomacy”.

Read:
Gigi Hadid Apologises For ‘Racist’ Impression Of Melania Trump
What A Trump Presidency Might Mean For The UAE (And Women Around The World)

For the official swearing-in itself, Melania plumped for American label Ralph Lauren, who decked out the new FLOTUS in an elegant cornflower-blue skirted suit with matching gloves.

I am deeply honored to serve this wonderful country as First Lady! pic.twitter.com/tRTRVkDG6z

With its demure high neck and ladylike hemline, the ensemble channelled a rather Jackie O feel, drawing comparisons to the former First Lady’s blue suit from John F Kennedy’s inauguration in 1961.