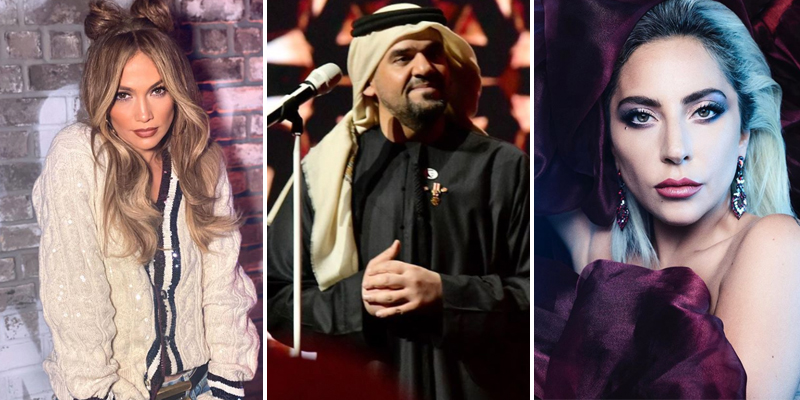 If you haven’t tuned in already, there is a star-studded virtual benefit show that you can watch now.

Hosted by Global Citizen, over 100 performers and artists took part in a cross-platform variety concert ‘One World: Together at Home’ to raise funds for the World Health Organisation.

Hussain Al Jassmi said he was proud to be an Emirati and highlighted the support the country has provided to more than 15 countries around the world through ongoing medical and humanitarian aid. Shortly after, Emirati doctors working abroad appeared on screen sharing their experiences.

Former First Lady of the United States Michelle Obama, philanthropist Oprah and Beyoncé also made an appearance.  The singer thanked key workers who are away from their families, while Priyanka Chopra pointed out how many refugees are having to stay in ill-equipped camps around the world.

The epic virtual show closed with Celine Dion and Andrea Bocelli performing their 1999 duet The Prayer with Lady Gaga and John Legend, which was accompanied by pianist Lang Lang. Syrian filmmaker Hassan Akkad, who volunteered as a cleaner at London’s Whipps Cross Hospital, spoke of the key role immigrants are playing in this pandemic.

Hosted by Jimmy Fallon, Jimmy Kimmel and Stephen Colbert, ‘One World: Together at Home’ streamed across several platforms including Instagram, Facebook and YouTube, and was even broadcast locally on Dubai TV.