Le Theatre Dior Dubai Comes To Dubai. Get Ready To Be Amazed 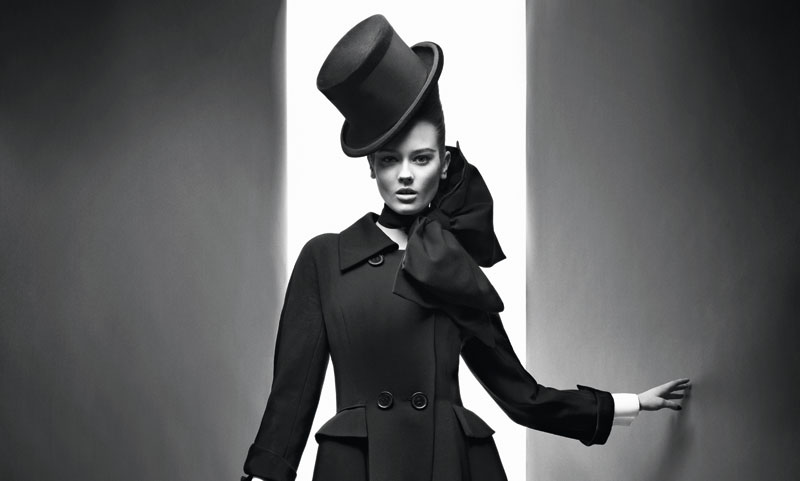 Every label has a look that is central to its DNA. Not every label has ‘the look’, or more specifically, the ‘New Look’, though. To celebrate Dior’s pioneering and visionary approach to design, a new exhibition in Dubai will offer a retrospective of the brand’s greatest works.

Having recently shown in China, the exhibition Le Théâtre Dior comes to The Dubai Mall’s Fashion Catwalk Atrium on November 9. The exhibit retraces the house’s path from the very beginning in 1947 through to present day with a series of miniature replicas of Dior’s most famous gowns – the dresses have been scaled down to a third of their size. The miracle of construction and craftsmanship will be showcased with over 60 dresses ancien and nouveau.

Not only does Le Théâtre Dior celebrate the masterpieces by the late and great Christian Dior himself, but it also reveals the works of his successors including Yves Saint Laurent, Marc Bohan, Gianfranco Ferré, John Galliano, and Raf Simons, who have worked hard to sustain the house’s prestigious reputation since the founder’s death in 1957. The aim is to offer a rare insight into the world of couture, as you’ve never experienced before. 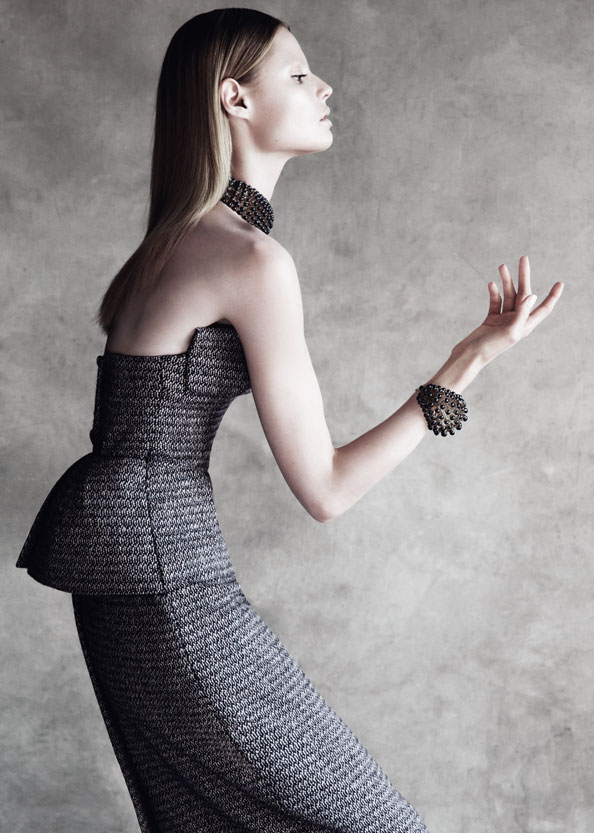 However, it’s not all about iconic designers, there’s also iconic dresses with high-profile pieces including gowns worn by Elizabeth Taylor and the late Princess Diana.

A spokesperson said: “Le Théâtre Dior is an invitation to discover and admire the couture creations in their splendour but also to understand the influences, inspirations and worlds that Christian Dior cherished through a series of sets elaborated around themes.”

“For each dress, even the very earliest among them, the Haute Couture ateliers have taken great care to stay unswervingly true to the same techniques and exactly the same fabrics, no matter how rare,” added the spokesperson. “The embroideries have been reduced to scale as well, extending the limits of their prodigious creation to new extremes.”

Dior’s first collection, Corelle, which launched his career, will be displayed and is expected to be the most popular pieces in the exhibit. The dress will revolve on a set of moving mannequins, capturing the experience of a catwalk show. 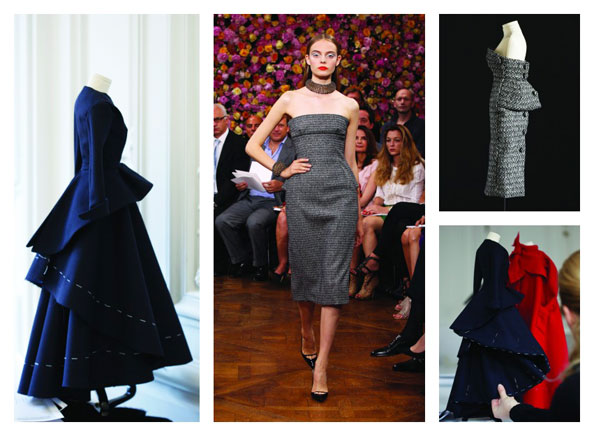 When Christian Dior unveiled his debut haute couture collection in Paris on 12 February 1947, it signalled the demise of post-war masculinity and announced the return of dramatic femininity. Emerging from the austerity of occupied France, Dior was inspired by a vision of grandeur, of excess; revelling in the realms of divine splendour and breathtaking glamour. Clouds of tulle, endless reams of sensuous silks and meticulous hand-crafted embroideries replaced conservative cuts and scratchy yarns. Gone were the shapeless utilitarian styles and born were the enhanced hips, wasp waists, soft shoulders and devilishly voluptuous busts, christened the ‘New Look’.

“Dior was an architect of couture, inventing an instantly recognisable silhouette, highly structured and ultra feminine,” says the house. Imagining the future as seen by the past, reimagining the past with the hindsight of the future, the designer was deliberately looking back to the Belle Époque, celebrating the hourglass shape and capturing the all-out frivolity of ornate embellishment, laced-up corsets and froufrou petticoats.

Fascinated by women, their culture, their disposition and their sexuality, Dior reinvented the female silhouette with every collection.

“Every season he imagined new lines, redefining the curves and redesigning the proportions of the previous line,” the atelier explains. “He wanted his dresses to mould to the curves of the body, accentuating the bust, emphasising the waist and adding volume to the hips. ‘The line… must present sufficient variety, but respect a general harmony and be careful to not contradict it,’ the couturier wrote in his autobiography.” 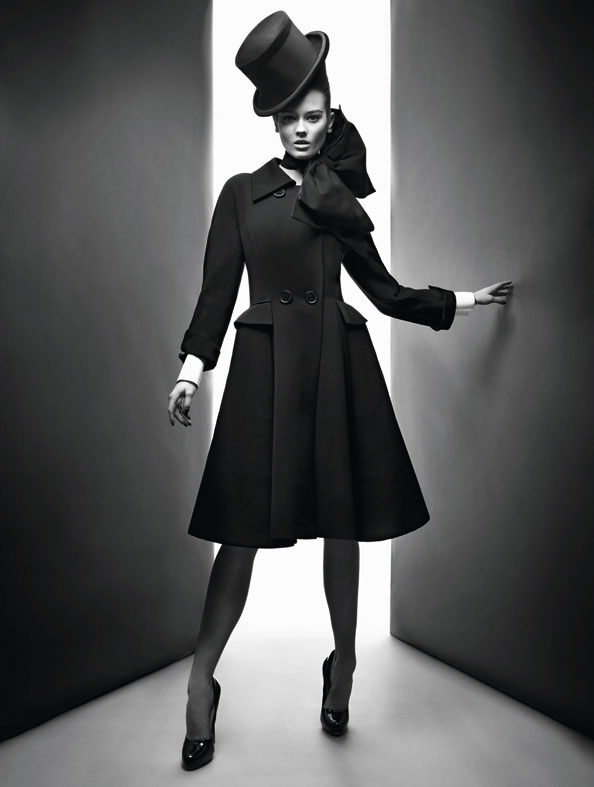 The ‘New Look’ is a perpetual revolution and something the successors of Dior’s grand Parisienne couture dedicate themselves to honouring and giving a new spin. With a clever combination of romance and relevance, everyone from Yves Saint-Laurent to John Galliano to Raf Simons, have all maintained the Dior vision and translated the original vocabulary into their own design language.

Take the house’s most emblematic look – and one of the most distinctive silhouettes in fashion – the Bar suit. The eternally elegant two-piece has proffered an infinity of variations season after season, year after year; the jacket reinterpreted with the same iconic nipped waist and padded hips, but paired with lean cigarette trousers. The heavy woolen skirt reworked in pleated chiffon, sewn below the peplums to create the illusion of a dress peeking out. Sleeves have come cropped and elongated; fabrics densely covered in tiny organza blooms or punched up in zingy citrus hues. 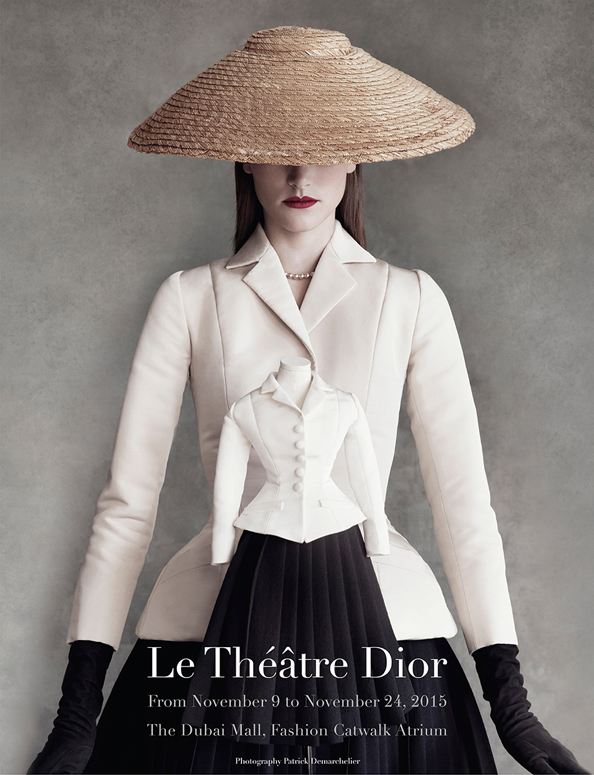 “Haute couture must not forget to stay constantly alive, adapted to the needs of every modern woman’s life,” Dior wrote in 1953. Part of his genius was the ability to represent the quintessence of the woman of tomorrow. Shortly before the designer’s untimely death in 1957, the instinctive advent into looser, more languid silhouettes exemplified a grounded sense of how women wanted to dress, with fluid chemises, narrow tunics and sari-like wraps.

But however unencumbered the silhouette may appear, it’s not unusual for a single couture garment to take hundreds of hours of work. Look past the spliced feathers, the frothy ruffles and the painstakingly pressed flowers, turn the masterpieces inside out and there you’ll find the reason Dior haute couture is such a rare and exceptional entity.

Few other fashion experiences provide a sensory overload like haute couture and after almost 60 magically inventive years, the house that Christian built can still make us speechless with delight. That is the allure of Dior.