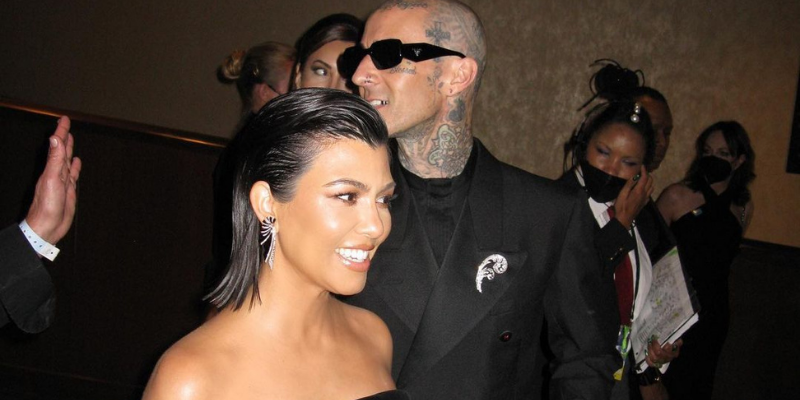 The reality star has wed fiance Travis Barker in a surprise wedding in Las Vegas where they were to attend the Grammy Awards, People magazine reports.

The couple reportedly tied the knot in the early hours of the morning on Monday, April 4, where they wore the same outfits they wore to the Grammys.

Kardashian and Barker wed at the One Love Wedding Chapel where, according to the owner, they requested an Elvis Presley impersonator to be present.

“I didn’t know who it was until they pulled up,” owner Marty Frierson told People. “I advertise as 24-hours but they wanted to make sure I was still there. They paid and they requested Elvis Presley, that was mandatory.

“I called back 5 minutes later and was like, I got an Elvis, and there they were.”

However, despite reports, Kardashian and Barker are yet to confirm the news themselves.

Having been friends for years, the pair started dating at the beginning of last year and became engaged in October 2021.

Kardashian was previously in a relationship with Scott Disick for 10 years from 2005 to 2010. They have three children together – Mason, 12, Penelope, nine, and seven-year-old Reign.

Meanwhile, Barker has two children from his previous marriage to Shanna Moakler – Landon, 18, and Alabama, 16.