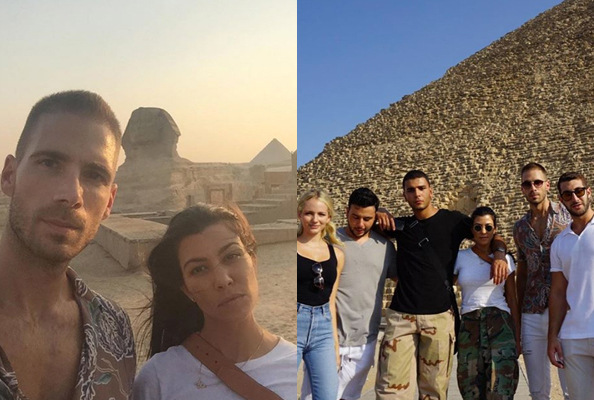 The reality TV star is taking in all of the sights of Cairo this summer.

Scrolling through our Facebook feed every morning pretty much guarantees a burst of wanderlust as we see our pals on some far-flung summer holiday.

And Kourtney Kardashian’s August vacay is no different, inspiring more than a little jealousy as we swipe through her holiday snaps from our desk.

The Keeping Up With The Kardashians star recently visited Egypt with friends, including her rumoured Tunisian-born beau Younes Bendjima.

Read:
16 Summer Dresses Keeping Us Cool This Month (In Both Senses Of The Word)
This Muslim Beauty Queen Made History After Refusing To Wear A Bikini On Stage

The mum-of-three left the US for the North African nation last week, sharing an image of her travel outfit pre-flight.

(It sure beats our trackie pants and years-old hoodie, that’s for sure).

Since landing, the star has been taking in some of the historic country’s most awe-inspiring sights, including the famed Pyramids of Giza.

Wonder of the World ✔️

Kardashian was snapped touring the ancient structures by camel in a super-Instagrammable set-up.

RAIDERS OF THE LOST ARC

“She arrived in Cairo on Sunday with Younes and several friends,” a source told PEOPLE. “They are visiting historic sites like the Pyramids of Giza. They have also enjoyed the north coast’s Hacienda Bay and the beaches.”

The 38-year-old posted proof of the latter on her Snapchat account, with a short clip showing her and some friends relaxing by the water’s edge. 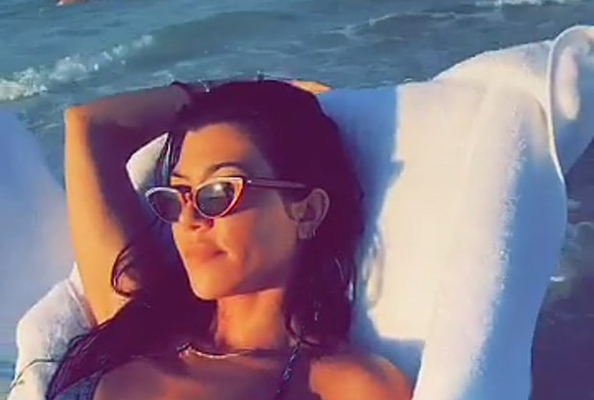 Kardashian has also been enjoying the local cuisine, with Younes sharing shots of a fruit platter and creamy pasta dish to his own Snapchat account.

But our favourite picture from the holiday?

Read:
7 Of The Most Stunning Royal Wedding Gowns Dreamt Up By Arab Designers
Hurrah! A Charlotte Tilbury Store Is Coming To Dubai

One reportedly shared by the Ministry of State for Antiquities, which shows the reality TV star unwittingly snapping a selfie with a pyramid as a duo pose for photo in front of her.

Kourtney Kardashian at the pyramids in a splendid pic released by Egyptian antiquities ministry. pic.twitter.com/XQ2KkteKbC

Kardashian was also captured in a snapshot outside the Great Sphinx, with PR pal Simon Huck.

It’s not known where the A-lister stayed, but judging by her social media videos, it’s pretty darn swanky.

A post shared by Kourtney Kardashian Snapchat (@kourtneysnapchat) on Aug 9, 2017 at 6:35pm PDT

Kardashian isn’t the first celebrity to enjoy an Egyptian holiday in recent months, with Men In Black star Will Smith also visiting Giza earlier this year. 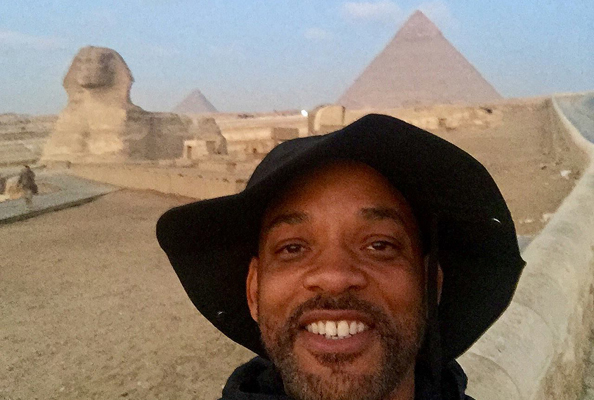 Kardashian’s sister Kim also slotted in a stay in the MENA region recently, visiting Dubai for a beauty masterclass with her long-time makeup artist Mario Dedivanovic back in January

The A-list mogul enjoyed a lavish dinner at Atlantis, The Palm, a dune buggy ride, and even some mall time, as well as a visit to a Dubai disability centre.

So Kendall and Khloe, when are you going to drop by this year?