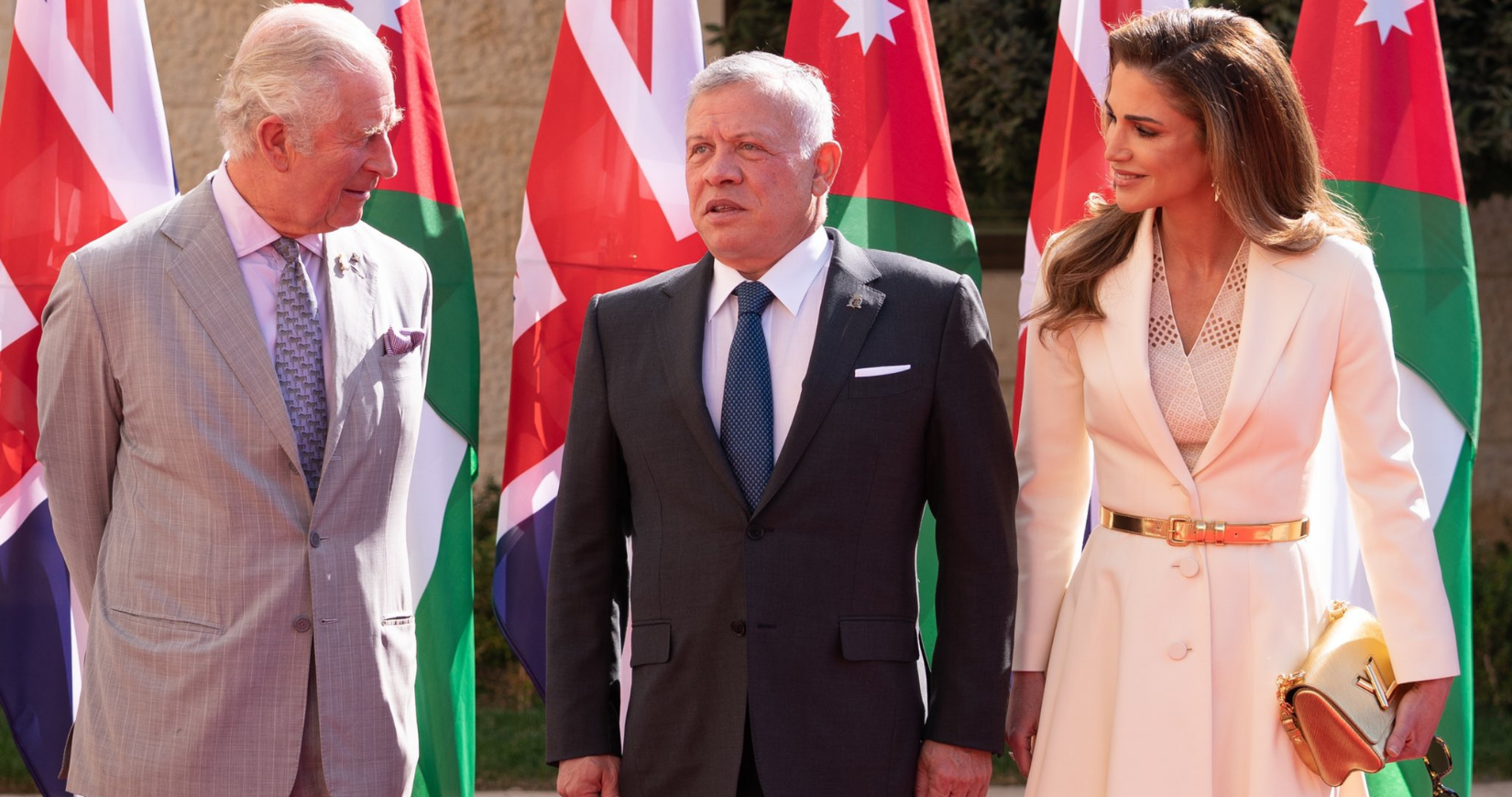 King Abdullah II and Queen Rania welcomed the United Kingdom’s Prince Charles and his wife Camilla, Duchess of Cornwall to Jordan on Tuesday.

The trip marked the first royal tour abroad for the British royals since the pandemic began.

Their Majesties welcomed Prince Charles and Camilla, Duchess of Cornwall at the Al Husseiniya Palace in Jordan’s capital, Amman.

When the Royals met the Royals.
Prince Charles and Camilla with the King and Queen of Jordan at the Al Husseiniya Palace in Amman.
King Abdullah II and Queen Rania welcomed their British guests on Day 1 of #royalvisitJordan @UKinJordan pic.twitter.com/6jcHBJVfWb

Per Prince Charles’ deputy private secretary, Chris Fitzgerald, the British royals’ visit is to “celebrate both Jordan’s own centenary and 100 years of the UK-Jordan bilateral relationship”.

The “longstanding friendship with Jordan and the historic ties between royal families” will also be celebrated, the UK Embassy in Jordan also said.

Prince Charles and Camilla will also head to Egypt on the second leg of their tour where the issue of climate change will be discussed as the UK is currently the holder of the COP presidency and Egypt is set to be the successor next year for COP27.