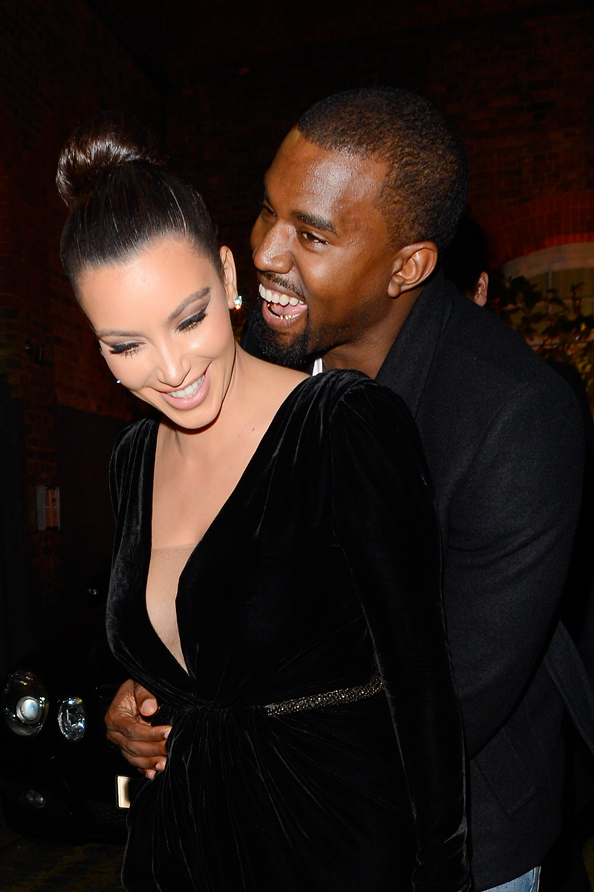 It’s always the rules of three – third time lucky and according to Lionel Richie, once, twice, three times a lady. For Kim Kardashian it could be that both will be the case, or at least that’s what publicity darlings, the Kardashians, would have you believe after Kanye West (Kim’s baby daddy) proposed with an enormous US$1.6million, 15ct diamond ring.

The rapper popped the question to Kim at a baseball stadium, which he had decorated with roman candles and filled with a 50-piece orchestra to serenade the new mum as he went down on one knee. Family and friends looked on from the dugout as a giant score board flashed  “PLEEEASE MARRY MEEE!!!”. The whole proposal was, of course, filmed for Keeping Up With The Kardashians (KUWTK), which led many to believe it was more of publicity stunt than a declaration of love. 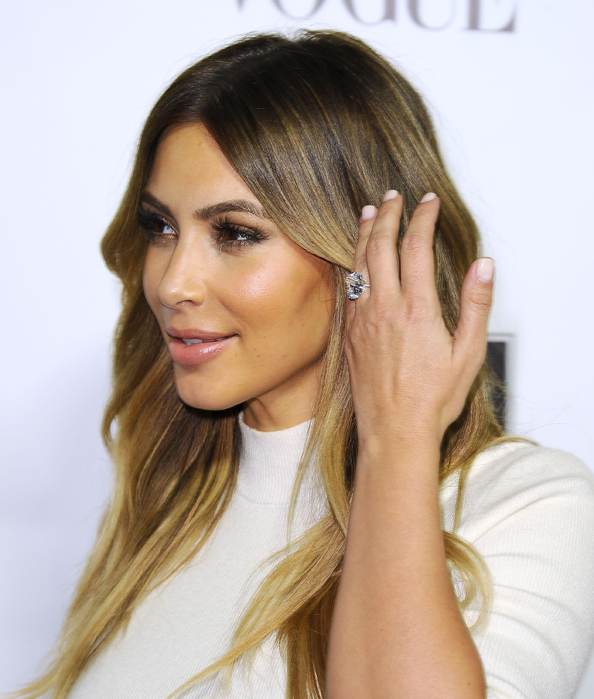 Kim Kardashian shows off her 15ct engagement ring from Kanye West. Her ring from former husband Kris Humphries was 19.8ct!

This will be the third time Kim will walk down the aisle. Her first marriage to music producer Damon Thomas in 2000 lasted three years, while her wedding to Kris Humphries expired after just 72 days. Every moment of her relationship with Kris featured on KUWTK, with his family calling the relationship a “sham”.

So what does this say about the 33-year-old’s relationship with Kanye, a long-term friend, who, just like Kim, isn’t fame-shy. Are they the real deal, or are they all about making deals? No doubt they’ll get big money from selling their wedding to a tabloid (Kim sold her wedding to Kris to People magazine) and there’s certainly enough mileage in their relationship to keep ratings of KUWTK up.

Maybe it is genuine. After all they’ve been friends for a long time, so long in fact that whenever Kim had relationship woes in the past, the tabloids often claimed it was because she was really in love with her BFF, Kanye.

The marriage will be a first for the Gold Digger rapper, whose love life has been relatively low key, in comparison, apart from that ‘tape’ starring a woman who looked like his wife-to-be! The main woman in Kanye’s life has always been his mum, who sadly passed away in 2007.

“I have never loved any girl, other than my mother, as much as I love my girlfriend,” Kanye gushed in a recent interview. Kim similarly has been pouring out her emotions, stating: “I am the luckiest girl in the world! I get to marry my best friend!”

One thing is for sure, that since dating, and giving birth to their baby North West in June, Kim has changed. She seems to have gone all Posh Spice – she’s dressing more ladylike, well most of the time, and she’s now always snapped with a serious expression on her face. Her fashion-obsessed boyfriend and self-made businessman is no doubt the mastermind behind this all-new Kim. But are his actions controlling or is he just helping his missus ditch her negative fame-hungry persona?

“Kim doesn’t mind either. She knows Kanye likes to take control of things. She loves it – it gives her time to be beautiful and chill out.”

Perhaps that is the case, maybe Kim has been much more quiet on the publicity front because she’s happy to concentrate on just being herself while Kanye handles the details. After all, she has hit the jackpot – an A-list boyfriend with an even more A-list circle of friends – Jay Z and Beyoncé. She can sit back now and reap the benefits.

Either way, whether their relationship is for publicity or love, one thing’s for sure: aside from the white swimsuit selfie, we’ve been seeing a lot less cringe-worthy, attention seeking moves from Kim of late, and for that I’m sure a lot of us are grateful. Perhaps it’s third time lucky for us all…