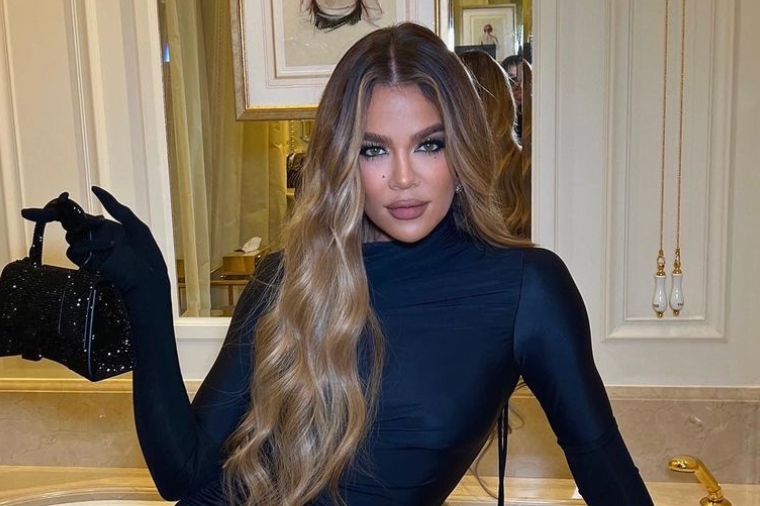 Khloé Kardashian has opened up about her recent skin cancer scare.

Sharing a series of Instagram stories and photos, the 38-year-old shared with her fans the story behind the “ever-evolving” bandage on her face.

The reality star revealed that she had to have a tumour removed from her face after noticing a “bump” that wouldn’t seem to go away even after seven months.

While she assumed it was “something as minor as a zit”, it wasn’t “budging”, Kardashian decided to get it biopsied.

Following her biopsy, the star was told she needed to have “an immediate operation to remove a tumour from my face”. 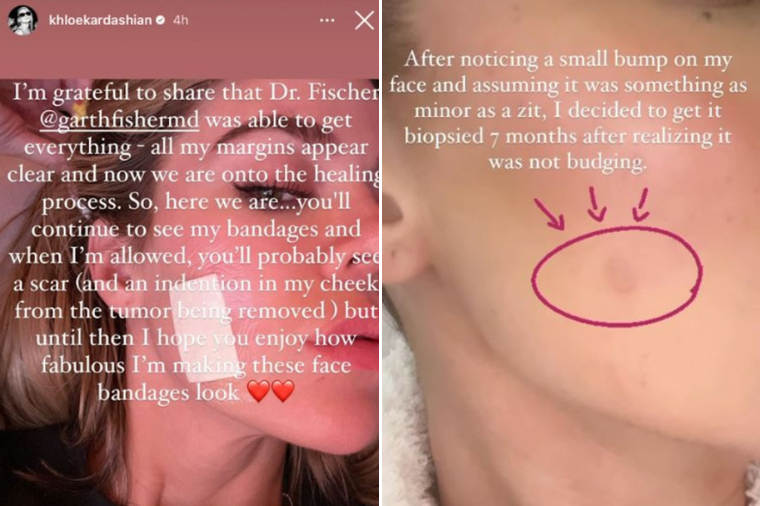 “I called none other than Dr Garth Fischer, a dear friend of my family’s and one of the best surgeons in Beverly Hills who I knew would take incredible care of my face,” she explained. “I’m grateful to share that Dr Fischer was able to get everything – all my margins appear clear and now we are onto the healing process.”

Kardashian added that her fans will continue to see her with bandages on her face until she’s allowed to take them off and then “you’ll probably see a scar (and an indention [sic] in my cheek from the tumour being removed)”.

Kardashian had been seen sporting a bandage on her face during Paris and Milan Fashion Week, leading some fans to ask what had happened.

This prompted Kardashian to discuss the operation to raise awareness about skin cancer to “remind everyone to get checked, and frequently”.

It’s not the first time Kardashian has had a scare. At 19, she had melanoma on her back, which she had removed at the time, so she highlighted she is “pre-composed to melanomas”.

Melanoma is the 17th most common cancer worldwide, according to the World Cancer Research Fund, and a celebrity like Kardashian talking about their experience only helps to raise awareness.