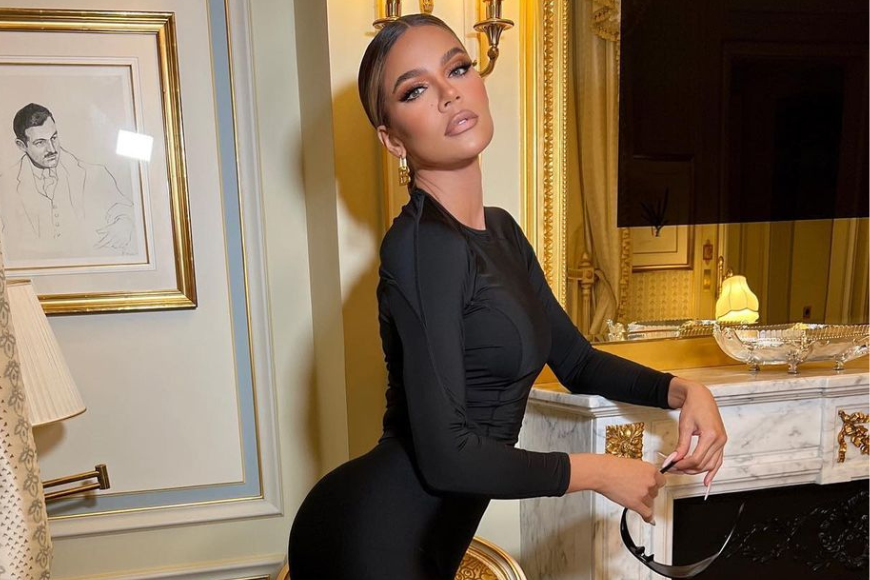 The Kardashian-Jenners are no strangers of being accused of photoshopping their Instagram snaps every now and then, but it’s not often you’ll ever see the family entertaining the claims.

However, it appears for Khloé Kardashian enough is enough.

A photo emerged of the reality star in her hotel room in Paris, where she had travelled for fashion week, where Kardashian is posing, but some parts of the photo look incredibly warped, leading many to accuse her of photoshopping herself.

The same photo was also posted on Kardashian’s makeup artist Ash Kolm’s Instagram page, but was seemingly unaltered, further fuelling speculation the 38-year-old had photoshopped herself.

But it seems, according to Kardashian, the photoshopped image in question was never posted to her Instagram.

“I never even posted this photo,” she responded to a fan on Twitter. “Maybe my glam did but I didn’t. Also I mean… The bent lines in the back lol please.”

Wait not sayin my glam did that either in just saying I didn’t post this photo on my page. Where’s the receipts that I did lol people are so weird

“Wait not saying my glam did that either,” she said. “[I’m] just saying I didn’t post this photo on my page. Where’s the receipts that I did lol [?] People are so weird.”

The internet loves to stir the pot…