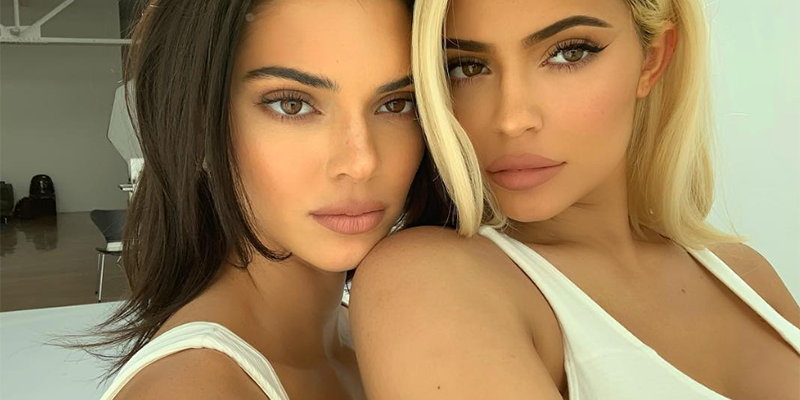 Kendall Jenner is about to become an auntie for the 11th time after her younger sister Kylie Jenner announced she was expecting her second child with boyfriend Travis Scott.

Now that the beauty mogul revealed the news to her 268 million Instagram followers, Kendall is free to spill the beans on exactly how she found out about the impending arrival in the Kardashian-Jenner clan.

Appearing on The Tonight Show Starring Jimmy Fallon, Kendall revealed she found out about the pregnancy just how everyone else did – on her smartphone. Albeit, she did get a private call from her sister.

“She called me, and I answered the phone, and she just had her little sonogram,” Kendall told the talk show host.

However, the supermodel admitted she wasn’t shocked by the news, as she had been expecting it.

“I wasn’t really shocked because I felt like it could happen someday soon, but I was excited,” she explained. “It’s just a blessing, it’s amazing.”

To announce her pregnancy 24-year-old Kylie shared a touching video to Instagram showcasing a series of clips of her pregnancy journey thus far.

The footage includes the moment she found out her pregnancy with a positive test and then sharing the news with baby daddy Travis.

The video also showcases Kylie telling her mother, Kris Jenner. In the clip, Stormi walks up to ‘Lovey’ with an envelope containing the sonograms from Kylie’s ultrasound. Clearly taken aback, Kris responds saying, “What is this – are you pregnant?”

However, it’s this footage that has also helped some fans pinpoint an estimated arrival for the new Webster-Jenner baby.

When is Kylie’s baby due?

In the footage, Kris is seeing a set of very colourful pyjamas and some fans on Reddit have managed to pinpoint exactly when the momager was wearing this set and they believe it corresponds to how far along Kylie is in her pregnancy.

The Reddit user points out that Kylie’s elder sister, Kim Kardashian, had posted an Instagram story of Kris wearing the same set of pyjamas on Mother’s Day, May 9, 2021.

Connecting the dots, the fan presumed Kylie giving her mum a sonogram from her pregnancy would mean she would have been around six weeks pregnant ( the first sonograms usually occur between weeks six to eight of pregnancy).

“If this was ~week 6, the first day of Kylie’s pregnancy would’ve been March 28,” the fan pin-pointed. “This puts her at about 23 weeks along, making her due date January 2!”

We’ll just have to wait and see if this prediction is correct!