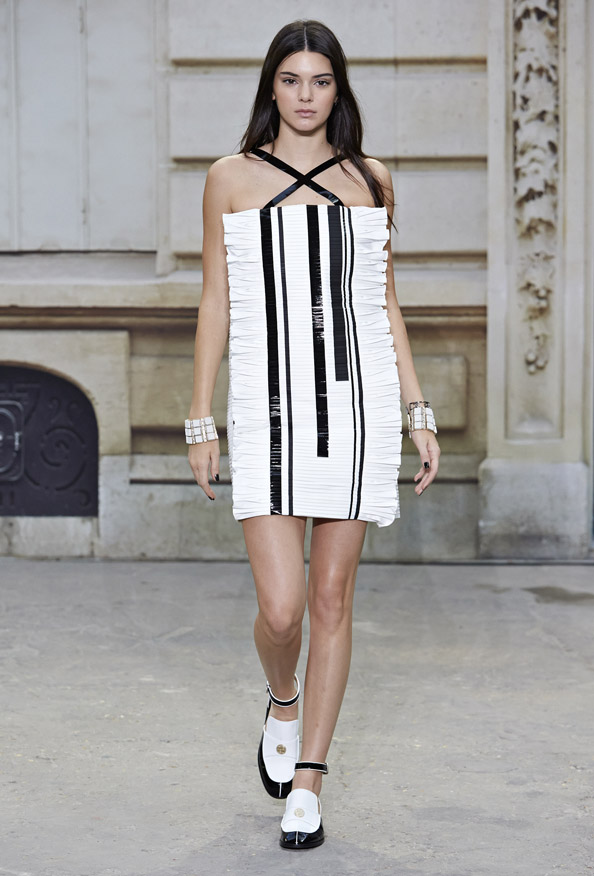 Kendall Jenner seems unstoppable – within the space of a week she had landed not one, but two major campaigns. Cosmetic giant Estée Lauder’s news that Kendall had been picked to be a new ‘face’ of the brand was swiftly followed by an announcement that she had bagged Karl Lagerfeld’s 2015 spring campaign. This news has sparked mass speculation that Lagerfeld might be putting Jenner through the paces for the ultimate prize: Chanel.

Kendall Jenner, the younger sister to the media-savvy Kardashian clan, will be joining fellow models and Lagerfeld favourites Sasha Luss, Ming Xi and Baptiste Giabiconi for the spring campaign shoot which is usually photographed by Karl Lagerfeld himself. It will certainly not be the first time she will be working with the German designer, who currently heads up the creative teams at Chanel, Fendi and his eponymous label Karl Lagerfeld. Kendall has donned the runway several times for Chanel most recently the spring 2015 ready-to-wear collection.

Kendall is perhaps one of the most talked about models of the year – her meteoric rise in the high fashion world has prompted both criticism and praise for the young model – according to some reports she was the victim of both model and media bullying in the last runway season.

Her detractors aside, there is no denying that Kendall’s preexisting fame, familial ties and mass-appeal among the younger generations are a big draw card for brands – with 16.1 million Instagram followers her popularity can only help brands through association. As a recent article in the New York Times explains Estée Lauder “did not promote the news by way of the usual public-relations machine, with news releases or email blasts. Instead, Ms. Jenner was encouraged to tell the public herself, on her own Instagram account. That post quickly garnered more than a million ‘likes,’ 50,000-plus comments and many, many heart-eyed emoji.”

The global brand president of Estée Lauder Jane Hertzmark Hudis also said: “I think what’s so exciting about  [Kendall] is that she has this social media influence along with a fashion credibility in a distinct way that speaks to millennials. There is really no one else like her out there.”

As fashion and beauty brands clamour to stay on top in their highly competitive and lucrative industries, it seems that models with a broader appeal and public personas might be disrupting the modeling industry further in seasons to come.