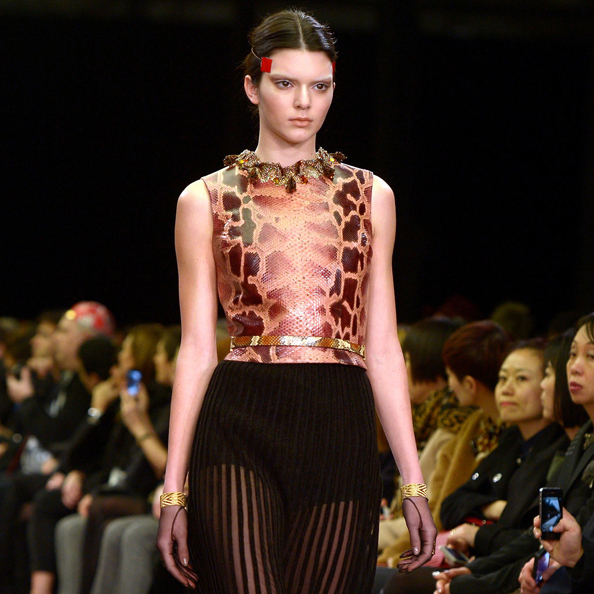 Although many may know her as the 18-year-old sister of the voluptuous KimKardashian, Kendell Jenner made a shock announcement, in a recent interview, claiming that starring on the reality TV show Keeping Up With The Kardashians actually hindered her flourishing modelling career.

From walking the runway at Chanel and Marc Jacobs to appearing in Givenchy’s new season campaign, the past year has seen Kendall Jenner hit the big time in the fashion arena. Her most recent role saw her starring on the cover of fashion’s most stylish magazine, Love.

However, according to Kendell her individual success has come in spite of Keeping Up With The Kardashians. She said in her interview with Love magazine: “People think that this [success] just came to me. But it didn’t. What I have has almost worked against me. I had to work even harder to get where I wanted because people didn’t take me seriously as a model because of the TV show.”

“I went on castings and some people weren’t feeling me because of my name,” she continued. “But it was great when people didn’t recognise me. I was like: ‘Thank you. Please don’t recognise me.'”

On her cover shoot for Love, Kendell can be seen posing topless, wearing nothing but a Fendi fox fur hood. The cover role is a major move the beauty, cementing her position as an up and coming industry heavyweight. Past cover stars have included Kate Moss, Lara Stone, Cara Delevingne and Gisele, to name but a few.

It appears big sister Kim couldn’t be more proud of Kendall. She said: “She had to work extra hard to gain this respect and to fight for people to see she’s serious. Marc Jacobs gave her a real shot and treated her like any other model. He believed in her and opened the door for her. Then Riccardo [Tisci of Givenchy] and Karl [Lagerfeld of Chanel] gave her a chance and she has proven that she is the real deal. Her hard work paid off, and that makes me so proud.”

Katie Grand, editor in chief of Love magazine, who in the past said that Kendell’s a “pleasure” to work with, said: “It would have been easy for Kendall to go with a bigger agency and gone down a celebrity route but she wants to be taken seriously as a model just like the rest of them. She is unique in wanting to turn her back on her celebrity when it comes to modeling.”