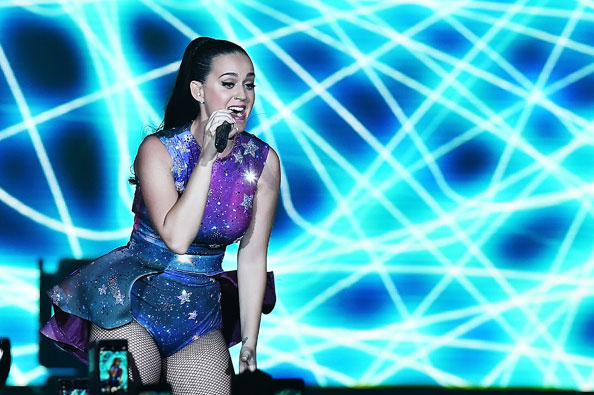 Wearing a sparkly, peplum leotard with hair scraped back in a long ponytail Katy Perry worked the local crowd up into a frenzy last night during a private concert that marked the start of a revolutionary new project.

“Come on guys, loosen your ties. Let’s get this party started… let’s do it for your kids. They might not know what a boeing is but they know what a Katy Perry is,” and with that cheeky comment Katy Perry, performed live in Dubai at the Dubai Air Show gala dinner, getting the large crowd in the mood to party. 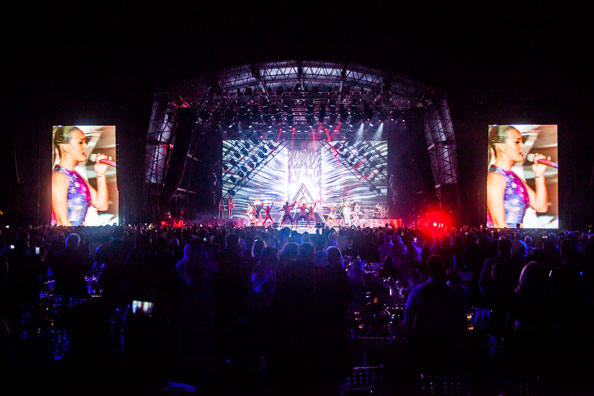 Flanked by a bevy of male and female dancers wearing metallic American cheerleader and jock-style outfits, the I Kissed A Girl singer was upbeat and energetic as she performed all of her top hits, which we have to admit the vast majority were singing along to. We knew she wasn’t just our guilty pleasure. 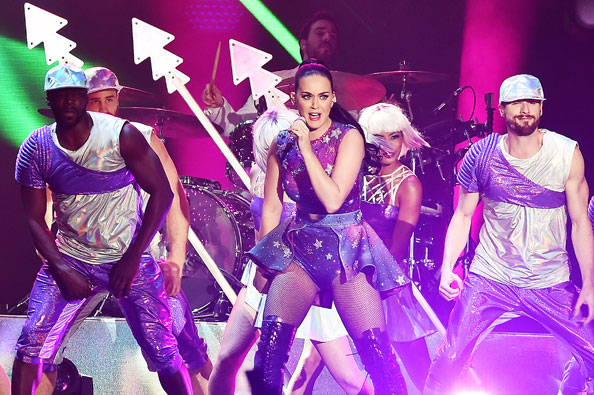 Putting on one of her best shows to date the singer used a series of props including the old favourite sharks, which made a debut back in the Super Bowl. 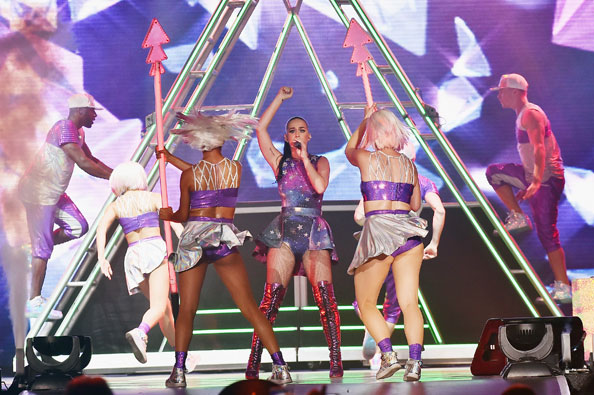 The singer, who kicked off the night with smash hit Roar, marks the launch of a new initiative called MusicDXB, a new concept that will feature performances from established and emerging international artists at the airport where travellers passing through Dubai International will be treated to a live show.

Related Story: Top 5 Katy Perry Songs That Should Be On your Playlist

Related Story:  Why Katy Perry Is Our Woman Of The Week #WomanCrush 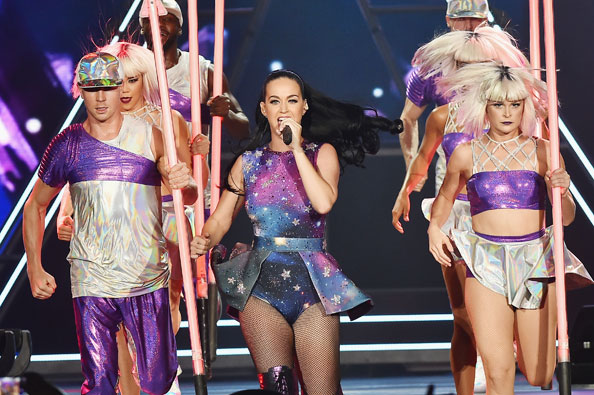 Local event management and music promotion firm Done Events will partner with Dubai Airports to manage talent selection and the production of in-airport concerts conducted under the musicDXB banner. 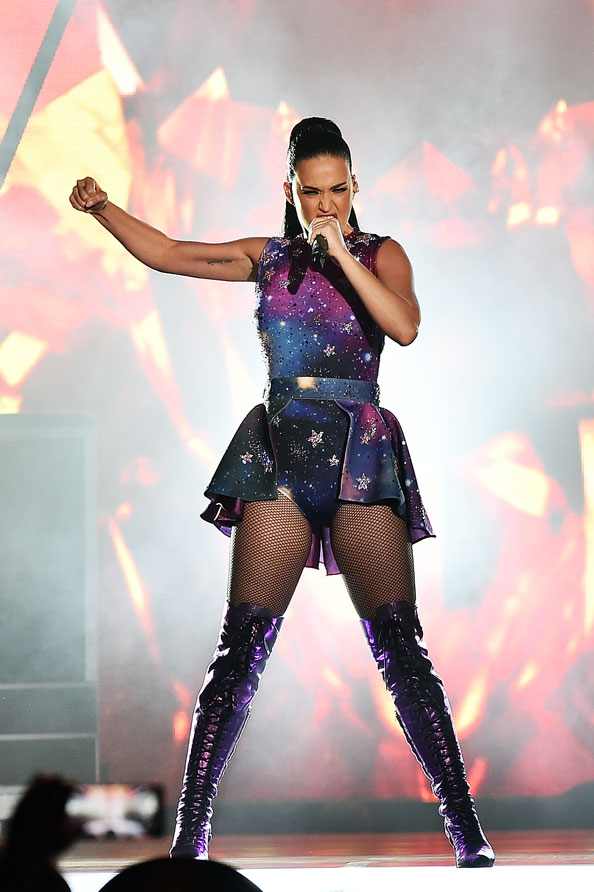 Let me hear your roar

A spokesperson said: “MusicDXB is the latest milestone for Dubai Airports in what has been a long and storied love affair with the performing arts. Dubai International has hosted other pop-up events including an impromptu airport concert featuring Kelly Rowland.”

Subsequent performances on the MusicDXB stage will be broadcast live on the Dubai Airports social media platforms. So stay tuned…