Katy Perry Is The Face Of Moschino 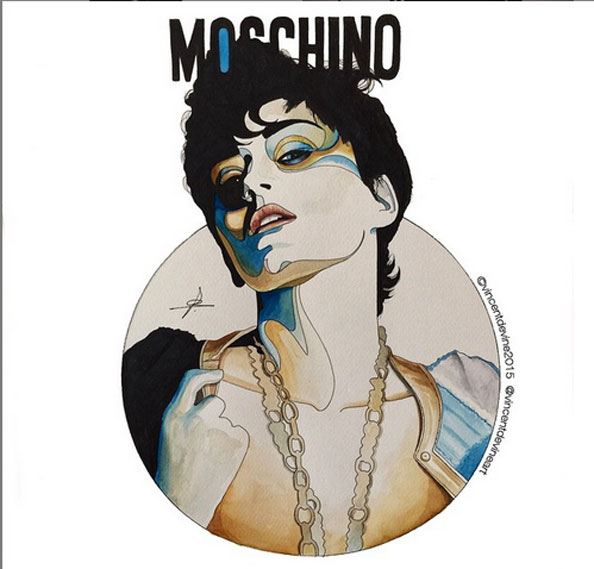 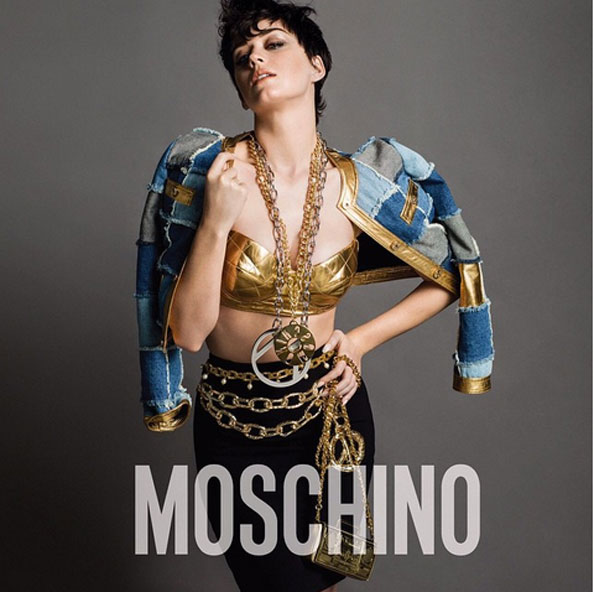 Proving she isn’t phased by Taylor Swift’s alleged diss in Bad Blood, Katy Perry is getting on with her life becoming  the first ever celebrity ambassador for Moschino.

Having worn creations by Moschino’s creative director Jeremy Scott to nearly ever red carpet event it is no surprise that Katy Perry has finally been named as the new face of the quirky fashion brand.

The Roar singer made the announcement via social media – naturally, what isn’t announced online these days? – posting an image of a 1990s-inspired look on her Instagram account.

The 30-year-old pop star poses seductively in a gold bra, a patchwork jacket, heavy chain jewellery and sports a Kris Jenner-esque short crop in the new ad campaign for Moschino.

The autumn/winter 2015 campaign was shot by renowned shutterbugs Inez and Vinoodh back in March. The campaign is an iconic one for Jeremy Scott as it is the first time the American designer has used a celebrity to front an ad for the brand. Previous Moschino stars have been models Linda Evangelista, Sasha Luss and Anna Ewers.

To make the advert even more iconic, famed fashion illustrator Vincent Devine, of Next Top Model  fame, has already created his own version of the campaign image. The artwork was posted on his Instagram account and reposted by Moschino.

Katy’s partnership with Moschino comes just weeks after the fierce media speculation surrounding Taylor Swift’s single Bad Blood, which is rumoured to be about the two singers falling apart after Katy allegedly tried to poach some of Taylor’s backing dancers.

The rumour mill went into a frenzy again this week when the song 1984 was registered on BMI’s website, listing Katy Perry as the artist. However, while we all expected a war of lyrics among two of the world’s most popular female music artists, it seems it’s all hype with Katy’s management saying the ” story is completely false”.