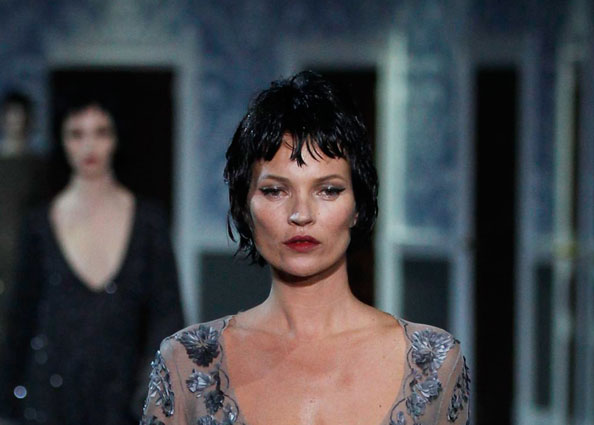 What Ms Moss wears, others will naturally follow suit. The question is, will we be trying this shaggy, shock crop? We answer with a resounding NO!

And neither will Kate Moss as thank goodness it was only a wig worn for Louis Vuitton’s A/W13 show in Paris yesterday.

Hair attack aside, what a show!

The 90s was definitely present with plenty of slinky camisoles worn beneath boxy overcoats, made glamourous with a smattering of sequins and feathers at the hem.

But it was Kate Moss who of course stole the show, the 39-year-old supermodel and mother closed the show looking incredible in a rather risqué, embroidered sheer gown.

With Marc Jacobs at the helm of the house, the luxury French fashion brand was one of the last to show at Paris Fashion Week.

‘She is so many different women, she has a certain decadence, she likes luxury, she’s kind of bored. It’s a mix of many eras, there’s some Gloria Swanson and a lot Hollywood. It’s friends of mine who were in the show but who will remain nameless.’, says Artistic Director, Marc Jacobs on the concept for his new collection.

Post-show, young model-of-the-moment and EW cover girl, Cara Delevingne joined Kate and co for a lunch at the fash pack fave, L’Avenue restaurant. Oh, to be a fly on the wall to listen to that table chatter! 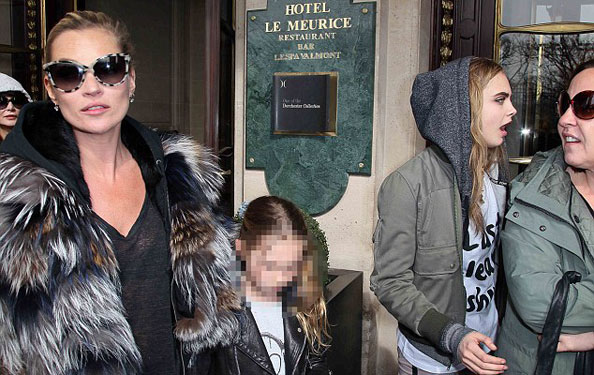 Watch this space for EW’s PFW report coming next week