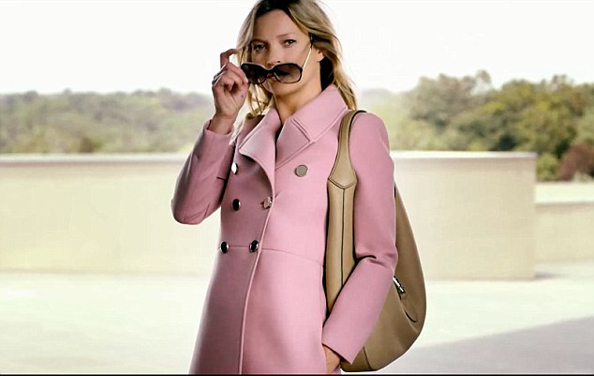 Gadding about town in a collection that looks like it was made for her, Kate Moss shows exactly why she’s still Queen Bee in Gucci’s new campaign video.

Centred around celebrating the Italian powerhouse’s latest incarnation of The Jackie bag, Kate Moss channels the spirit of another timeless style icon – Jackie Onassis, after whom the bag was named. First introduced by Creative Director Frida Giannini in 2009, The Jackie has been updated in a new range of colours, leathers and shapes (no less than five) for the new season. Classic shades of black, brown and camel now sit next to rosy blush, aquamarine and cerulean – perfect for Dubai’s warmer weather. It keeps the house’s trademark piston-closed symbol; an inimitable Gucci stamp. It’s the perfect synergy of then and now; Moss, known for her signature nods to retro dressing, is the ideal poster girl for Gucci’s late 1960s, early 1970s-inspired collection. Chock full of mid-heel patent go-go boots, A-line shifts and razor-sharp tailoring offset with shaggy fur coats, Moss is every inch the ageless starlet she portrays in the film. Hounded by paparazzi (and using The Jackie to conceal her face – handy), she runs around Rome in superstar shades, rock-chic hair blowing in the wind, trying to avoid recognition and looking fabulous whilst doing so – so, not that far removed from real life.

The film, set to Brit musician of the moment King Krule’s A Lizard State, brings past and future together in one succinct manoeuvre – not that we’d expect anything less from Gucci, of course. Giannini said of her choice to cast Kate: “I have always admired her – she is an icon of today. A trendsetter, an independent woman and absolutely contemporary. She embodies my A/W14 collection as a sophisticated woman who dresses to please herself rather than others.” If that’s the Gucci woman, sign us up.

The Jackie Bag is available in Gucci, The Dubai Mall from mid-September, the A/W14 collection will be in by October.

Get the October issue of Emirates Woman for the complete images from the Gucci campaign. #JACKIEBAG