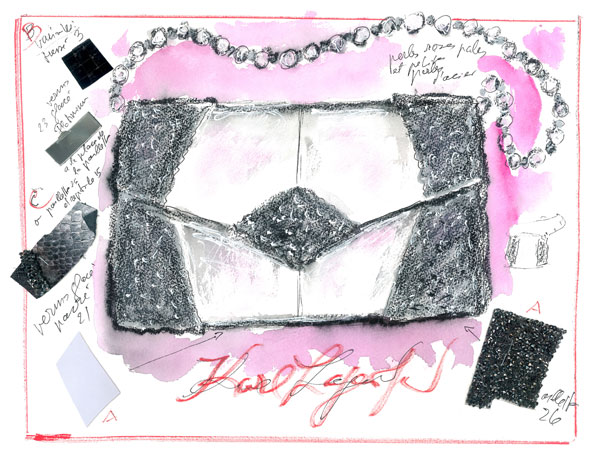 Not only has Karl Lagerfeld launched its first global online women’s flagship store, karl.com, but the brand is marking the milestone by collaborating with artnet for an extraordinary fashion auction.

To celebrate the launch of karl.com, the legend that is Karl Lagerfeld has designed three one-of-a-kind handbags that will be auctioned on artnet, in addition to the corresponding original sketches.

All three of the bags have been expertly crafted by hand, and the rare sketches are coveted as pieces of art as they as typically not available for sale.

The exclusive handbag designs will be revealed on November 2, and live bidding will open on artnet Auctions from November 5 through November 10, 2015. 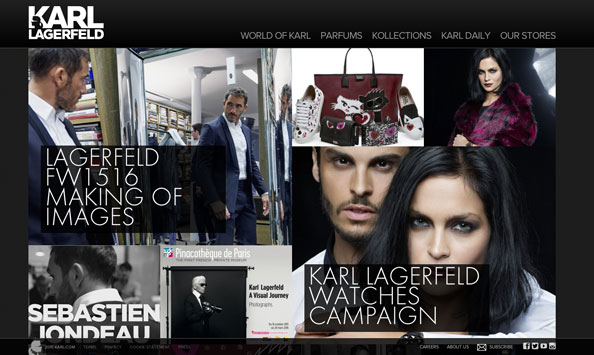 To celebrate the launch of karl.com, the legend that is Karl Lagerfeld has designed three one-of-a-kind handbags that will be auctioned on artnet

“We are extremely proud to be partnering with Karl Lagerfeld, whose enduring success and influence are unprecedented,” said Jacob Pabst, artnet’s CEO. “Karl Lagerfeld has been a legendary figure of the fashion world for decades, but his talent extends well beyond his numerous collections. His fashion shows and his stores become art installations, while his drawings and his photography show us the extraordinary breadth of his talent as an artist.”

Karl.com is the online flagship for Karl Lagerfeld’s eponymous brand. It carries the full breadth of the brand’s women’s collections including ready-to-wear, accessories, fragrance, watches, eyewear, novelty items and a wide assortment of bags.

Giving the brand its edge, the site will introduce new styles every two weeks and will ship to 97 countries worldwide, allowing the brand to further share its iconic, accessible-luxe designs with shoppers across the globe – you can make purchases in Euros US dollars, Pound Sterling and Japanese Yen.

A teaser sketch of one of the bags. The real designs will be revealed on November 2

Artnet hosts nearly 10 million fine art auction records, including 159 sales of works by Karl Lagerfeld. It is a pioneer in helping galleries leverage the Internet to reach a global audience of collectors. Launched in 1995, the Gallery Network is the world’s largest, with over 1,400 galleries selling works by over 35,000 artists.

With three unique bags by King Karl up for sale we predict this could be one of their most popular auctions yet. Don’t miss out, Karl Lagerfeld sells exclusivehandbags at artnet auction from November 5 and closes November 10 on artnet.com