KARL LAGERFELD: A look back on his iconic career

On 19 February, the house of Chanel released the shattering news that it’s legendary creative director, Karl Lagerfeld, had passed away aged 85, just weeks before he was due to showcase his Autumn/Winter ’19 collection at Paris Fashion Week.

Today, the designer’s final collection for the French fashion house will be revealed, with the show kicking off with a moment of silence in honour of the brand’s late creative director.

Within minutes, the stream of tributes started to flood social media as a legion of celebrities, models, editors and fellow designers shared their devotion and devastation upon hearing that the visionary designer, artist and photographer had died. A small and intimate ceremony was held in Nanterre, near Paris, a few days after the announcement. Chanel-clad guests such as Anna Wintour, supermodel Natalia Vodianova and members of the Monégasque royal family flocked to bid farewell to the man who was widely regarded as one of the most prolific and influential designers of our time.

Born in Germany, Lagerfeld moved to Paris as a teenager where, aged 21, he entered the 1954 International Wool Secretariat competition and won in the coat category, alongside fellow winner Yves Saint Laurent. The recognition landed him a job assisting renowned designer Pierre Balmain, where he stayed for a handful of years before moving to Jean Patou to head up the couture division. 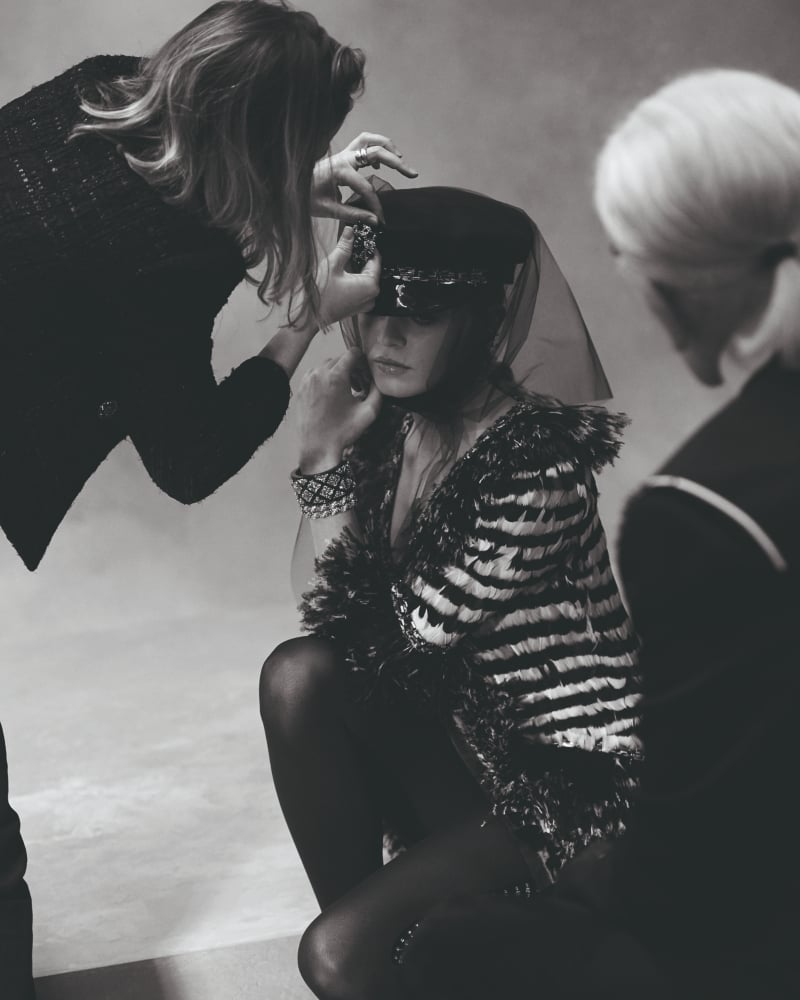 In the years that followed, the talented young designer broadened his horizons and further honed his craft by freelancing for various brands, namely Chloé – the esteemed French atelier that he would later go on to take sole creative control of. By the mid-1960s, Lagerfeld had also joined forces with the Fendi family to help breathe new life into the Italian brand’s ready-to-wear and fur lines.

It was in 1983 that Lagerfeld officially took over the reigns as Chanel’s creative director, a role that defined his career and one that he held onto for over three decades – all while assuming his position at Fendi and producing collections for his own eponymous label that was launched a year after joining Chanel.

Through his clever reinvention of founder Coco Chanel’s signature tweed suits, pearl chains and quilted handbags, Lagerfeld has long been credited with propelling the once fading house of Chanel to its current superbrand status. 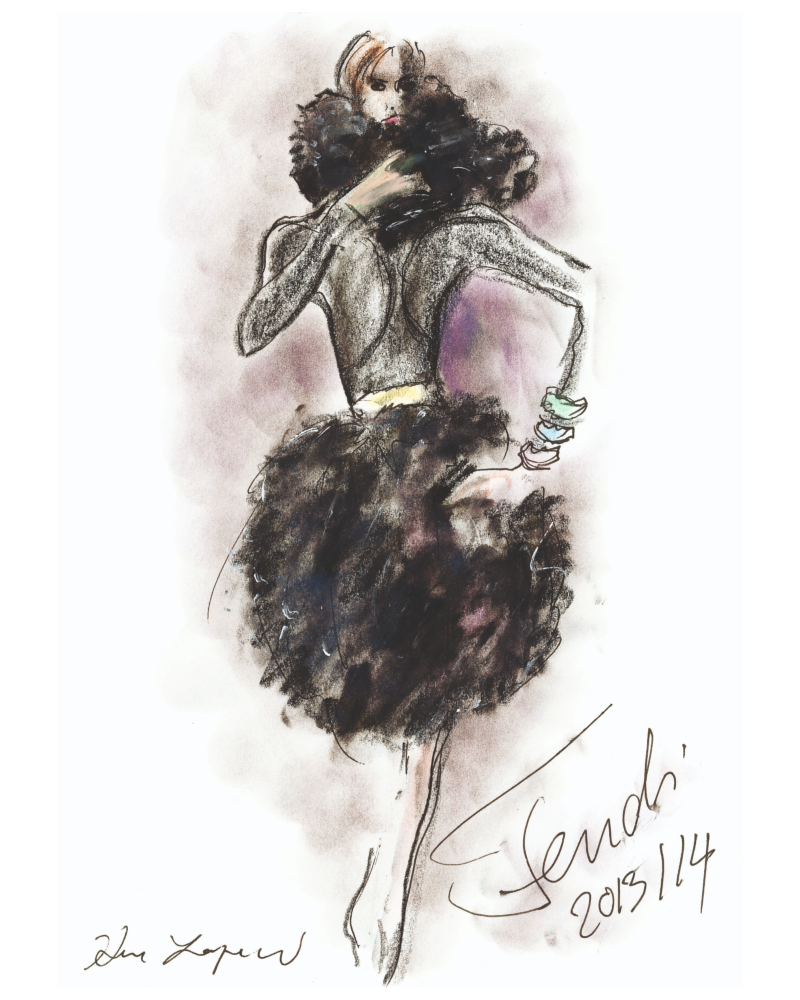 Under his creative helm, Chanel has also been celebrated for putting on many of the most elaborate and cutting-edge shows in fashion history. Standout shows range from his 2014 Arabian nights-inspired Cruise collection in Dubai, to a supermarché set-up stocked with CC-logoed groceries, a winter wonderland featuring a giant iceberg imported from Scandinavia, and his recent Spring/Summer ’19 collection, which saw Paris’s Grand Palais decked out like the French Riviera, complete with sand, waves and a mini boardwalk.It was the latter that would be his final bow to the front row.

While the famed designer has kept much of his personal life under lock and key, he did once declare: “No memoirs. I have nothing to say, and what I could say, I cannot say.” He would often wax lyrical about his Birman cat, Choupette, who, aside from having her own Instagram account, was once revealed to have two personal maids (for both day and night) and ate meals at the table alongside her adoring master. 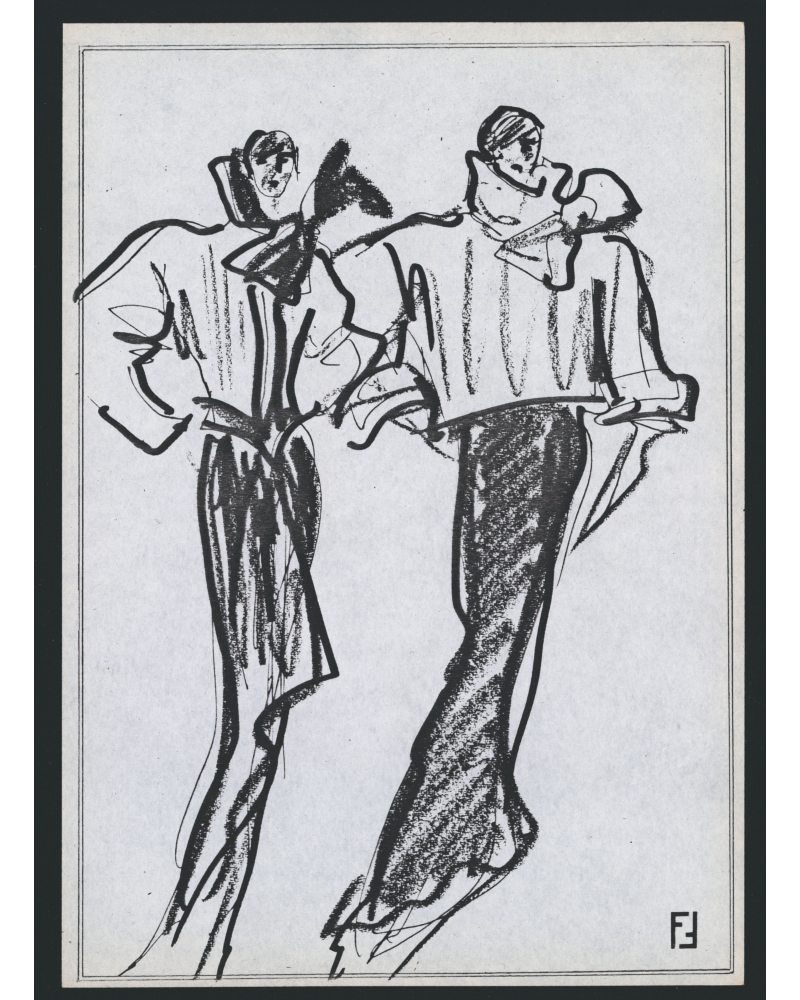 In hard-to-come-by interviews with Lagerfeld over the years he became beloved for his wickedly quick wit and sharp quips, much of which was collected for a tongue-in-cheek book titled The World According to Karl, which included comical aphorisms such as “Sweatpants are a sign of defeat” and “I’m very much down to earth. Just not this earth.”

Producing 15 collections a year, not to mention photography and books, would be a challenge for any seasoned professional, but even towards the end the multitasking designer showed no signs of slowing down and often challenged any hints that he should. “Please don’t say I work hard,” he once said to The Independent. “Nobody is forced to do this job, and if they don’t like it they should do another one. People buy dresses to be happy, not to hear about somebody who suffered over a piece of taffeta.” 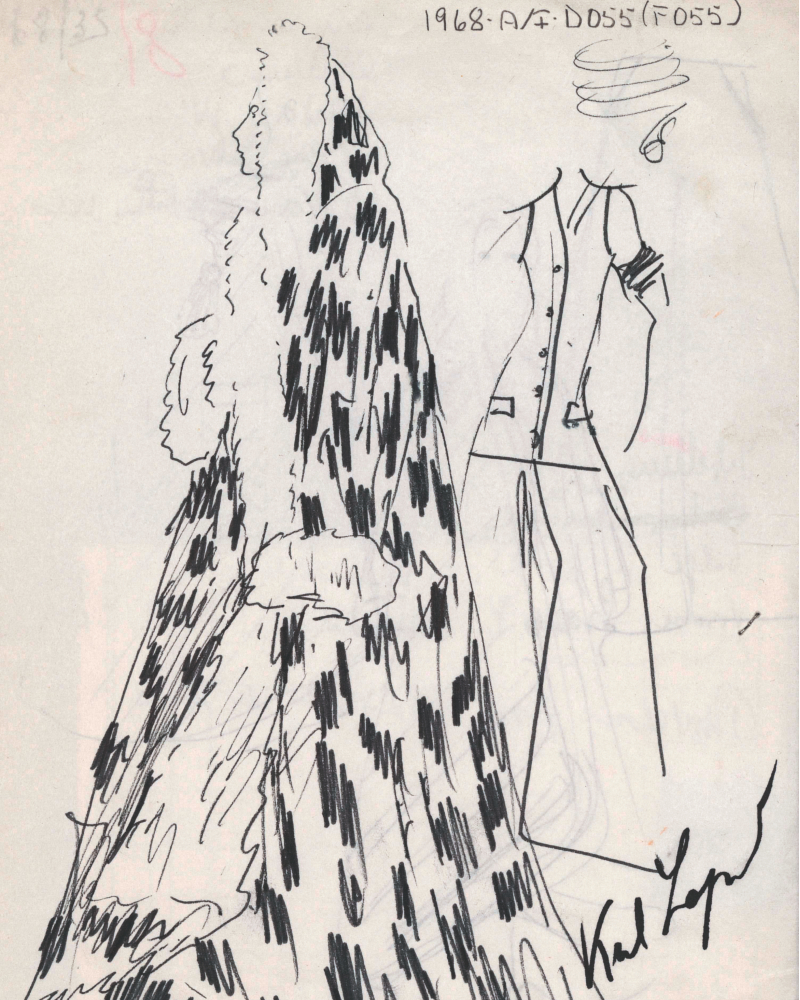 The term genius is not a label that the fashion industry offers out lightly, yet one that will surely forever be synonymous with the indelible King Karl and the legacy he leaves behind. But, as Lagerfeld once said himself: “There is nothing worse than bringing up the ‘good old days.’ To me, that’s the ultimate acknowledgment of failure.” So here’s to looking ahead to the new season. You haven’t heard the last of Karl Lagerfeld