In a vast modern suite in the Caro hotel, Valencia, Gwyneth Paltrow is lounging on a sofa, dressed head-to-toe in Hugo Boss.

Her slippers are kicked off and she’s refreshingly un-Hollywood in her attitude, greeting me with a ‘best pal’ smile’ and politely ordering a pot of green tea and some vitamin C.

OK, so on first impressions she isn’t very rock ‘n’ roll, but, before you start jumping to the conclusion that she is the all-healthy eating, goody two shoes actress you imagined, I can tell you she is not.

During an exclusive interview with Gwyneth – who is the new ambassador of Boss Jour perfume, author of a best-selling cook book (It’s All Good), star of a Hollywood Blockbuster (Iron Man 3), wife to rockstar Chris Martin and super-mum to Moses, seven and Apple, nine – she revealed a dark and naughty side that is guaranteed to turn her critics into ardent fans.

Our verdict? She’s funny, down-to-earth, refreshingly normal and definitely wild – lest we forget she also once dated Ben Affleck, recently joked about her “70s-style” bikini line on the Ellen DeGeneres show and criticised the Met Gala, insulting Anna Wintour in the process, she’s obviously got nerve too.

Of course, you will need to buy the new June issue to read all about her “shady past”, but here’s a sneak peek to whet your appetite….

On having a “butt of a 23-year-old stripper”… “I’m very hardcore. Like every single day I will be dripping in sweat and gasping for breath during my workout. But I have to because I really eat food, and I don’t want to not drink wine.”

On her eating habits… “I’m never on a diet.  I cut out processed foods and sugar. I don’t like processed food and I think it’s a big drain on your body and I have never been a sugar person really.”

On recently being voted the most beautiful woman in the word… “I was so flattered and so honoured. I literally thought that my publicist had emailed the wrong client. I read the email three times. I was like: ‘What? I’m 40. What’s happening?’”

On her marriage… “As a wife [my role] is about the time spent side by side with someone and the investment in each other.”

On cooking… “I get in the kitchen take off my shoes and get dirty in food. I feel like I creating something to nourish my family.” 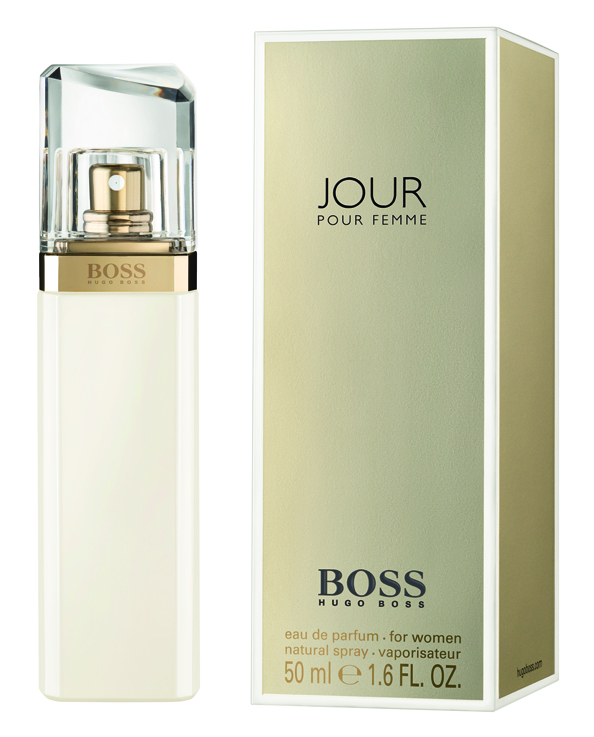 Boss Jour Dhs291 for 50ml, Dhs379 for 75ml) is available at all perfumeries and department stores from September 2013.

The new issue of Emirates Woman is out on shelves now and also available online here. 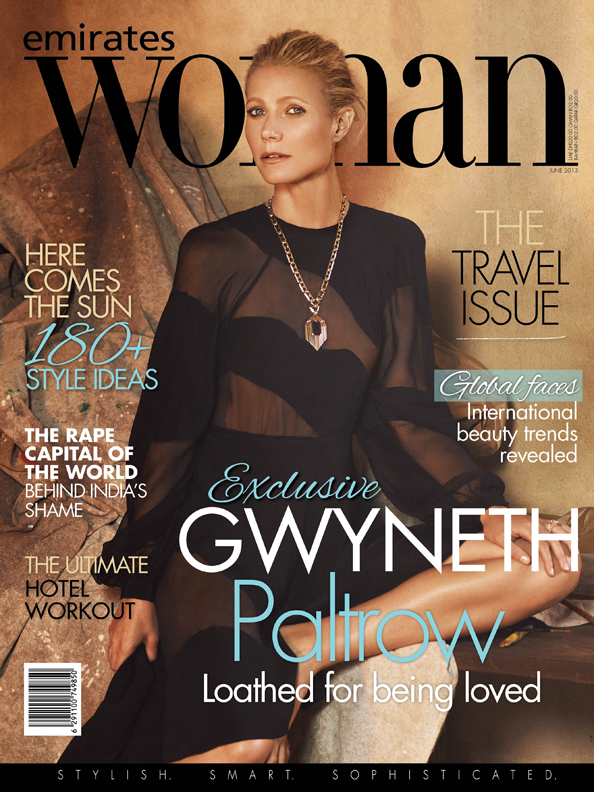