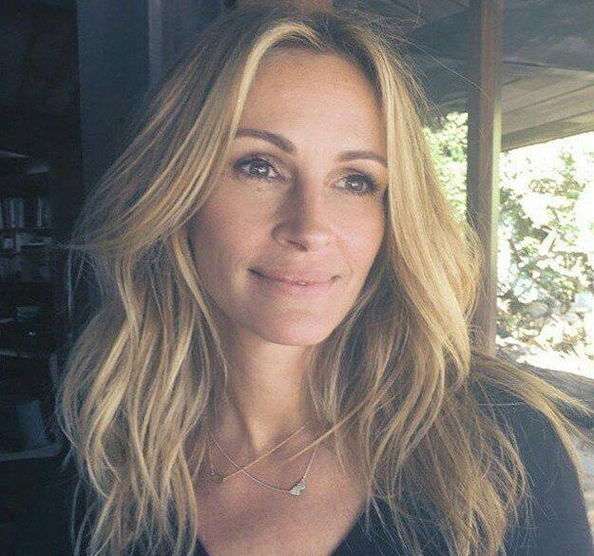 Our Woman Of The Week is the notoriously private Julia Roberts, who has revealed her struggle with depression in a frank post on Facebook; and encouraged fans to “live every day like it’s your last”….

From a distance, Julia Roberts’ life looks pretty perfect. A near 30-year Hollywood career, a happy family, a high-profile (and lucrative) gig as a face of Givenchy… not to mention a certain gold statuette that no doubt takes pride of place in one of her palatial homes in New Mexico or Malibu. But often behind the sheen of stardom lies an altogether different story, as Roberts proved when she revealed on Facebook that she has suffered from depression. 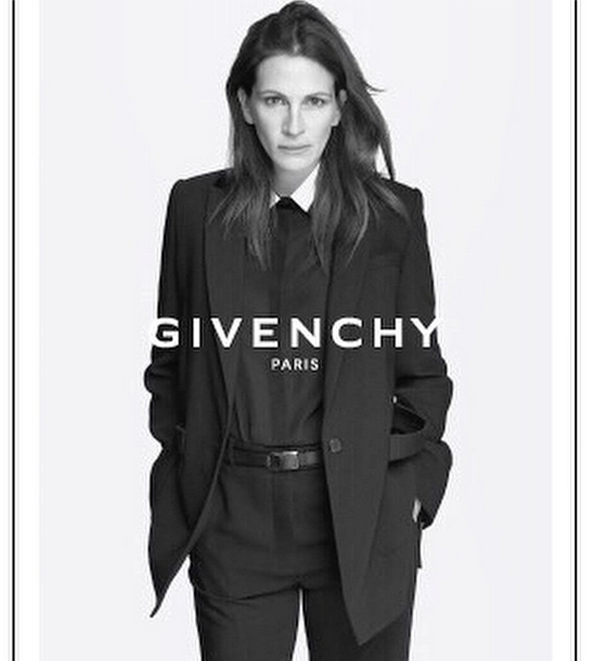 The actress starred in a recent Givenchy campaign

As the owner of one of the most famous smiles on film, it’s difficult to imagine the Pretty Woman star mired in sadness or self-doubt. But Roberts said she had to fight her way back from depression after becoming convinced “I wasn’t good enough, or I was too old”.

The 47-year-old actress said she didn’t tell anybody when she became ill two years ago.

“As I look out my window and look back at my life, I realise that life is precious,” she said on Facebook. “You have to live every day like it’s your last. What people don’t know about me is that I had depression a couple years back. I never told anyone about it. I thought I wasn’t good enough or I was too old. I had to fight my way out of depression. The person holding me back from my happiness was ME. Now, I treat life like a child treats candy. Life is short, so live TODAY.”

Julia’s post, which was accompanied by a smiling photograph, sparked a flood of comments from fans voicing their support or sharing their own, similar experiences. 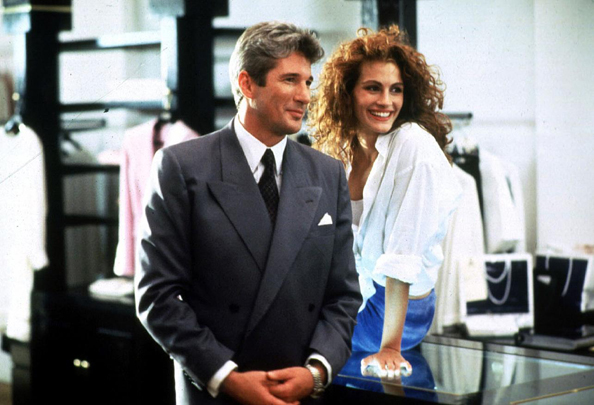 Megawatt smile: Julia has been a fixture on the A-list scene since her Pretty Woman days

Statistics suggest that depression affects more than 14million adults every year in the US alone, and women are thought to be at a far higher risk of developing symptoms of depression than men. But medical experts say the illness slips beneath the radar because people are often reluctant to seek advice from doctors about what they regard as “emotional” issues, and because of the stigma that still surrounds mental illnesses.

A high profile figure like Roberts choosing to speak openly about her own experience of depression, and encouraging other women to speak out by doing so, can only be a step in the right direction.

One Emirates Woman shares her personal battle with depression.