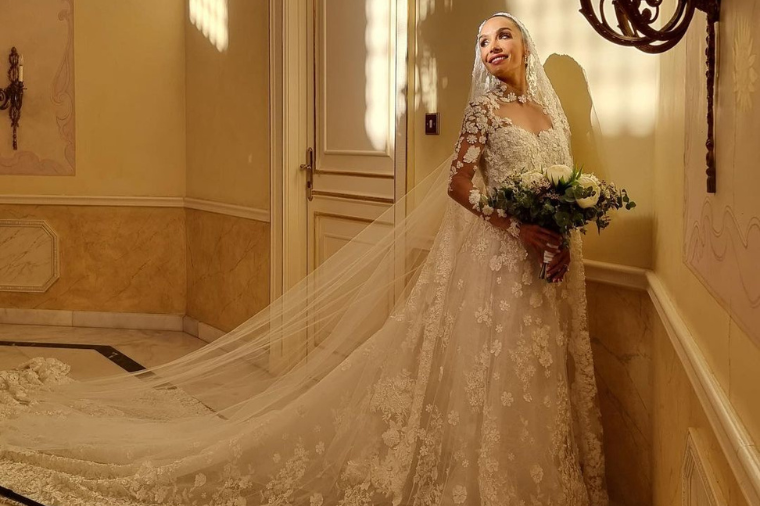 Congratulations are in order for Jordan’s Samiha Zaid Al-Fayez who wed Zaid Al-Rifai over the weekend.

The bride, who is the adopted daughter of Her Royal Highness Princess Taghrid Muhammad and the late His Royal Highness Muhammad bin Talal of Jordan, stunned in a bespoke Reem Acra gown when walking down the aisle on her wedding day.

With royal fashion already in a league of its own, this contemporary custom gown created by the renowned Lebanese designer with floral detailing gave the blushing bride an ethereal touch.

To complement her look, hairstylist Victor Keyrouz gave the bride a sleek back bun which the veil cascaded from. Meanwhile, celebrity makeup artist, Bassam Fattouh, gave Samiha a flawless matte finish look with a dewy glow.

The couple became engaged back in 2019, but have actually been together since high school.

The pair both attended Kings Academy boarding school in Jordan where they shared one class together.

“Zaid and I attended our high school’s first prom together in 2010! It was the first ever prom in King’s Academy’s history, so it’s a special memory,” Samiha recalled in a piece published on the school’s website.

Congratulations to the newlyweds!