John Galliano Is Back Thanks To Maison Martin Margiela 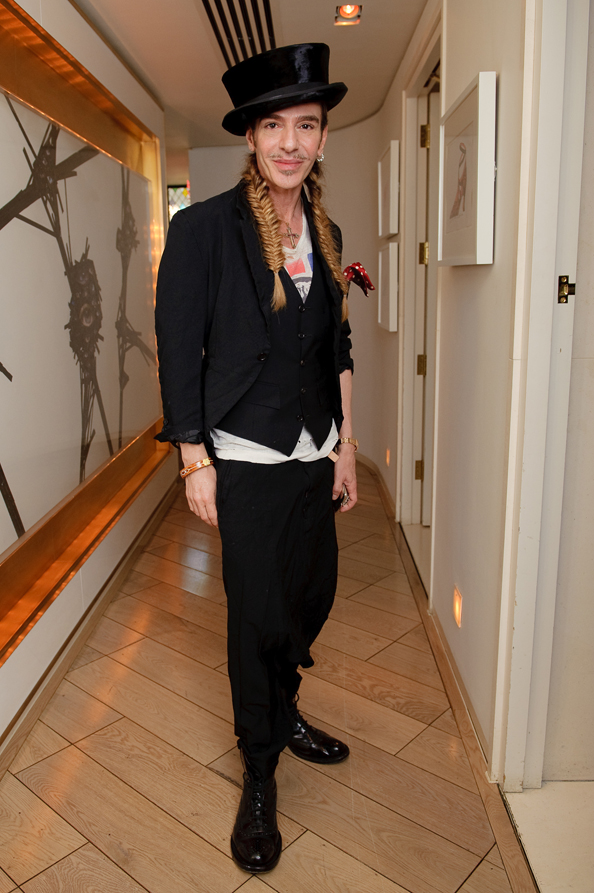 The rumour mill has been spinning for months about his comeback and it now seems that John Galliano will be taking a position at Kanye West’s favourite fashion house, Maison Martin Margiela.

The move comes after John Galliano tentatively got back into the fashion game last year with a residency with his beloved friend, Oscar de la Renta for the Dominican designer’s autumn/winter 2013 collection, after being publicly fired in 2011 from Dior due to his alcoholism and anti-Semitic remarks which were captured on film in a Paris café.

The news of the new position comes after Galliano revealed to French newspaper Le Point back in June of this year that he was now ready to step back into the spotlight. He revealed: “The new Galliano will be even bigger and better. I love working, it’s my therapy. I can draw until four in the morning every night and not feel tired. I’ve come face to face with my demons, medicine and alcohol. I have rebuilt myself again.”

Surprisingly, the move into the spotlight involves going to one of the most notoriously secret fashion brands in the world. Despite their high profile clients and much-documented collaboration with high street supremos H&M, Maison Martin Margiela have kept the identity of their designer team under wraps.

If Galliano does join the house, he won’t be working on ready-to-wear. In a move far more fitting of the designer’s prowess for opulence and extravagance, the French label have secured him to create an haute couture line within the brand, who have already hired several seamstresses specifically to work with fashion’s former Enfant Terrible. Currently acting as creative director for Russian perfumery chain L’Etoile and keeping his head well under the radar this next step may confirm that the fashion world is finally ready to welcome him back with open arms.