Who is Jennifer Lopez’s favourite designer? That would be Lebanon’s Zuhair Murad Jennifer Lopez is one of Hollywood’s most famous entertainers, but she is also known for her daring style choices, on and off the red-carpet. After all, the songstress received the Fashion Icon Award at the 2019 CFDA Awards. So, when you are a world renowned star, the biggest designer brands will want to dress you, but who is J-Lo’s favourite? That would be Lebanese designer, Zuahir Murad.

The 49-year-old is currently celebrating her upcoming 50th birthday in the grandest way possible, by going on a world tour. And next month, she will be taking her It’s My Party World Tour to Egypt’s North Coast on August 9. In anticipation for the gig, Jennifer sat for an interview with the event’s organiser Venture Lifestyle, where she gushed about Zuhair Murad, revealing that he is one of her all-time favourite designers.

In a clip shared by the Lebanese designer on his Instagram, J-Lo can be seen telling Rabih Mockbel: ““I love Zuhair, he’s probably my favourite.” Then, the Hustlers actress went on to describe the moment when she first discovered Zuhair and his work. “I discovered him years ago when I was doing a show somewhere. I was doing a show and I was so jet-lagged and I was up in the middle of the night watching Fashion TV, which they had in this country I was in, and he had this beautiful show and I was like, ‘Who is this guy?’”

“I came back (to the US) and I said, ‘Do you guys know Zuhair Murad?’ and nobody knew who he was, none of the stylists, nobody in the United States knew who he was. I was like, ‘You have to get me this dress for the Met Ball.” Lopez was referring to the MET Gala, one of the fashion world’s biggest nights, where Hollywood legends, A-listers and even royalty congregate at one of New York’s finest museums, the Metropolitan Museum of Art, to raise money for its Costume Institute. The singer did indeed wear a Zuhair Murad gown to the 2010 MET Gala. 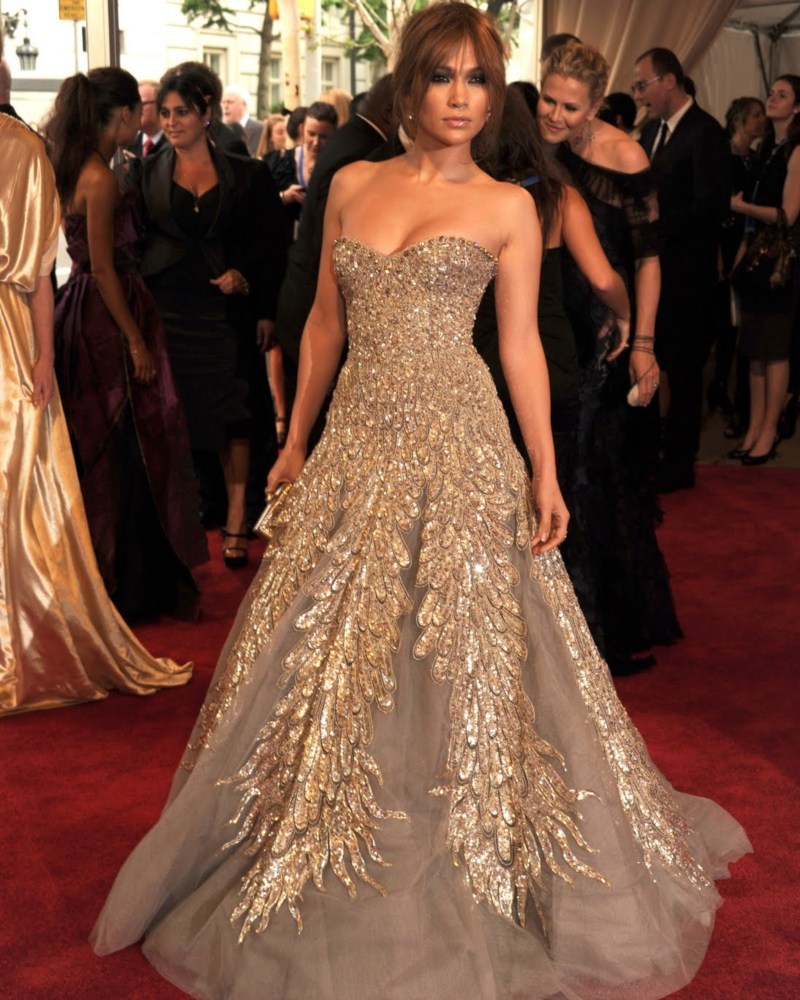 “I wore his dress to the Met Ball and after that, I just started using him for everything — he designed my last tour — we just have a great relationship. He’s a beautiful man, a beautiful designer,” Lopez added.

While the Jenny From the Block singer championed Zuhair on her It’s My Party tour, he wasn’t the only Lebanese designer to make the cut. One of Jennifer’s most eye-catching looks on tour is a bright neon bodysuit by Nicolas Jebran, which she paired with matching thigh-high boots from Andrea Wazen.

A post shared by Nicolas Jebran PersonalAccount (@nicolasjebran) on Jun 8, 2019 at 4:35am PDT