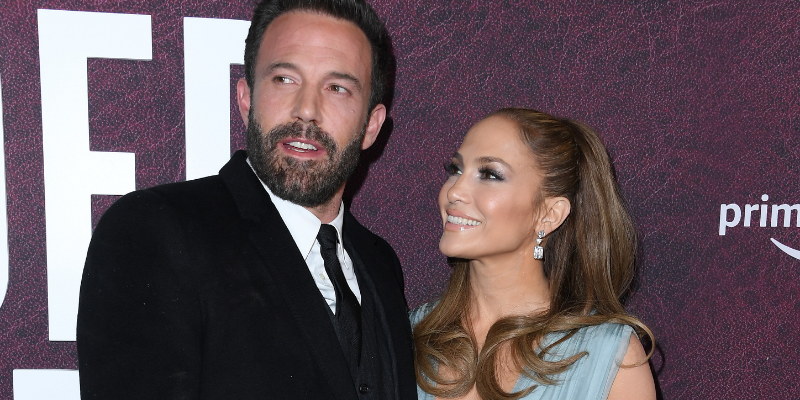 After making their first red carpet appearance together in 18 years back in September, Jennifer Lopez and Ben Affleck – also known as ‘Bennifer’ –are once again bringing back 2000s nostalgia with a vengeance.

The couple, who rekindled their romance this year after two decades apart, walked the red carpet at the premiere of Ben’s new film The Tender Bar in Los Angeles.

To mark the occasion, JLo chose to wear a gown by Lebanese designer Elie Saab.

The semi-sheer pastel green dress featured a plunging neckline with flowing fabric. It was one of the standout gowns from the couturier’s Fall/Winter 2021 couture collection. Meanwhile, Ben looked more ready for winter wearing a simple black suit.

The pair looked picture perfect together as they posed for cameras together.

JLo and Ben rekindled their romance earlier this year, with rumours running rife they had gotten back together in April. The couple eventually confirmed their relationship in July of this year.

In September, the couple walked the red carpet together at the Venice Film Festival for the first time in 18 years.

The last time the pair walked a red carpet together was back in 2003 at the premiere of the film they starred in together Gigli.

At the time, the couple were engaged and were set to marry on September 14, 2003, but was postponed due to what was cited at the time as “excessive media attention” surrounding the nuptials. Four months later in January 2004, ‘Bennifer’ announced they had split.

Ben went on to marry actress Jennifer Garner in 2005, but split up in 2018. The pair have three children together.

Meanwhile, Jlo went on to marry Marc Anthony in 2004, with whom she has two children. The pair divorced in 2014 after 10 years of marriage. Most recently, JLo was engaged to former professional baseball player Alex Rodriguez. They began dating in 2017 and became engaged in 2019. However, the couple announced their split in April of this year.

And now, two decades on, Bennifer is having their second moment.