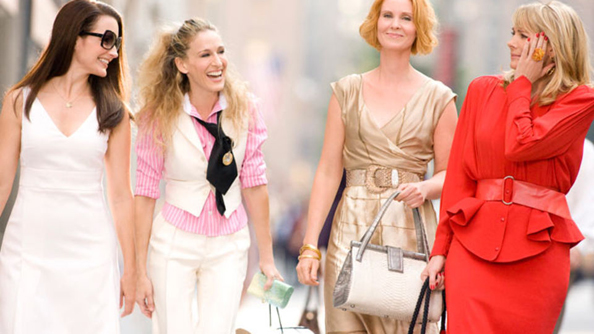 The series was a sensation, the first film was meh, the second more, eh? But not letting bad critics get in the way, the gang behind Sex And The City feel there is “one story left”, with actress Jennifer Hudson confirming there will be a Sex And The City Three!

In a recent radio interview Jennifer Hudson, who starred in the first Sex And The City movie, announced: “Somebody just came to me talking about that. So if it’s in the talks, it might happen. So look for it.”

Hudson’s titillation is just the latest from the Sex And The City Three camp, who have been cryptic for a while. When producer Michael Patrick King told Entertainment Weekly they had “one story left”, we couldn’t help but think there was something in it. Sarah Jessica Parker also said in an interview: “Michael and I know what that story would be, but when and if it’s ever told, there has been no concrete discussion about it ever.”

When the TV series, which last aired 10 years ago, came to an end us hardcore fans were devastated as such there was much hope behind the first movie Sex And The City also known as Carried Away. Despite the anticipation the 2008 launch wasn’t met with great applaud, receiving a poor 5.6 out of 10 ratings. The second film, most of which was filmed in Abu Dhabi, was even worse – poor plot, bad stereotyping and OTT characters (the stars were almost like caricatures).

There’s no doubt that ardent fans, and, yes, that does include us, will be queuing up for tickets for the third movie. Surely it can’t be any worse than the previous two, and, as they say, three time’s a charm. Either way we expect major fashion moments, classic Carrie Bradshaw-isms (“I like my money where I can see it – hanging in my closet”) and sassy attitude.