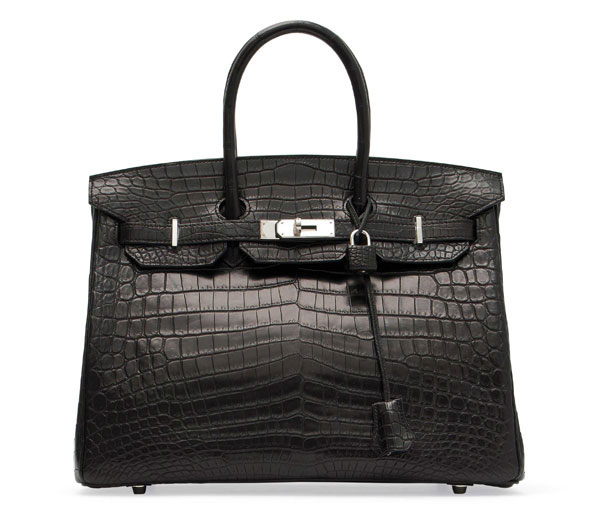 It’s one of the most lust-worthy bags in the fashion industry, with the most exclusive lines having a waiting list longer than your arm, but the Birkin could be coming to an end, it’s name at least, after style icon Jane Birkin asked luxury manufacturer Hermès to remove her name from the famous totes.

The British model and singer has asked the French fashion brand to remove her name from its exotic leather handbags, citing the methods used to make the prestigious accessory are “cruel”.

While the Birkin is a popular tote among the A-list – in fact, it is often viewed as a symbol of wealth – the crocodile skin version, which can cost up to US$300,000, has angered animal rights activist including seventies icon Jane Birkin.

The star said in a statement: “Having been alerted to the cruel practices reserved for crocodiles during their slaughter to make Hermès handbags carrying my name … I have asked Hermès to debaptise the Birkin Croco until better practices in line with international norms can be put in place.”

Hermès responded with the following statement: “Jane Birkin has expressed her concerns regarding practices for slaughtering crocodiles. Her comments do not in any way influence the friendship and confidence that we have shared for many years. Hermès respects and shares her emotions and was also shocked by the images recently broadcast.”

Hermès are referring to an investigation conducted by PETA. The animal rights organisation published footage on its website about the “crocodile and alligator farming and slaughter for the company, which revealed live reptiles being sawn open, among other horrors.”

The luxury brand commented about the footage shown: “An investigation is underway at the Texas farm which was implicated in the video. Any breach of rules will be rectified and sanctioned. Hermès specifies that this farm does not belong to them and that the crocodile skins supplied are not used for the fabrication of Birkin bags.

“Hermès imposes on its partners the highest standards in the ethical treatment of crocodiles. For more than 10 years, we have organised monthly visits to our suppliers. We control their practices and their conformity with slaughter standards established by veterinary experts and by the Fish and Wildlife(a federal American organisation for the protection of nature)and with the rules established under the aegis of the U.N.O, by the Washington Convention of 1973 which defines the protection of endangered species.”

If you wish to see the PETA video, visit here but beware it is shocking.