“It Could All End Tomorrow”: In Conversation With Jake Gyllenhaal 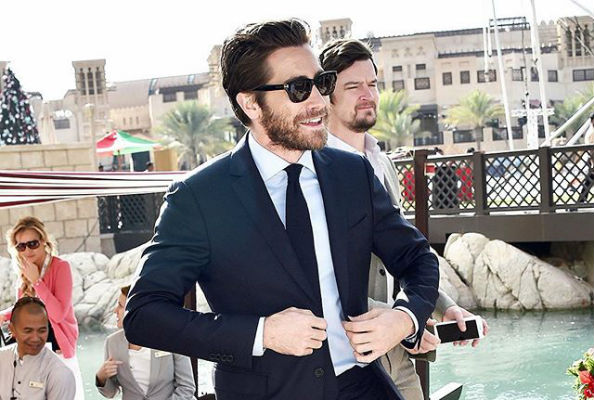 As the Dubai International Film Festival draws to a close, some lucky few descended upon the Madinat Jumeirah Theatre to witness critically acclaimed actor Jake Gyllenhaal in conversation.

Having been awarded the Variety International Star of the Year, Jake Gyllenhaal at DIFF opened up about his career, his methods, and from where he draws his inspiration.

Here’s what we have learned from the Hollywood heartthrob:

On listening to his instincts

I think I learned that worrying about perception makes things move more slowly. Listen to your instincts, they’re actually quick and sharp as a knife.

On the pressure of being an actor

The pressure comes from me having a very high standard for story, and knowing that you have to give it your all no matter what. I’ve come to terms with the fact that it’s quite possible it could all end tomorrow. All of the opportunities. Because of that, it allows me to commit fully to what I’m doing. 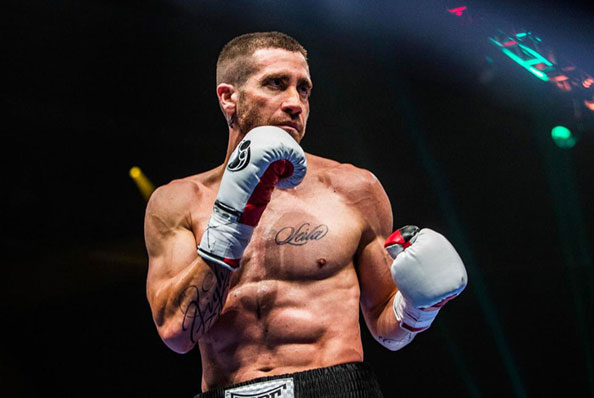 Jake Gyllenhaal is renowned for his transformations in film

On preparing for a role

There’s an intellectual stage where you’re really learning, and trying to find out about your character. If I find something, whether it’s a job or a skill, I’ll go and seek that out in reality and experience it.

On working with up-and-coming directors

I enjoy working with everyone at any stage of their game if they’re talented. I like to trust people. I’m just trying to listen to the director purely as an artist, as opposed to what everyone else is saying. If it all lines up, I’ll respect them and they’ll respect me.

On what he likes to see in a script

I think we’re looking for a sense of confidence. For me, I look at pace. When there’s a certain pacing in a screenplay, even if it’s slow, that’s what I’m looking for. It’s easy to mistake structure with really good dialogue and vice versa. I’m looking for something that has an end.

On movies that inspire him

I love every single one of Odie Art’s films. I also love Jerry McGuire and The Goonies. They shaped my childhood. The similarities between the filmmakes I love is the ability to not fear being intimate with their subject, and not commenting on their subject. Those are the people I admire, because they’re the type of person I aspire to be. 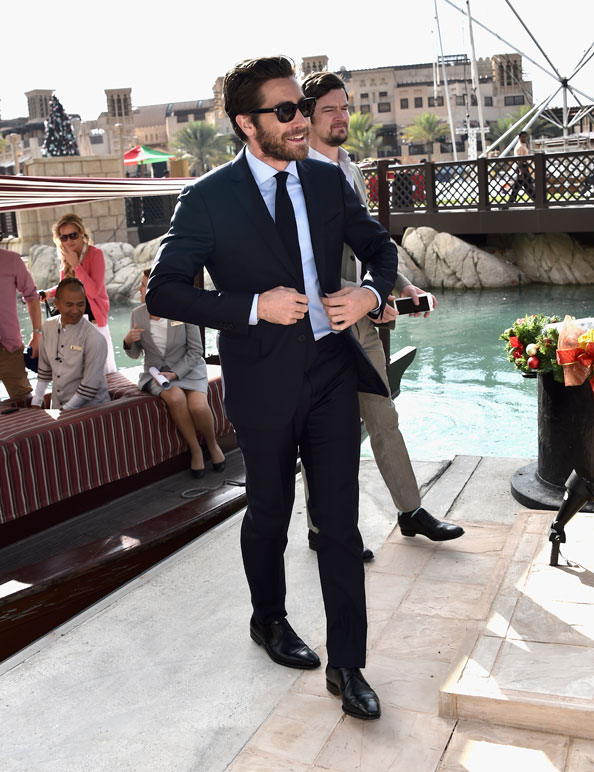 Jake at the Madinat

Yeah, I think, the Cohn brothers. Spike Jonze. Those are the type of people you see in films, and you just want to listen to what they have to say. I had the honour of being on the journey to Cannes with the Cohn brothers, and that was truly so fun. That was what I had always wished for: A mind meld with two brilliant people.

We live in a world where film has become more business than it has art. So many people’s schedules have become ‘you have them for a week’ or ‘for a month’. The world of film has changed, and it’s shaped by that thing.

Related Story: Where The A-List Sleep When In Dubai

On shaking off roles when he’s done

I think you hold a piece of that thing inside you, whether you like it or not, with all the characters you play. When I finished Nightcrawler and Southpaw I don’t think I realised how much time I’d put into the creation of the character. Then you get thrust out of it, and it’s done. And you’re like, ‘Wait, I’m a boxer!’ and ‘Where’s my daughter?!’ (laughs). 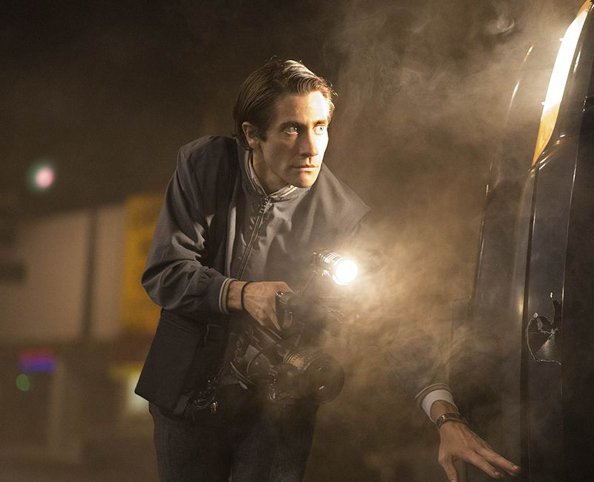 It still seems close in time. I think it had a part in shaping a mindset, or unshaping it. I’m very proud of that. It was a beautiful screenplay and I didn’t hesitate to take it. I’m an artist. That’s what I consider myself to be. It was about immersing yourself in something, regardless of whether anyone thinks it’s interesting.

On movies in general

They’re political. Whether they’re escapism to avoid the things happening in the world, in reality, or facing things head on.

On music he likes

Oh geez. I’m a big Drake fan, so… Actually I just said that so you’d all like me more (laughs). I take my guidance from hip-hop, to be honest. To me, it’s all about every situation you act like it’s your first time and your last. That’s from Biggie, you know (laughs). I’m also listening to this band Nathaniel R and the Night Sweats. There’s Otis Redding too. And the Hamilton soundtrack.

Related Story: See What The Celebs Are Getting Gifted At DIFF